The fight over “sanctuary” cities prompted a policy reversal on cooperating with ICE — imperiling Austin’s immigrants and at least one U.S. citizen. Despite being called “Sanctuary Sally” by her Republican opponent, Sally Hernandez sailed to victory in last year’s Travis County, Texas, sheriff’s race by pledging to end the department’s voluntary cooperation with U.S. Immigration and Customs Enforcement. That Hernandez’s stance would find a receptive audience in Travis County, which is dominated by the liberal bastion of Austin, was not altogether surprising.

“We did a lot of work long before she arrived,” explained Carmen Zuvieta, who volunteers with the ICE Out of Austin campaign, among other immigration activism. It was the work of activists like Zuvieta — whose husband was deported under the prior sheriff’s cooperation with ICE — that helped change the narrative around immigration in Austin, opening up the political space for a sheriff like Hernandez. “She told us a lot of times that she was going to take immigration out of jail,” said Zuvieta, who is originally from Mexico. “A lot of times.”

Hernandez largely kept her word early on in her term, explaining in a January video that her department would focus on local public safety issues while leaving immigration enforcement to federal officials. Hernandez’s policy included not honoring warrantless “detainers” or “holds” — requests from ICE for local jails to voluntary hold people that the federal agency says it believes are eligible for deportation.

How local jurisdictions treat ICE detainers has become a major criterion for granting the label of a so-called sanctuary city. Like many municipalities, Hernandez made certain exceptions to her refusal to honor detainers; in addition to accepting holds in tandem with a judge’s warrant, she made carve-outs in cases involving murder, aggravated sexual assault, or human smuggling.

“She told us a lot of times that she was going to take immigration out of jail. A lot of times.”

By the summer, the ground had shifted under Hernandez’s feet. In May, Texas Gov. Greg Abbott took to Facebook Live to sign a piece of harsh anti-sanctuary legislation called Senate Bill 4. The bill, which was set to go into effect on September 1, was crafted to compel local law enforcement authorities like Hernandez to cooperate with ICE or face criminal charges, removal from office, and hefty fines.

As legal challenges and appeals concerning SB4 continued to unfold, a ruling that left room for different interpretations prompted changes in Travis County’s immigration policies. In September, a few hours after the 5th U.S. Circuit Court of Appeals put some parts of SB4 into effect, Hernandez announced she would begin honoring ICE holds.

The 5th Circuit ruling had come on a Monday. That Tuesday, public records indicate that the sheriff agreed to honor three ICE holds — sticking to the norm she had claimed to be using all year. On Wednesday, that number jumped to 36 people. The number of people on ICE detainers have ticked down in the days since; the sheriff’s office confirmed that the department’s new ICE detainer policy was retroactively applied to everyone still in custody — including for 24 people for whom a detainer had been previously denied.

Five of the 36 people on that Travis County list indicated they were born in the United States, which would automatically make them U.S. citizens and therefore not subject to removal by immigration authorities. But people in detention self-report their place of birth, and the sheriff’s office says it “makes no attempt to validate the information,” according to the public documents.

The Intercept has confirmed that at least one person on the first full ICE detainer list that Hernandez began honoring is a decidedly unsympathetic U.S.-born citizen named Noell Knowlen.

Travis County, according to public records, honored very few, if any, daily ICE detainer requests up until the last week in September — making exceptions in up to a handful of requests per day. On several days last month alone, the sheriff declined to honor any ICE detainer holds at all. Putting Hernandez’s policy into effect had come with costs imposed by disdainful state officials. In early February, as Hernandez’s policy went into effect, Abbott yanked $1.5 million in grants from Travis County, forcing the elimination of more than a dozen positions carrying out county services.

Then came SB4. A lawsuit challenging its constitutionality resulted in a federal judge’s temporary injunction in late August, blocking the law from going into effect. The 94-page decision meant that Texas cities and counties that worked to protect immigrant communities could breathe a sigh of relief. It wouldn’t last long. Attorneys for the state of Texas immediately appealed the judge’s stay. With the original challenge set to be heard in November 7, Texas also asked the 5th Circuit Court to allow SB4 to go into effect immediately. A complex six-page ruling in September made some parts of the bill the law of the land — for the meantime, at least — and prompted Hernandez to shift her policy on ICE detainers.

The ruling on ICE detainers is especially confusing, said a legal expert who works on immigration issues. “It’s good in the sense that the 5th Circuit didn’t say that detainers were constitutional,” said Angie Junck, an attorney with the Immigrant Legal Resource Center. She said the stay allowed Travis County the “leeway and ability to look at detainers on a case-by-case basis,” adding that the decision’s vague language makes it difficult to understand. Immigrants in the country without authorization await breakfast in their barracks at Willacy Detention facility, in Raymondville, Texas, which is used by U.S. Immigration and Customs Enforcement for detainees awaiting deportation, on Dec. 18, 2008.

Whatever cooperation between Travis County and ICE emerged from implementing some parts of SB4, one of the effects was surely not supposed to be the immigration detention of U.S. citizens. Yet Noell Knowlen’s name was on the county’s ICE detainer list.

Knowlen does not fit the usual profile of names found on Travis Country ICE hold lists. More commonly, ICE detainers are issued against people with Spanish-language last names, or people who immigrated to the U.S., with or without authorization. Knowlen, on the other hand, is a white, U.S.-born citizen, with a very non-Spanish-language surname. Knowlen’s entry on the Travis County’s ICE detainer list is marked “ERROR IN ENTRY.” It’s unclear how the error was made or how it was identified.

A sex offender, Knowlen was in Travis County’s jail because he violated a court order. His name appears on the state’s sex-offender registry owing to a statutory rape conviction more than 20 years ago. None of his moral or legal failings, however, should have landed Knowlen on ICE’s detainer list, demonstrating the risk inherent in a system that is prone to serious error.

None of his moral or legal failings should have landed Knowlen on ICE’s detainer list, demonstrating the risk inherent in a system that is prone to serious error.

Knowlen has since been released from custody, and attempts to locate him proved unsuccessful. But his mother, Janet Hackworth, confirmed to The Intercept that she gave birth to him in the U.S. When told that Knowlen’s name appeared on an ICE detainer list, she grew frustrated. “Well, they’re full of it because he was born in Missouri,” she said. Hackworth added that she had no idea why ICE would ever place Knowlen on any list.

The erroneous placement of U.S. citizens on ICE detainer lists, however, isn’t new. Several lawsuits have been filed that challenge the use of detainers under the Fourth Amendment, which protects people from being detained without a warrant.

Like the rest of the Constitution, the Fourth Amendment protects everyone in the U.S., not only citizens. Junck, the immigration attorney, noted that, just this June, a Mexican national who’d previously been ordered deported by an immigration judge successfully argued that his constitutional rights were violated when he was held on a detainer for more than 70 days. The judge in that case, Orlando Garcia, is the same judge that issued the temporary injunction against SB4 in August.

“The point is, it’s unconstitutional to detain someone after they are ordered released, no matter what status they have,” Junck said. Referring to Knowlen, Junck added that Fourth Amendment protections against ICE detainers are “even stronger in a U.S.-citizen case like this, because ICE has no jurisdiction at all.”

Mistakes like the one in Knowlen’s case could create serious liabilities for Travis County. Kristen Dark, the sheriff’s office spokesperson, said that the department is taking direction from the Travis County Attorney’s Office on ICE detainers, adding that Hernandez’s department is concerned about the possibility of violating constitutional rights. “The very last thing she wants to do is deny civil liberties to someone who’s in this country legally,” said Dark. The ICE detainer requested for Knowlen, however, suggests the sheriff’s office is at serious risk of doing just that.

U.S.-born citizens are by no means the only ones imperiled by Hernandez’s about-face on immigration policy. “I think the bigger picture here is her honoring detainers will mean a lot more deportations for our communities,” said Bob Libal, the executive director of Grassroots Leadership. The group had run a campaign highlighting that Travis County, under the previous sheriff, had one of the highest deportation rates in the U.S.

“If any person who’s booked shows proof of citizenship, then that ICE detainer is declined as per the law,” said Dark, of the sheriff’s department. Those people on Travis County’s ICE detainer list who aren’t citizens, the majority of whom are from Mexico and Central America, will be turned over to ICE once their time in jail comes to an end. Parents, children, and other community members — the fabric of Austin’s community — would not be spared.

Junck pointed out that Hernandez was elected on a community-rights platform. The kind of policing she promised, focused on public safety, relies on buy-in from every resident — including immigrants. With her about face, Hernandez has perhaps permanently eroded the trust she worked to build with the city’s immigrant community. Even if Hernandez were to again reverse course abruptly on ICE detainers, immigrants might think twice about interacting with law enforcement in Travis County. “Now, I would never tell someone to trust the police,” said Zuvieta, the activist with ICE Out of Austin.

For people like Zuvieta, who channels the pain from her husband’s deportation into her activism, the sheriff’s broken promises mean many immigrants will once again suffer from segregation in Austin. As we spoke by phone, Zuvieta was waiting in her car to pick up her daughter from school. She wondered if the next police officer to pull her over would use her last name as a pretext to throw her in jail. “Will this police officer be the instrument that separates me from my children? From my community?” she asked. “From my whole life?”

Top photo: Sheriff Sally Hernandez congratulates her command staff after swearing them in at a Swearing-In Ceremony on January 4, 2017. 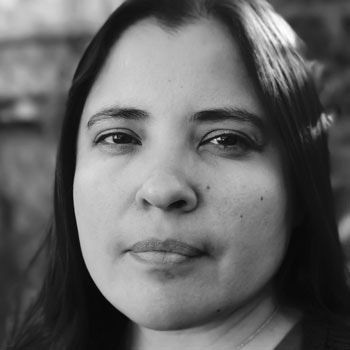