A passage in a major gunmaker’s annual report admits how fear feeds into panicked gun sales. 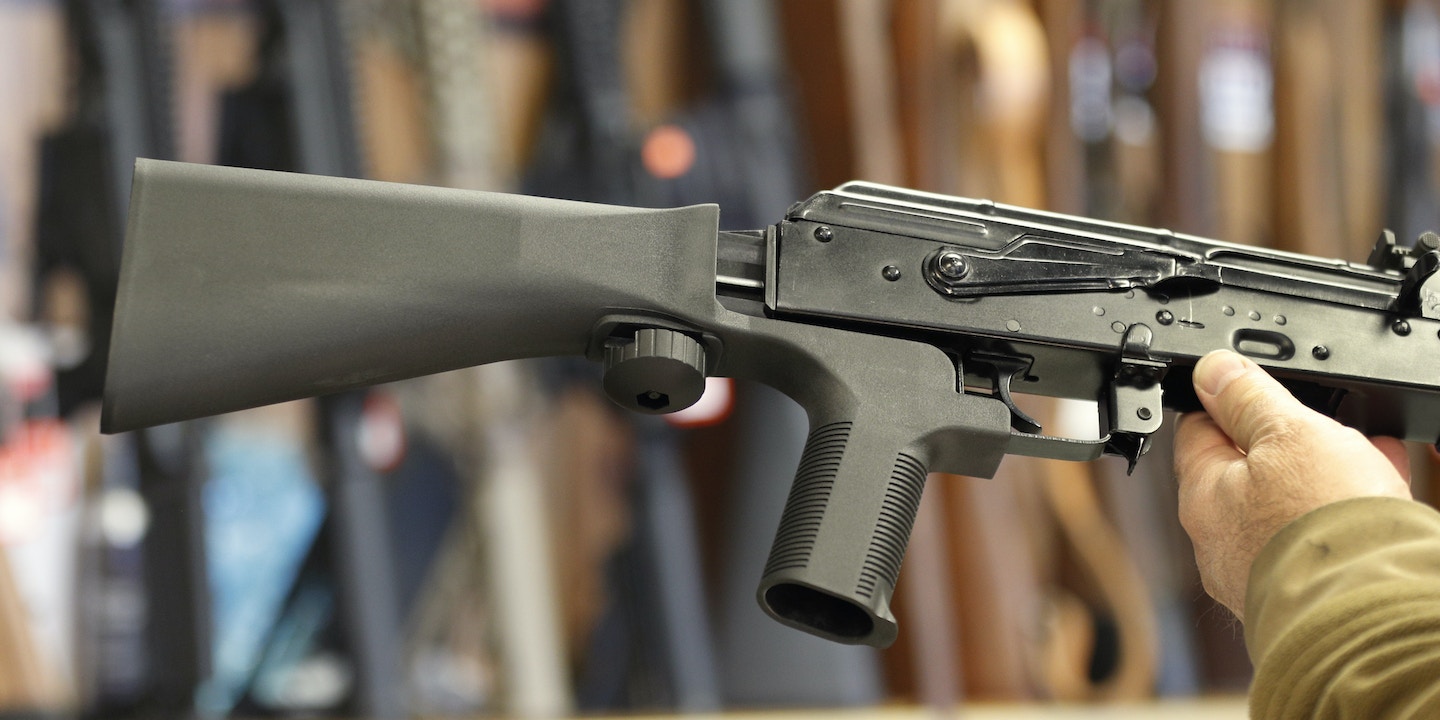 Following the mass shooting in Las Vegas, there has been a surge in sales of bump stocks — devices that can help increase the rate of fire of weapons like semi-automatic rifles.

The Georgia Gun Store in Gainesville told ABC Australia that it hadn’t fielded any requests for bump stocks in the past year, but the Las Vegas shooting changed that. Kellie Weeks, who owns the store, said there was increased demand following the shooting; she called several distributors but was told they were out of stock.

“Anybody that wants to get them is probably just worried that they’re going to be banned,” she said.

The surge in gun product sales following mass shootings and other major crimes is something the industry expects to happen. Just look at the 2017 annual report from American Outdoor Brands Corporation — the company formerly known as Smith & Wesson.

In the section of the the report discussing “risk factors,” the company cites speculation about gun control and “heightened fears” about terrorism and crime increasing consumer demand for their products:

In addition, speculation surrounding increased gun control at the federal, state, and local level and heightened fears of terrorism and crime can affect consumer demand for our products. Often, such concerns result in an increase in near-term consumer demand and subsequent softening of demand when such concerns subside. Inventory levels in excess of customer demand may negatively impact operating results.

The industry recognizing and acknowledging the role fear plays in its sales to investors is not new. In 2016, Sturm, Ruger & Co. President Michael Fifer told shareholders at the company’s annual meeting that the firm had seen a spike in a demand that “was strongly correlated to the tragic terrorist activities in Paris and San Bernardino.” This presented a “big opportunity for the distributors to step up and take on inventory.”