Puerto Rico is a long, long way from recovery, and the situation remains perilous on the ground. 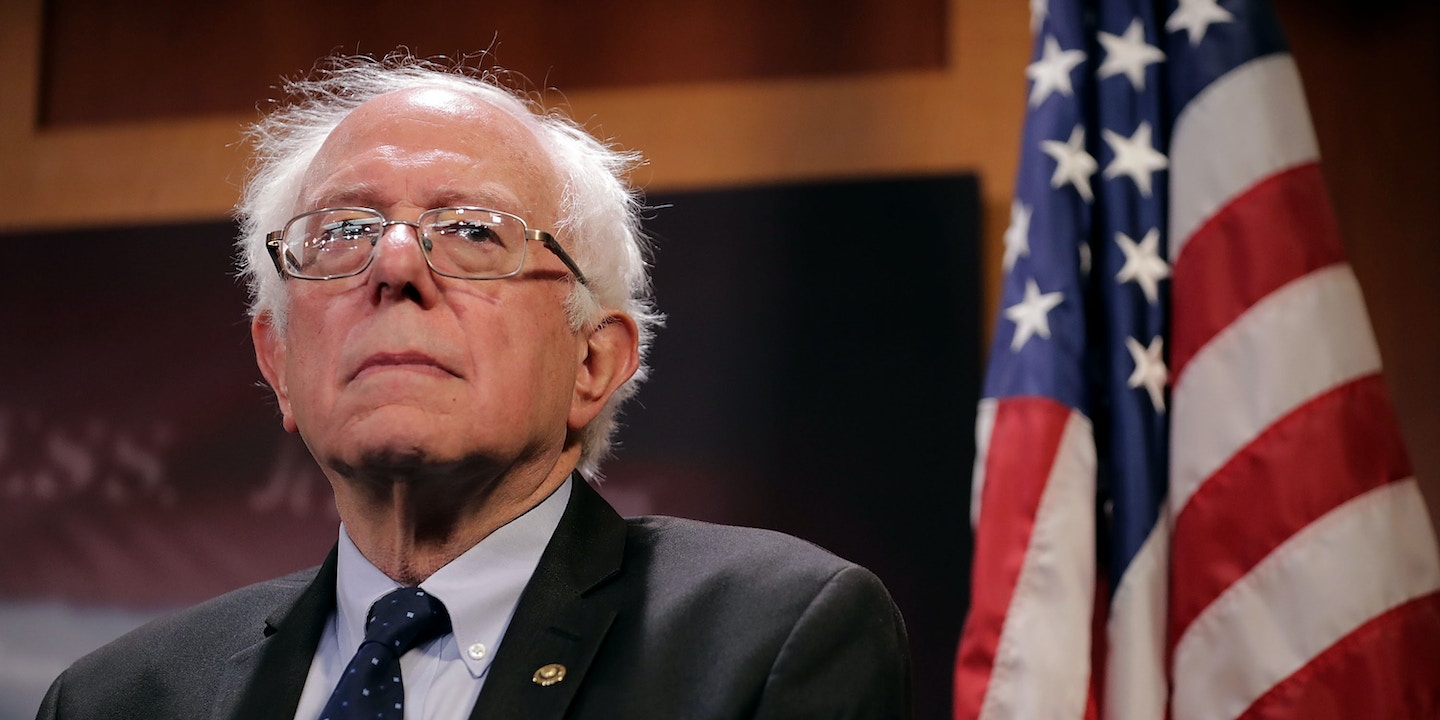 Vermont Sen. Bernie Sanders is working on a “comprehensive plan that includes debt forgiveness” for Puerto Rico, an effort that will be informed by his trip to the island on Friday, Sanders told The Intercept.

Sanders’s plan is being developed in conjunction with other members of the progressive flank of the Senate Democratic caucus. The plan is still in its early stages, but Democratic aides said that Sen. Elizabeth Warren, D-Mass., is one of the lawmakers involved in the informal talks with Sanders, hoping to lay down a marker as to where the party should be on the issue of aid, debt relief, and governance on the island.

Sanders and Warren opposed the 2016 debt deal Congress reached on Puerto Rico, which installed on oversight board and stripped the island of power over its budget. But it also created a legal bankruptcy structure that has been far less favorable to hedge funds than investors had hoped, giving leaders on the island hope that a major debt write-down could be in the offing. The devastation from Hurricane Maria only strengthens the case for relief, giving Sanders a new opening to push the case.

Sanders spokesperson Josh Miller-Lewis declined to comment further on Sanders’s plans, saying that they were in the early stages.

President Donald Trump, meanwhile, has scrambled the politics, promising to wipe out Puerto Rico’s debt, before the White House backtracked and said it would follow the bankruptcy process.

Nearly a month after Hurricane Maria, roughly 1 million Puerto Ricans still don’t have access to safe drinking water and 3 million are without power. Sanders, in a brief interview with The Intercept, succinctly described the situation as “disastrous.”

Even the metropolitan area, which is supposed to be immensely better off than the rest of the island, feels and looks post-apocalyptic. There are broken trees and power lines all over the roads.

around san juan today. there are broken trees and power lines everywhere pic.twitter.com/zN0FktHTcw

There are no functioning traffic lights, so, for the most part, people are careful when they drive around, and major intersections may have one or two people directing traffic. Very few businesses are open. Only a small handful of restaurants and coffee shops experienced minimal damage and continue to serve customers. There are piles of trash scattered everywhere, and nights are pitch-black.

Many families are leaving because almost every school remains closed, some perhaps permanently, with no plans to open in sight.

Puerto Ricans have mobilized quickly within their communities. Some groups provide free activities and classes to keep children occupied while others hand out supplies. But for the most part in San Juan, daily life remains massively inconvenient.

Puerto Rico’s Gov. Ricardo Rosselló estimates that Hurricane Maria has led to around $95 billion in damages. Only 27 percent of electricity has been restored, and, as of Friday, about 77 percent of residents have access to drinking water, according to status.pr.

Puerto Rican residents don’t agree with the government’s assessments, saying the statistics don’t do justice to the severity of the situation.

“They say that there’s a new percentage the government gave out last … I think it’s 70 percent has water,” Eduardo Mélendez, a local photojournalist said. “But it’s intermittent, you have water one day, then the other day you don’t have water. Water for our houses is not treated so it’s not potable so we can’t use it. … If you don’t have water, people can’t wash themselves properly, so that’s how you propagate illnesses.”

Emily Marerro, a mother of three living in Caguas, Puerto Rico, also offered a bleak description of life on the island.

“The government is trying to maintain a sense of ‘everything is well,’ and it’s not,” Marerro said. “Many died, recorded as a natural death. But how natural can it possibly be to die because your oxygen machine lost power or any other machine you were hooked up to? Some hospitals still turn away patients because they don’t have the resources to help them.”

Sanders last week announced he will be traveling to Puerto Rico instead of attending the Women’s Convention, where his invitation to speak faced backlash, as some argued it was insulting to schedule a man as the opening speaker for a convention celebrating women.

“I want to apologize to the organizers of the Women’s Convention for not being able to attend your conference next Friday in Detroit,” the Vermont senator said in a statement. “Given the emergency situation in Puerto Rico, I will be traveling there to visit with San Juan Mayor Carmen Yulín Cruz and other officials to determine the best way forward to deal with the devastation the island is experiencing.”