Four days after he was removed from office by the Spanish government, Carles Puigdemont insisted that he remains the legitimate president of Catalonia. 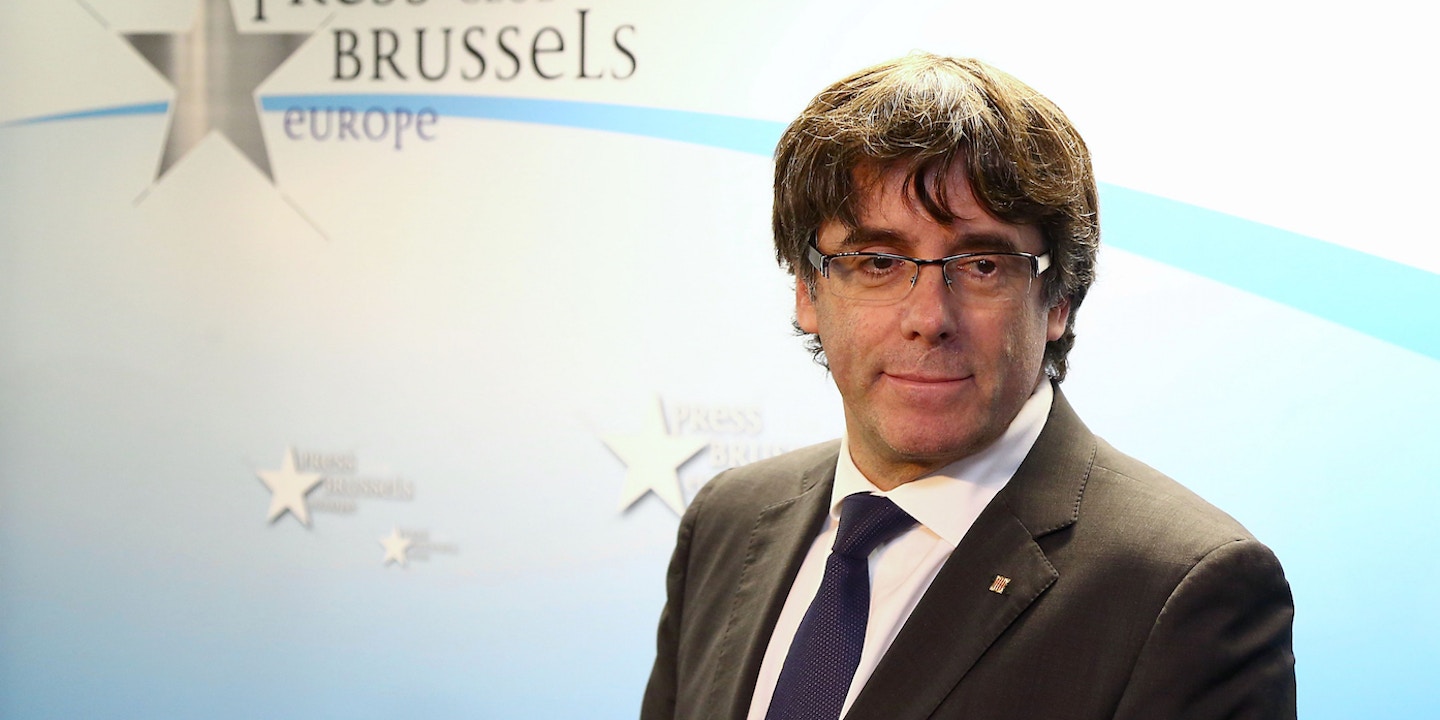 Four days after he was removed from office by the Spanish government and charged with sedition for declaring an independent Catalan Republic, Carles Puigdemont appeared in Belgium on Tuesday to insist that he remains the legitimate president of Catalonia.

Speaking at a news conference, the Catalan leader said that he and seven ministers from his cabinet would resist the imposition of direct rule by Spain’s central government from the safety of the Belgian capital, which is also home to the European Union.

"We have never abandoned the government of Catalonia and we will continue our work," says Carles Puigdemont https://t.co/miSRs0LYRp pic.twitter.com/RT9kwLbNr3

Despite rejecting the authority of the Spanish state to dissolve Catalonia’s autonomous government, and admitting that he will be forced to remain in exile for the immediate future, Puigdemont said that his pro-independence movement plans to take part in the elections for a new Catalan parliament on December 21 that have been decreed by Spain’s Prime Minister Mariano Rajoy.

The rest of the Catalan government, Puigdemont said, would resist Spanish rule from Catalonia. A short time later, the Catalan foreign minister, Raül Romeva, shared a photograph on Twitter of he and Deputy Premier Oriol Junqueras meeting on Tuesday in Barcelona with three other members of the regional cabinet.

Puigdemont pledged to respect the results of the upcoming elections and demanded a commitment from Spain’s central government to do the same, meaning that they would not dissolve the local legislature again, should pro-independence parties triumph.

Activists with two grassroots pro-independence groups responsible for organizing massive street protests, the Catalan National Assembly and Òmnium, suggested on Tuesday that the jailed leaders of their organizations, Jordi Sànchez and Jordi Cuixart, should be placed on the ballot as candidates in the election.

Puigdemont also dismissed rumors that he was in Belgium to seek political asylum, despite reports in the local media that he had hired a Belgian lawyer who previously helped a Basque separatist avoid extradition to Spain.

Carles Puigdemont says he is not seeking asylum in Brussels but is there for safety pic.twitter.com/Zw5SLGVt7X

Reports that the Catalan leader might seek asylum had been propelled by comments from the Belgian immigration minister, Theo Francken, a member of a Flemish nationalist party who questioned whether Puigdemont could expect a fair trial in a Spanish court.

The show of support from Francken was a mixed blessing for Puigdemont, since images of the Flemish nationalist celebrating the birthday of a retired member of his party who once collaborated with the Nazis quickly circulated on social networks in Spain.

In Spain, meanwhile, images of fascist salutes and Franco-era songs, seen and heard at rallies against Catalan independence in Madrid and Barcelona, have been deployed by separatists to argue that they are threatened by a menacing strain of Spanish nationalism.

Puigdemont, however, said that he had traveled to Brussels not to seek refuge in Belgium, but “because it is the capital of Europe,” and he wanted to make the point that Spain’s use of force to prevent a referendum on Catalan independence “is a European issue.”

Belgian Prime Minister Charles Michel reiterated his call for a negotiated solution to the Catalan crisis and made clear that, even though Puigdemont had not been invited to Belgium in any official capacity, he would be afforded “the same rights and obligations as any European citizen, no more, no less.”

Top photo: Catalonia’s dismissed leader Carles Puigdemont, along with other members of his dismissed government, arrives to address a press conference at The Press Club in Brussels on Oct. 31, 2017.