The U.S. has charged a number of Uzbek immigrants with terrorism, but data has shown that nationality is a poor indicator of terrorist threats. Sayfullo Saipov’s Halloween attack in New York City was a realization of a growing concern among U.S. counterterrorism officials.

Years before the 29-year-old immigrant from Uzbekistan plowed a rented Home Depot pickup truck through a bike lane in Lower Manhattan, killing eight people in an apparent ISIS-inspired attack, the FBI had begun to target Uzbek immigrants in the United States with digital surveillance, as well as undercover informants.

Those domestic investigations, spurred in part by intelligence reports that showed Uzbek fighters joining the Islamic State in Syria and elsewhere, suggested there was a small, tight-knit community of Uzbeks in the U.S. who were drawn to violent extremism. But although this week’s attack has led President Donald Trump to call for additional immigration restrictions, the history of terror attacks in the United States shows it’s hard to generalize based on nationality.

Federal prosecutors charged Saipov with terrorism-related offenses today. The FBI is searching for information about a second Uzbek man, Mukhammadzoir Kadirov, possibly in connection with the attack.

The FBI has acknowledged that Saipov, who drove trucks for a living and reportedly embraced extremism after arriving in the U.S. in 2010, was known to federal agents as a result of his contact with another Uzbek man who was under investigation for links to terrorism in New York. It’s not uncommon for FBI agents to conduct so-called threat assessments — limited investigations to determine whether someone could be a national security concern — when someone is found to associate with the target of FBI counterterrorism investigations. For example, the FBI conducted a threat assessment of Omar Mateen, the ISIS-inspired attacker in the 2016 nightclub shooting in Orlando, when agents learned that he knew Moner Mohammad Abu Salha, a Florida man who joined Nusra Front and became the first American suicide bomber in Syria. Uzbeks are a relatively new cohort of terrorism defendants in the United States. The Department of Justice has prosecuted nine Uzbeks on terrorism-related charges; the first charge was filed in Alabama in 2011, against a young man who wanted to assassinate former President Barack Obama. He had contacted an FBI informant to obtain weapons and was arrested after purchasing an assault rifle from an undercover FBI agent in a hotel room.

The most significant FBI investigation of Uzbeks in the U.S. involved a group of five Uzbeks and a sixth man from Kazakhstan who were living in Brooklyn and trying to help each other travel to Syria to join ISIS. Given its location in New York, this seems the most likely of the publicly disclosed FBI investigations to have resulted in an assessment of Saipov. 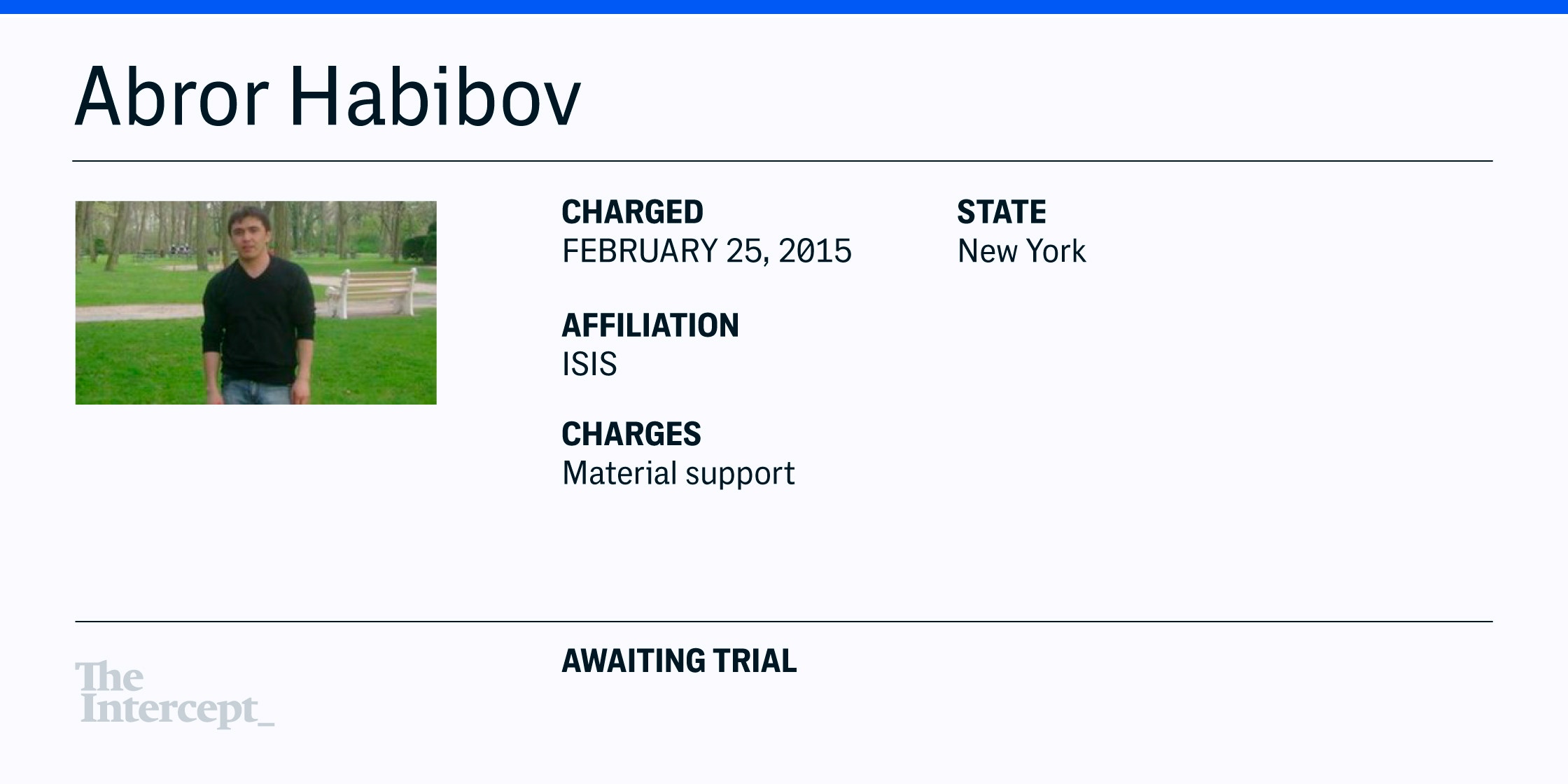 The case of the Brooklyn Uzbeks involved a 30-year-old entrepreneur named Abror Habibov, who operated kiosks that sold kitchenware and repaired mobile phones in malls in Florida, Georgia, Pennsylvania, and Virginia. One of the Uzbek men that Habibov employed, Abdurasul Hasanovich Juraboev, had visited an Uzbek-language online forum in August 2014 and asked how he and some friends could join ISIS without being in Syria or Iraq.

“We too wanted to pledge our allegiance and commit ourselves while not present there,” he wrote. “I am in USA now but we don’t have any arms. But is it possible to commit ourselves as dedicated martyrs anyway while here? What I’m saying is, to shoot Obama and then get shot ourselves, will it do? That will strike fear in the hearts of infidels.” The FBI identified Juraboev through his internet protocol address, and agents went to his home. Juraboev spoke to the agents, according to an FBI affidavit, and did not hide his interests in joining ISIS. He acknowledged that he wrote the post on the Uzbek-language forum and said he would try to kill Obama if ordered to do so by ISIS. Juraboev reiterated what he said in a statement he wrote in Uzbek and provided to the FBI. He also told agents that a friend from Kazakhstan, Akhror Saidakhmetov, wanted to join ISIS as well.

The FBI then began to monitor Juraboev’s and Saidakhmetov’s communications, discovering that they were making concerted efforts to contact people who could help them cross from Turkey into Syria.

In September 2014, a month after Juraboev’s meeting with the FBI, federal agents introduced a paid undercover informant, who approached Juraboev at his Brooklyn mosque. The informant encouraged Juraboev and Saidakhmetov to travel to Syria. With money Juraboev earned from working at Habibov’s mall kiosks, and with a promise from Habibov that he would provide more money for transportation to Syria, Saidakhmetov bought airplane tickets for Juraboev and himself. Habibov waited outside the travel agency as the tickets were purchased, according to the FBI’s criminal affidavit.

The arrests of Juraboev, Saidakhmetov, and Habibov also led to the apprehension of two additional Uzbeks who had provided money for the trip to Syria, revealing a small network in Brooklyn that was interested in supporting ISIS.

Meanwhile, across the country, the FBI also investigated two Uzbeks who were remarkably similar to Saipov: They both drove trucks for a living and reportedly drifted to extremism after their arrival in the United States. Fazliddin Kurbanov came to the U.S. as a refugee from Uzebekistan in 2009 and resettled in Boise, Idaho. When Kurbanov was young, his parents converted to Christianity and faced persecution in Uzbekistan, but Kurbanov became a Muslim again once in the U.S. Kurbanov was charged with terrorism for discussing the possibility of raising money for the Islamic Movement of Uzbekistan and talking about a bomb attack with an FBI informant. At the time of his arrest, FBI agents found bomb-making material in his home. (The Islamic Movement of Uzbekistan, whose mission is to overthrow the nation’s secular government, has reportedly fractured, with some members aligned with Al Qaeda and others with ISIS.) 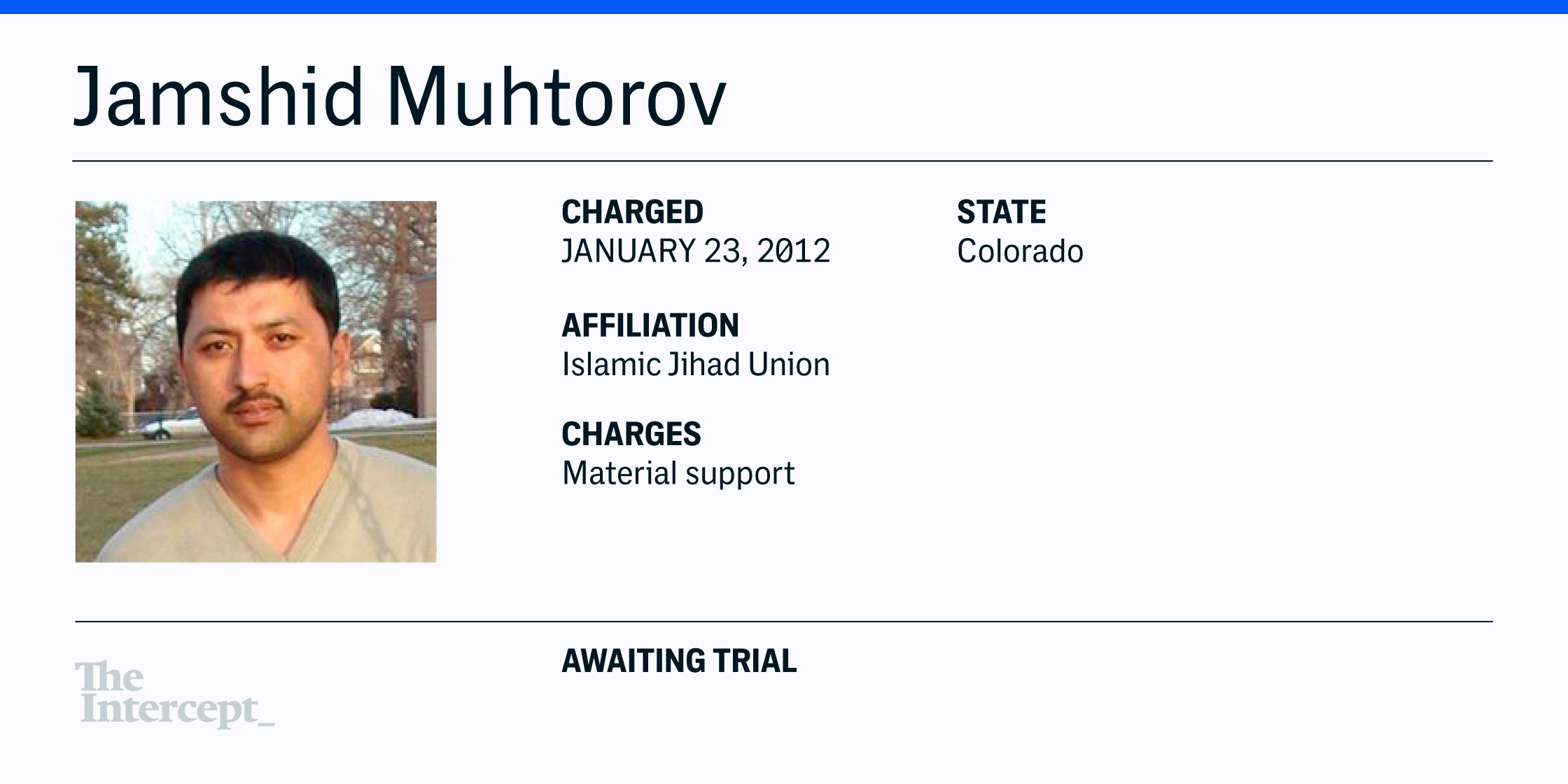 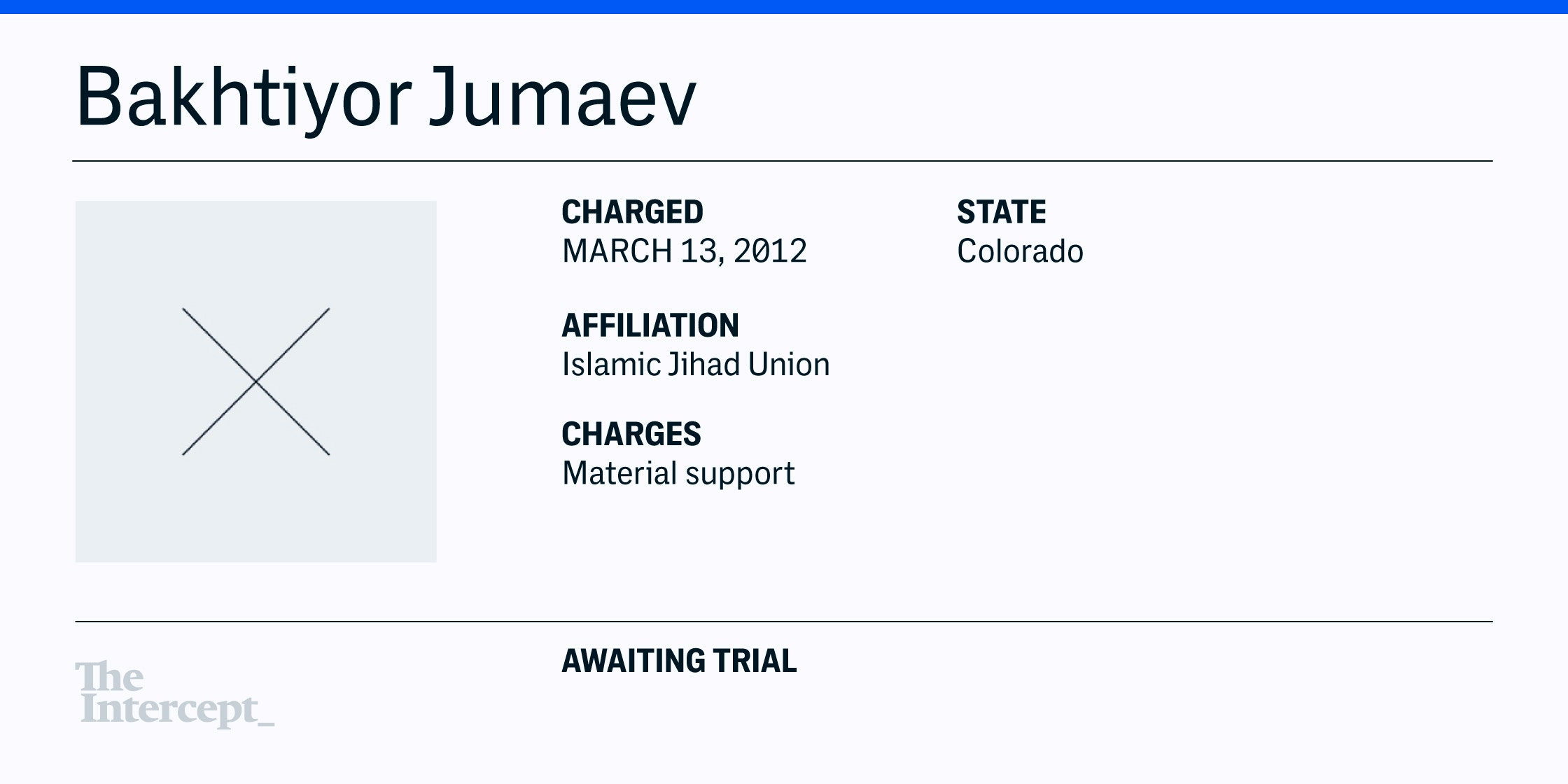 Jamshid Muhtorov, an Uzbek living in Colorado, allegedly swore allegiance to the Islamic Jihad Union, an Islamic Movement of Uzbekistan splinter group, and was arrested after attempting to board a flight to Turkey. Bakhtiyor Jumaev, an Uzbek friend of Muhtorov’s who was living in Philadelphia, was also arrested for trying to join the Islamic Jihad Union. In Muhtorov’s case, the FBI was so alarmed that it requested NSA surveillance of his digital communications.

The FBI’s concern with and recent arrests of Uzbeks has not been reflected in immigration policy. Trump used this week’s attack to call for more “extreme vetting” and “merit-based” visas, but the administration’s orders on immigration have not focused on Uzbekistan. None of the iterations of Trump’s travel ban included the country, and in fact, following the ban, Uzbekistan was among the Muslim-majority nations that saw an increase in travel visas to the U.S.

When he was a U.S. senator, Attorney General Jeff Sessions tried to justify what would become Trump’s ban by analyzing the country of origin of previous terrorism defendants. He assigned the staff of the Subcommittee on Immigration and the National Interest, which he chaired at the time, to research the country of the origin and immigration status of all terrorism defendants on a Justice Department list that ended in 2014. At the time that list was created, only one defendant — the man in Alabama who bought an assault rifles from an undercover agent — was from Uzbekistan.

Top photo: Federal authorities search an apartment in Boise, Idaho, on Cassia Drive on Thursday afternoon, May 16, 2013. U.S. authorities in Idaho said they have arrested a man from Uzbekistan accused of conspiring with a designated terrorist organization in his home country and helping scheme to use a weapon of mass destruction. Fazliddin Kurbanov, 30, was arrested at an apartment complex in south Boise on Thursday morning after a grand jury issued a three-count indictment as part of an investigation into his activities in Idaho and Utah.