“I came out of that conversation saying that this was a formidable adversary,” says AFT head Randi Weingarten. 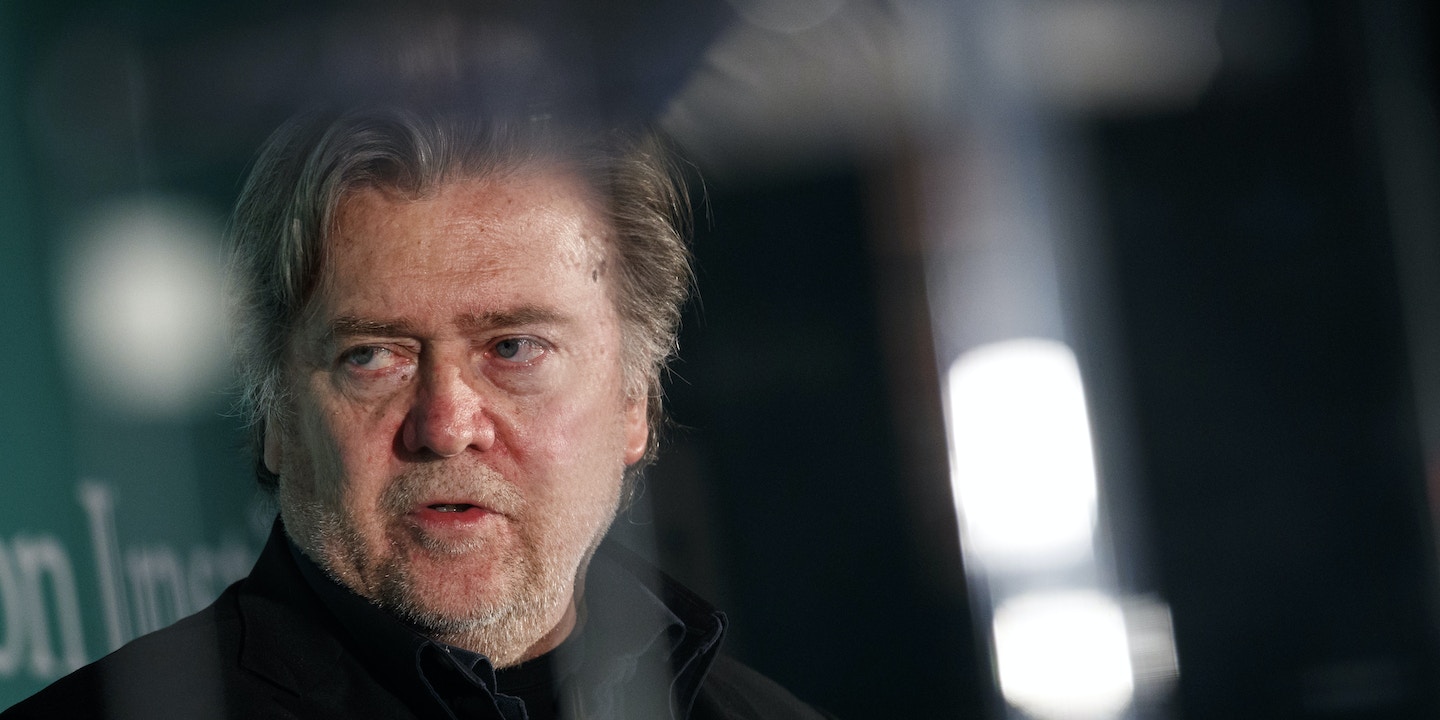 American Federation of Teachers President Randi Weingarten met one-on-one with then-White House chief strategist Steve Bannon back in March, following the announcement of President Donald Trump’s proposed budget cuts and plan to craft a $1 trillion infrastructure package. The Intercept learned of the meeting, which has not been previously reported, independent of Weingarten or Bannon. It was instigated through a mutual friend and appeared to be part of Bannon’s effort to realign the parties, according to Weingarten.

“Look, I will meet with virtually anyone to make our case, and particularly in that moment, I was very, very concerned about the budget that would decimate public education,” Weingarten said. “I wanted it to be a real meeting, I didn’t want it to be a photo-op, so I insisted that the meeting didn’t happen at the White House.”

Weingarten didn’t take notes at the meeting, which was held at a Washington restaurant, but told The Intercept she and Bannon talked about “education, infrastructure, immigrants, bigotry and hate, budget cuts … [and] about a lot of different things.”

She came away a bit shook. “I came out of that conversation saying that this was a formidable adversary,” she said.

He was looking, Weingarten said, for some common ground that could assist him in realigning the two parties, his long-term goal in politics.“I think he sees the world as working people versus elites. And on some level, he’s thought about educators as working-class folks. But what he doesn’t do is think about the other side of educators, as people who fiercely believe in equality and inclusion. It isn’t an either/or philosophy. The [Martin Luther] King philosophy of jobs and justice is not the Bannon philosophy, let’s put it that way,” she said. “He’s trying to figure out where the friction is, and how to change the alignment. I think that’s really what he was trying to do.”

Hearing Bannon attack elites, including the types of hedge fund Democrats who fund the charter school movement, in the same way she would, was surreal. “He hates crony capitalism,” Weingarten said. “The same kinds of things [we say], you could hear out of his mouth, and that’s why it’s so — you sit there in a surreal way, saying, ‘How can you sit right next to all these elites?’”

Since the election, Weingarten has emerged as one of the most vocal leaders within Democratic circles to resist Trump’s agenda – regularly speaking out against Education Secretary Betsy DeVos, deportation threats, budget cuts, and attacks on the Affordable Care Act. She was one of the first Hillary Clinton allies to endorse the Bernie Sanders-backed Keith Ellison in his race for chair of the Democratic National Committee.

Less than two weeks after the election, Weingarten and Maureen Costello of the Southern Poverty Law Center sent an open letter to the president-elect, signed by 100 other organizations, calling on him to forcefully denounce hate. “While you spoke against bullying, intimidation and hate crimes in your ‘60 Minutes’ interview, the appointment of ‘alt-right’ hero Steve Bannon as your chief strategist — which has been cheered by the Ku Klux Klan, the American Renaissance and other white supremacist groups — sends the exact opposite message,” they wrote.

Bannon’s embrace of the “alt-right” movement has at once propelled his rise and put a ceiling on it. It took him from obscurity to the White House and now to the head of a rebel conservative movement. But his ability to realign the parties is hampered by those more noxious elements of his coalition. It was reportedly Bannon, for instance, who urged Trump to not condemn white nationalists in Charlottesville, Virginia, even after one of them allegedly killed a counterprotester with his car. That makes Bannon’s hunt for allies among labor unions and within the black and brown working class that much harder.

“This is one smart guy,” Weingarten said, “but I was pretty clear with him about my criticism of the white nationalism philosophy.” For Weingarten, who is Jewish and a lesbian, Bannon’s “alt-right” politics are more than an abstract threat. Indeed, in a typical White House, a labor leader would not ask to have a meeting outside the White House and then say nothing about it for six months.

In August, just days before he was fired (or resigned) from Trump’s administration, Bannon called Robert Kuttner, co-editor of liberal magazine American Prospect, to talk about a range of issues, including trade and identity politics. Kuttner published a summary of their conversation, remarking that he left “with a sense both of [Bannon’s] savvy and his recklessness.”

Weingarten came away with the same impression: “Let me say it this way: Kuttner’s download about their meeting was not surprising to me in the least.”

At the time of the meeting, the Trump administration had proposed slashing the federal education budget by 13.5 percent, a figure that would amount to more than $9 billion in cuts. The White House also proposed cutting Medicaid by $800 billion, threatening school districts with funding they use to provide health and special education services.

“I saw that meeting as my doing my job of trying to find a way to convey, in any way I could, that the public and even his voters had fierce opposition to the education cuts,” she said, adding that she told Bannon their polling showed half of Trump’s voters opposed his cuts.

Bannon, meanwhile, was working hard to build a coalition to push through an infrastructure deal, as well as drive a wedge through organized labor’s longstanding support for the Democratic Party. In January, just three days after Trump’s inauguration, Trump invited five union leaders to the White House to discuss trade and infrastructure spending. Earlier that same day, Trump formally withdrew the United States from the Trans-Pacific Partnership, in an executive order that drew praise from the union leaders he was hosting. Both Teamsters President Jim Hoffa and AFL-CIO President Richard Trumka, who were not at the meeting, also released statements applauding Trump’s move.

The AFT is a key affiliate member of the AFL-CIO, the largest union federation in the country, and the White House may have recognized that Weingarten could present problems for their economic agenda. On March 13, three days before the administration’s proposed budget cuts were announced, Axios published a piece describing how the teachers union leader could complicate Trump’s infrastructure plans, because the AFT has sizable pension investments wrapped up in private equity, and the White House was hoping to leverage private equity to help fund the infrastructure package. “Weingarten doesn’t control the pension money but she’s got a substantial bully pulpit,” the Axios article said, adding that she “also holds a lot of political sway at the local and state levels, which matters because more infrastructure spending is currently financed via the municipal bond market.”

The AFT was the first labor union to endorse Clinton in the 2016 election, months earlier than other unions, including the National Education Association. The AFT represents 1.7 million teachers, paraprofessionals, higher education faculty, and health care workers, among others.

Weingarten said she ultimately viewed the encounter as an opportunity to make her case for public education. “If you are the president of the union and you’re fighting fiercely to get budget restorations and to not have a dismantlement of public education or of higher education and the administration asks to – or it’s made clear to you that they want to meet – you meet,” she said. “You don’t not meet. You meet.”

In addition to the open letter sent to the Trump in November 2016, Weingarten sent another letter to the White House — which has not been previously reported — this past July. In it, she emphatically lays out the AFT’s concerns about how the president’s budget plans would impact schools, writing that she hopes Trump “can find time to discuss these issues” with her, as well as ways to strengthen public education.

Weingarten told The Intercept this meeting with Trump has not happened. Bannon declined to comment on the meeting.