As Australian white supremacists surrounded an Iranian-born lawmaker at a pub in Melbourne, calling him a “monkey” and a “terrorist,” a colleague stepped in. 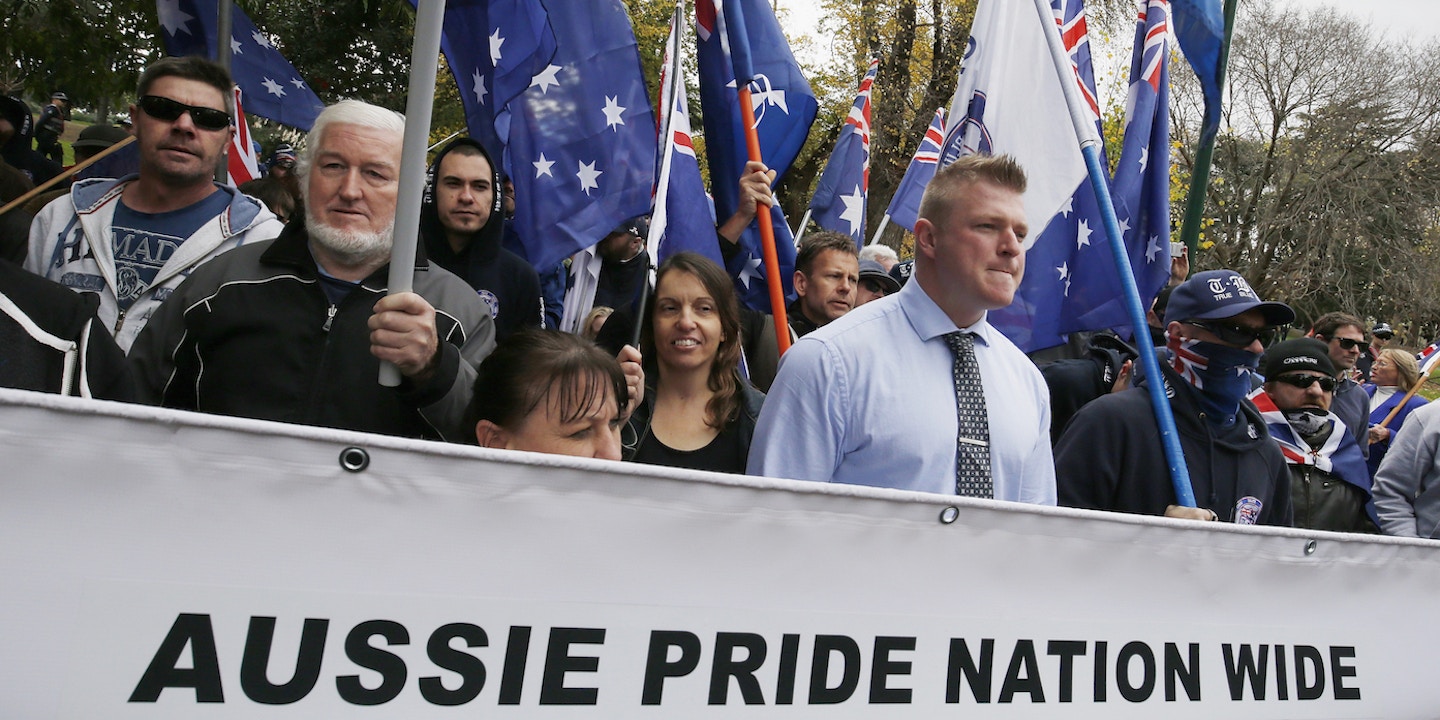 Australian white supremacists surrounded and harassed an Iranian-born lawmaker at a pub in Melbourne on Wednesday, calling him a “monkey” and a “terrorist,” as they filmed the encounter for their Facebook page.

Footage of the incident recorded by members of the white supremacist group Patriot Blue showed that the lawmaker, Senator Sam Dastyari, refused to take the bait. “Honestly, I think you guys are a bunch of racists,” Dastyari told them, “I don’t have time for you.”

With what the Australian politics observer Sean Kelly called “the self-satisfaction of a 5-year-old who’s just learned the phrase ‘I know you are, but what am I?'” one of the men then asked the senator again and again, “What race is Islam?”

After the men followed Dastyari back to his table and continued to ask him, “What race is Islam?” the senator’s friend and fellow legislator, Tim Watts, leaned into the phone of one white supremacist and replied, “What race is dickhead?”

I must have watched Tim Watts saying "what race is dickhead" a dozen times and it hasn't stopped being funny yet pic.twitter.com/hDnOV1uLkg

Watts’s rejoinder was removed from Facebook along with the rest of the white supremacists’s video, but it was preserved online and by several media outlets.

The member of parliament from Melbourne was widely praised for the comeback on social networks.

Stomach drops watching this. Hard to reconcile that attitudes like this exist. @samdastyari handled it like a champion but I’m staggered he has to deal with it at all. #WhatRaceIsDickhead https://t.co/V7tEi8oysQ

“This type of extremism, this white nationalism, this is what leads to Charlottesville in the U.S.,” Dastyari told Sky News on Thursday. “This is what leads to the problems they have in America and frankly, the far-right in Australia, yeah, do feel empowered at the moment.”

.@samdastyari: There is no room for extremism in Australia. This is what leads to Charlottesville. MORE: https://t.co/WSZsuZspMw pic.twitter.com/kNxiD3NE8b

At another stage in video of the incident posted on Dastyari’s Facebook page, one of the white supremacists can be heard proclaiming himself an “original Australian. Proud of it.”

The same white supremacist group was responsible for disrupting a city council meeting in north Melbourne last year after the council decided to stop referring to the 26th of January as Australia Day. That national holiday commemorates the arrival of a British fleet of 11 convict ships in 1788, and the raising of the Union Jack at Sydney Cove. Several local legislatures have stopped marking the holiday out of respect for Australia’s Aboriginal population.