In “Home Fire,” British-Pakistani writer Kamila Shamsie rewrites Antigone to explore the long legacy of the war on terror. 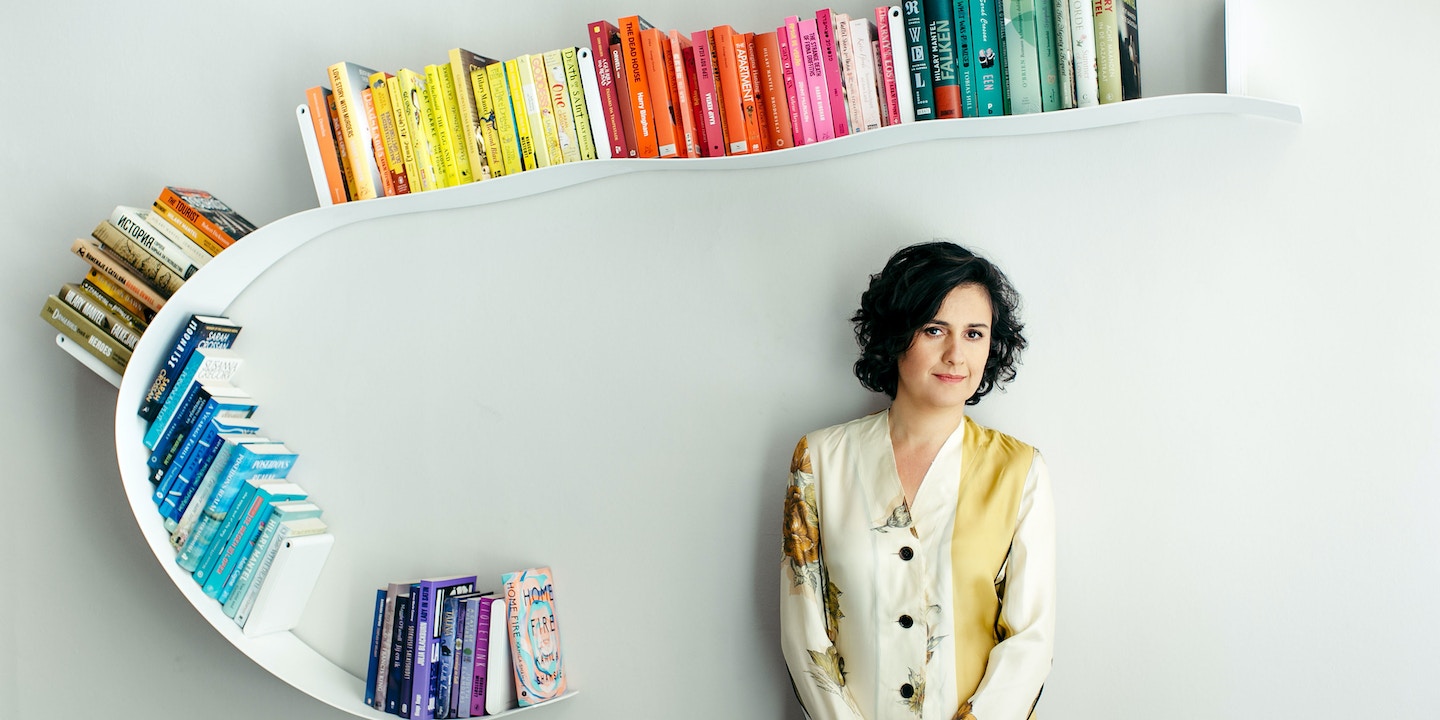 Kamila Shamsie didn’t have to stretch to fit the plot to the times when she decided to adapt the Greek tragedy Antigone into a contemporary novel about terrorism.

In Sophocles’s play, the heroine Antigone buries her dead brother, although he has been declared a traitor and denied funeral rites by the king, Creon. For that, Creon condemns Antigone to death, despite the pleading of his son (her betrothed), his wife, and public opinion.

Hysteria around the burial of terrorists isn’t only ancient: In the wake of the Boston Marathon bombing in 2013, officials in Massachusetts responded to this primal fury by acceding to protests that the body of the slain bomber, Tamerlan Tsarnaev, should not be buried in the state. Democratic Sen. Ed Markey said at the time, “If the people of Massachusetts do not want that terrorist to be buried on our soil, then it should not be.” Protesters’ signs bore slogans straight out of Sophocles: “Bury this terrorist on U.S. soil and we will unbury him.”

In Shamsie’s retelling of Antigone, the recently published “Home Fire,” the family at the center of the drama is British-Pakistani: two sisters, Isma and Aneeka, and their beloved brother Parvaiz, who goes to Syria to join the Islamic State. Their story is intertwined with that of Karamat Lone, imagined as Britain’s first Muslim home secretary, one who shares the anti-immigrant politics of Theresa May. Parvaiz is quickly disillusioned with the caliphate and tries to return home, but Lone has a new zeal for stripping people associated with terrorism of their citizenship. Parvaiz’s sisters are drawn to try to save him, and the end is predictably tragic.

The gripping novel explores how Western responses to terrorism show the limits of our ideals and laws. In an interview over Skype, Shamsie told me her initial imperative with the novel was to explore the question of citizenship, to delve into what it means to begin stripping people of citizenship for certain crimes. “Repeatedly people in [Theresa May’s] government have said, ‘citizenship is a privilege not a right,’” Shamsie said. “And that’s simply legally untrue, but increasingly they want to be able to take away citizenship for people who they think are unworthy. And they get to decide.”

She added: “It’s your own citizens and you’re saying that for all that we have, our judicial system and prison system and probation and all of that, this is the one crime that we don’t know how to deal with, so we’re just going to leave you out of the country. It should be seen as a real failing of a state, to say that our judicial system is incapable of knowing how to respond to this criminal act.”

Rather, crimes of terror are considered a category apart, an offense so extreme that society’s order is upended in reaction, and laws and tradition are suspended. (In the poet Anne Carson’s unconventional adaptation of Antigone, she writes: “a state of exception/ marks the limit of the law/ this violent thing/ this fragile thing.”)

And, as in the United States, the notion of terror is racialized and associated with Muslims. (President Donald Trump entertaining the idea of sending Sayfullo Saipov, the man who killed eight people when he drove a truck down a bike path in Manhattan on Halloween, to Guantánamo, is at this point to be expected.) While stripping citizenship might initially be justified only in terrorism cases, Shamsie noted May’s attempts to revoke the passports of a group of British-Pakistani men convicted of sex crimes – “There’s no way of saying it’s not about Islamophobia and racism, because no one is making those suggestions about anyone who is white and committing similar crimes.”

In the narratives that she read of radicalization, of youth attempting to join ISIS, Shamsie saw only demonization and one-dimensional narratives: “It’s almost an inevitability now. If you’re young, Muslim and male, and angry, then you’re going to strap a bomb onto yourself.” But she dug into research on ISIS propaganda and youth who were convinced by it, and found that the reality for many teenage would-be fighters, was complex.

“One of the things I was interested in was the lure being something other than violence, and all the other ways that this world that we know to be nihilistic and brutal could also be seductive,” Shamsie said.

To convince 19-year-old Parvaiz, the ISIS recruiter plays on his insecurities and loneliness and offers him an imagined community of brotherhood. In “Home Fire,” in keeping with a long lineage of feminist interpretations of Antigone, the experience of women is made central; it’s the sisters, mothers, and lovers who aren’t just the targets of violence but also bear the burden of its aftermath.

“There is this link between masculinity and violence that should be inescapable, it should be part of every conversation on violence.”

“There is this link between masculinity and violence that should be inescapable, it should be part of every conversation on violence,” said Shamsie. “Instead we compartmentalize violence: There’s the violence of gun shooters in America, there’s the violence of suicide bombers in Iraq, there’s domestic violence everywhere, there are men in Pakistan who are committing honor killings — and we don’t draw the line between all of them and say, What is it with men, what is it with masculinity, what is it that young men do to prove to themselves or to someone else that they are a man in the right kind of way?”

Parvaiz also has a particular lineage that the recruiter exploits: His father was in U.S. detention in the prison at Bagram, likely tortured, and died while being brought to Guantánamo. (The father is also the Oedipus figure from Antigone, his sins staining his family long after he is gone.)

“Another thing I really did want to bring in there was the fact that actually British foreign policy has a lot to answer for,” said Shamsie, listing off participation in extraordinary rendition and the war in Iraq. “When you look at the propaganda, there’s certain bits of it where you can say well that’s just lies … but there were other things where you thought, actually, all you need to do is say, Here are all the things the British state has done. How can you live here?”

“The thing about Guantánamo – that doesn’t just disappear,” she adds. “You can’t just say, Well, we did that and now we’re at another stage of things, partly because there are still people in there, but also because there are consequences. So I suppose one of the things I wanted to talk about was what happens a generation down from that, to people who grew up in a world where America and its close ally Britain have been involved in directly or indirectly or complicit in this horrendous thing that went on and is still going on.”

All of these complexities are missing from most media narratives of radicalization and so is the possibility of empathy, Shamsie believes. In her research, she found little compassion for the families whose children had gone to Syria, “families facing the most horrendous thing — your child or your sibling who is very young or very stupid or angry — has gone to a place from where you know they will probably never return. And these families are treated as though they are guilty, rather than as if they are mourning.”

The novel gave Shamsie the space to create that empathy.

“We need to be able to imagine ourselves in the position of, say, a 19-year-old British-Muslim man whose father died on his way to Guantánamo,” she said. “It’s not to say you do that to justify everything – I think a lot of what he did was terrible. I mean, what he did to his sisters is to me the unforgivable bit.”

She paused and added, “Well, maybe it’s unforgivable, but it’s not inhuman.”