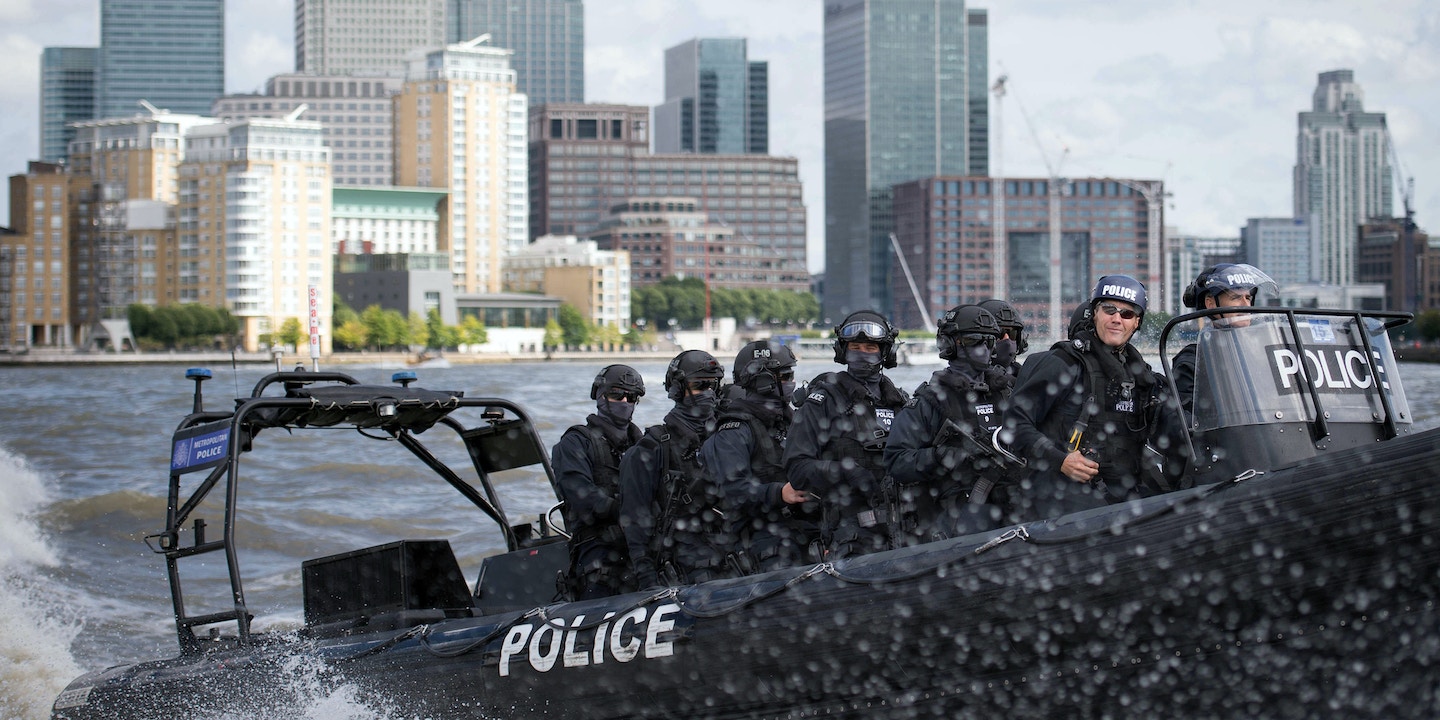 A secretive British police investigation focusing on journalists who have worked with Edward Snowden’s leaked documents is still active more than four years after it was launched, The Intercept has learned.

The disclosure that the probe remains active prompted criticism on Monday from the National Union of Journalists, the U.K.’s largest journalists’ organization. Sarah Kavanagh, a spokesperson for the group, said that news reports based on the Snowden documents had exposed unlawful covert surveillance activities in the public interest.

“The media are often the only group in society able to reveal the intelligence and security forces have exceeded their legitimate powers and remit,” Kavanagh said. “The Met Police should be condemned for keeping journalists under investigation because they worked on the Snowden leaks. The investigation should be halted immediately. Journalism is not a crime.”

The origins of the investigation can be traced back to May 2013, when Snowden, a National Security Agency contractor, turned over a cache of classified documents about government surveillance to journalists, including Intercept co-founder Glenn Greenwald, who was at that time working for British news organization The Guardian. Among the documents were details about mass surveillance programs operated by the U.K.’s largest spy agency, Government Communications Headquarters, or GCHQ.

In August 2013, detectives from the Metropolitan Police used a counterterrorism law to detain and interrogate David Miranda, Greenwald’s partner, while he was passing through London’s largest airport. Miranda was carrying a batch of encrypted Snowden documents to aid Greenwald’s reporting on the files. The police seized Miranda’s possessions – including a mobile phone, laptop, camera, and flash drives – and began a criminal investigation.

British authorities argued that publishing the Snowden files was itself a terrorist act, thereby explicitly conflating journalism with terrorism. Prior to Miranda’s arrival in London, a memo authored by the Metropolitan Police and domestic spy agency MI5 was circulated to U.K. border entry points. It asserted that “the disclosure [of the Snowden documents], or threat of disclosure, is designed to influence a government and is made for the purpose of promoting a political or ideological cause. This therefore falls within the definition of terrorism.”

In December 2013, one of the London force’s most senior officers, Cressida Dick, was questioned about the case during a parliamentary hearing. She acknowledged that the force’s investigation was looking at whether reporters at The Guardian had committed criminal offenses – some carrying potential 10-year prison sentences – for their role in revealing secret surveillance operations exposed in the documents. “We need to establish whether they have or haven’t [committed offenses],” Dick said. “That involves a huge amount of scoping of material.”

Later, however, the Metropolitan Police attempted to keep all details about the case secret. In early 2015, the force refused to confirm or deny whether the investigation existed, and stated that revealing such details could help terrorists and be “detrimental to national security.” The force eventually backed down on this position and admitted the probe remained ongoing, following an intervention from the U.K.’s Information Commissioner’s Office, which enforces freedom of information laws in the country.

Given that the investigation has been active for more than four years, it appears likely that it has required a substantial amount of resources at a time when the Metropolitan Police has faced budget cuts and had to respond to a spate of terror attacks in London. The force has declined to provide any information about the amount of funds spent on the probe, or disclose the number of officers working on it, insisting that it does not hold records of these details.

A spokesperson for the Metropolitan Police said in a statement that the investigation “was launched in order to protect life and national security.” The spokesperson added: “As would be as expected we do not put a time limit on an investigation, and the priority is that it is thorough and establishes all of the relevant facts. This is a complex investigation and enquiries continue. No arrests have been made to-date.”

Last year, a judge ruled that the U.K.’s counterterrorism legislation did not sufficiently protect the rights of journalists, after Miranda sued the police for detaining him at the London airport. The judge found that Schedule 7 of the Terrorism Act – the power used to target Miranda and seize his possessions – was “not subject to adequate safeguards against its arbitrary exercise” and was “incompatible” with Article 10 of the European Convention on Human Rights, which protects the right to “receive and impart information and ideas without interference by public authority and regardless of frontiers.”

Top photo: Armed Metropolitan Police counterterrorism officers take part in an exercise on the River Thames in London on Aug. 3, 2016.