Paul Ryan has touted a list of economists who support the GOP tax plan, but the list holds up under scrutiny about as well as the tax plan itself. 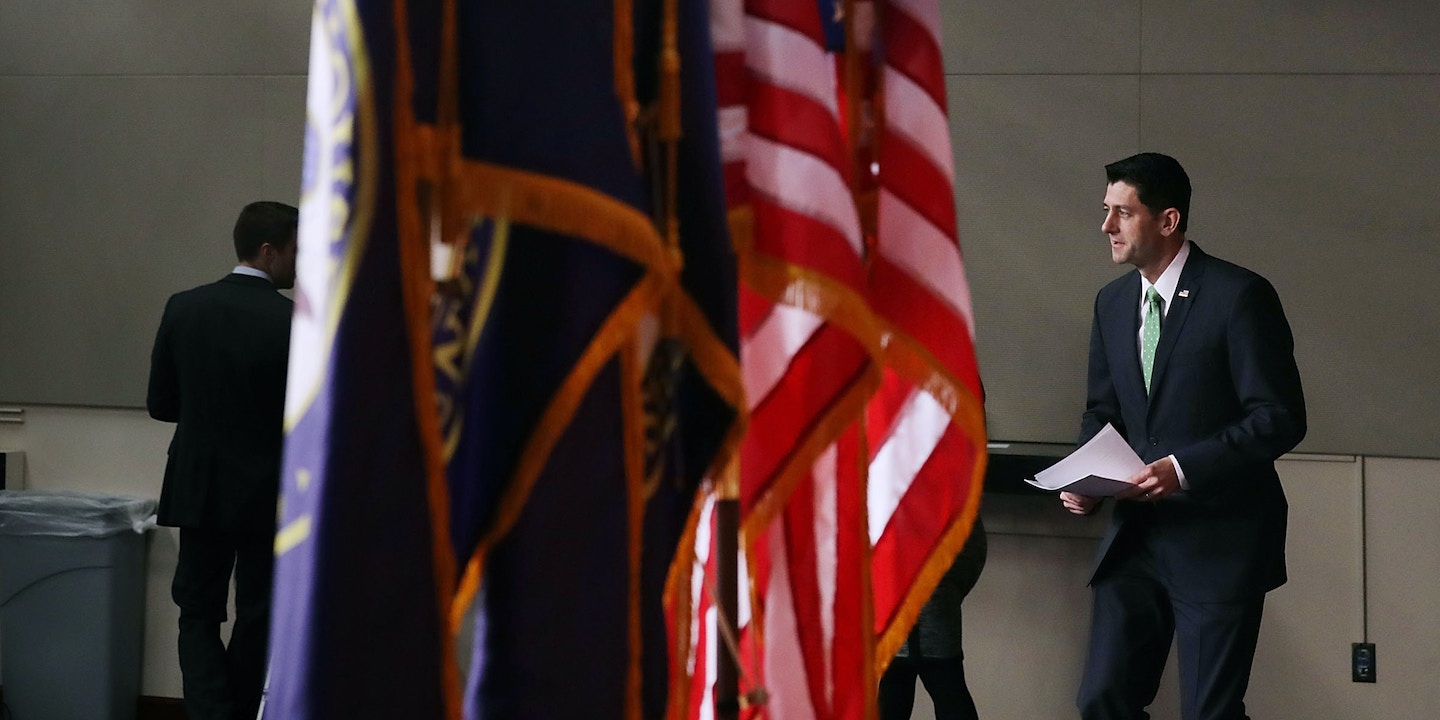 “Economic growth will accelerate if the Tax Cuts and Jobs Act passes, leading to more jobs, higher wages, and a better standard of living for the American people,” reads the letter, which was organized by the RATE Coalition, a corporate advocacy group that is lobbying in support of the bill.

But a review of the economists listed on the letter reveals a number of discrepancies, including economists that are supposedly still academics but are actually retired, and others who have never been employed as economists. One might not even exist.

One of the signatories, Gil Sylvia of the University of Georgia, does not have a biography page or any online trace of employment at the university. A university representative told The Intercept that no one with the name Gil Sylvia is employed there. There is a Gil Sylvia working as a marine resource economist at Oregon State University. He did not respond to a request for comment. (If you are the Gil Sylvia who signed this letter and exist, email me.)

The RATE Coalition did not respond to The Intercept’s request for comment.

Another signatory to the RATE letter, Seth Bied, is not an economist. He is a low-level office assistant at the New York State Tax Department, whose spokesperson said Bied does not remember signing the economists’ letter.

Other names on the economists’ letter may raise eyebrows. John P. Eleazarian is listed as an economist with the American Economic Association. But membership to the AEA is open to anybody who coughs up dues, and membership simply grants access to AEA journals and discounts at AEA events. Eleazarian is a former attorney who lost his law license and the ability to practice law in California after he was convicted and sentenced to six months in prison for forging a judicial signature and falsifying other documents. His current LinkedIn profile lists him as a paralegal at a law firm.

Others on the list are part of advocacy groups that have made tax cuts their biggest legislative priority. James C. Miller III, one of the signatories, is an official with Americans for Prosperity, the Koch brothers-run advocacy organization hellbent on passing tax cut legislation. Douglas Holtz-Eakin, another signatory, is head of the American Action Forum, the sister group of the American Action Network, the dark-money group aligned with Ryan’s political team.

In reality, mainstream economists from across the ideological spectrum have panned the tax cut legislation. A survey of 38 prominent economists — liberals and conservatives alike — found that only one said that the proposed legislation would result in substantial economic growth. All respondents said the legislation would add to the federal debt.

On Thursday, the Joint Committee on Taxation released an analysis showing that, despite the claims, the tax cuts will not “pay for themselves.” Republicans dismissed the findings out of hand.

In 2001, while debating former President George W. Bush’s tax cut package, GOP leaders widely distributed a column by economist R. Glenn Hubbard claiming that the legislation “won’t hurt the surplus.” That prediction, of course, turned out to be laughably false.

Update: Dec. 1, 2017
This story was updated to include Trump’s tweet about the economists letter.

Top photo: Speaker of the House Paul Ryan, R-Wis., arrives for his weekly news conference in the U.S. Capitol Visitors Center on Nov. 30, 2017, in Washington, D.C.