Inspired by recent allegations that powerful men engaged in sexual abuse, droves of women are coming forward with their own stories. Campaigns in the name of justice, such as #MeToo, are sometimes imperfect and sometimes tough to swallow — a journalist, let alone a court, may bristle at uninvestigated, unconfirmed, and anonymous allegations being made public. Nonetheless, the moment is unprecedented. Yet uncertainty and fears of backlash loom, especially for women from marginalized communities, in which a variety of circumstances can make them hesitant to come forward.

One campaign led by young black women, however, recently cast aside these fears and went public despite the complex social history that underlies their accusations: Young women from the historically black school Spelman College decided to make known their allegations against men from their brother school, Morehouse College. And the campaign is percolating into the national media’s coverage of sexual abuse.

A few weeks ago, a series of plastic-covered paper signs were placed across the historically black colleges’ campuses, according to a local CBS affiliate in Atlanta. The signs bore accusations of alleged sexual assault. “Morehouse protects rapists, Spelman protects rapists,” read one of the signs, ostensibly intended to hold perpetrators and school administrations accountable. Some of the posters included the names of alleged perpetrators.

For women at Spelman and across the Atlanta University Center, a consortium of historically black schools in the Georgia city, the campaign struck a chord. Though the schools took down the posters, women began sharing their stories of sexual abuse and trauma online. The hashtag #WeKnowWhatYouDid sprang up on Twitter and with it, the names of more men.

#WeKnowWhatYouDid occupies a particularly fraught corner of the national conversation around sexual abuse, where race, as it relates to gender, comes into the picture.

#WeKnowWhatYouDid occupies a particularly fraught corner of the national conversation around sexual abuse. The campaign sits at the convergence of a handful of charged and related issues: rampant sexual assault on college campuses and, in particular, at a historically black college, where race, as it relates to gender, comes into the picture.

Two Spelman sophomores, Rachael McLaughlin and Alexis Woodard, who are involved in campus activism, told me the anonymous signs made people uncomfortable, but were “absolutely” due to an inadequate response from Morehouse and Spelman. The school administrations, they said, had not been responsive to allegations in the past. (Morehouse sent me a statement that didn’t address the posters directly but said the school “will investigate all claims of sexual harassment, sexual assault, violence, and discrimination filed with our Title IX Coordinator.” The school said it maintains an anonymous hotline to report claims.)

McLaughlin said that when she first started college, she already knew about the issue of sexual assault. In 2016, she had heard of an anonymously operated Twitter account called “Raped at Spelman.” Woodard said Morehouse definitely had a problem; she said she knew one accused predator and had deduced through conversations with friends that there are “a lot of people who are serial rapists who are walking around the Morehouse campus.”

The students spoke to the particular pressures at Spelman that can prevent women from coming forward. Woodard told me she knew at least one woman who came forward, but in the end, it was “not the guy being punished, but the girl being punished.”

McLaughlin chimed in to note some of the historical circumstances that affect women at institutions like historically black colleges; she cited “remnants” of the reticence to come forward that exist amid, for example, black liberation struggles. “It was seen as being a race traitor by prioritizing your gender over your race,” she said.

The situation creates “an impossible choice” for black women, according to Treva Lindsey, a professor of women’s, gender, and sexuality studies at Ohio State University; the dynamic the Spelman students described is not uncommon. “Black women often feel as though they betray the entire Black community by coming forward about sexual violence,” she told me over email.

“Black women often feel as though they betray the entire Black community by coming forward about sexual violence.”

Fears that accusations of sexual assault will hurt black men’s reputations are well-founded. The sentiment of “they’re raping our women” has been used historically by white supremacists to justify lynching. Black men bear the brunt of a broken criminal justice system at higher rates than any other group. The worry that accusations can be manipulated to portray black men as sexually violent people — another racist trope — is understandable. (Black women can be forgiven for feeling their own skepticism toward the justice system: Denied personhood, they could legally be raped under slavery.)

Sexual abuse by men on college campuses is all too common. The Association of American Universities in 2015 found that at least one in four college senior women said they experienced nonconsensual touching, assault, or violence while in college. But at historically black colleges, the numbers take a downward turn. According to a report prepared for the Department of Justice, approximately 15 percent of women at historically black colleges and universities reported that they experienced “attempted or completed” sexual assault.

The social mores of these schools may contribute to the dip in reported numbers of assaults. Journalist Anita Badejo’s examination of the cultural codes of Morehouse and Spelman revealed not only parsed gender roles — women who “wear white dresses or skirt suits to formal college ceremonies” at Spelman and the “Morehouse Mystique” for men — but also a particular pride in their African-American identity. Embedded in the codes of behavior at these schools is for Spelman women to protect their Morehouse “brothers.”

According to Lindsey, the current moment of reckoning brought on by #WeKnowWhatYouDid is necessary despite the historical realities. “As a community, we have to be willing to question the rhetoric of ‘lynching’ when we talk about Black men who commit acts of sexual violence,” Lindsey said. “Black men were literally lynched over false allegations.” This historical view, she said, must be recognized alongside the realities of sexual violence, particularly when perpetrated against black women.

#WeKnowWhatYouDid has “started a much-needed conversation on campus,” said Woodard, one of the Spelman students, and groups like the United Morehouse Improvement Association, a student group, are ready to tackle the issue of sexual assault at Morehouse seriously. Still, the schools’ reactions have left the students wanting. McLaughlin said, “I would like to see Morehouse take the plight of black women more seriously.”

Top photo: A flyer posted by student activists as part of a campaign for justice in cases of alleged sexual abuses at a consortium of black colleges in Atlanta. Some of the posters bore the names of accused sexual assaulters, and the school removed them from campus. 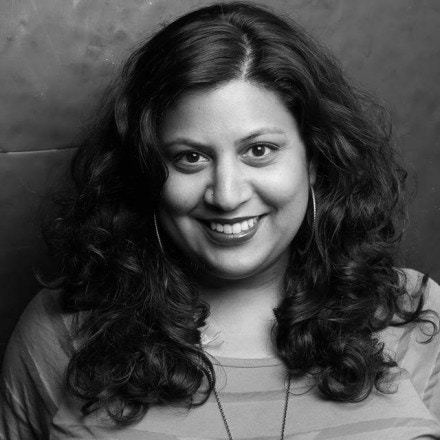