U.S. Courts Have Been Treating Muslims Differently for a Very Long Time 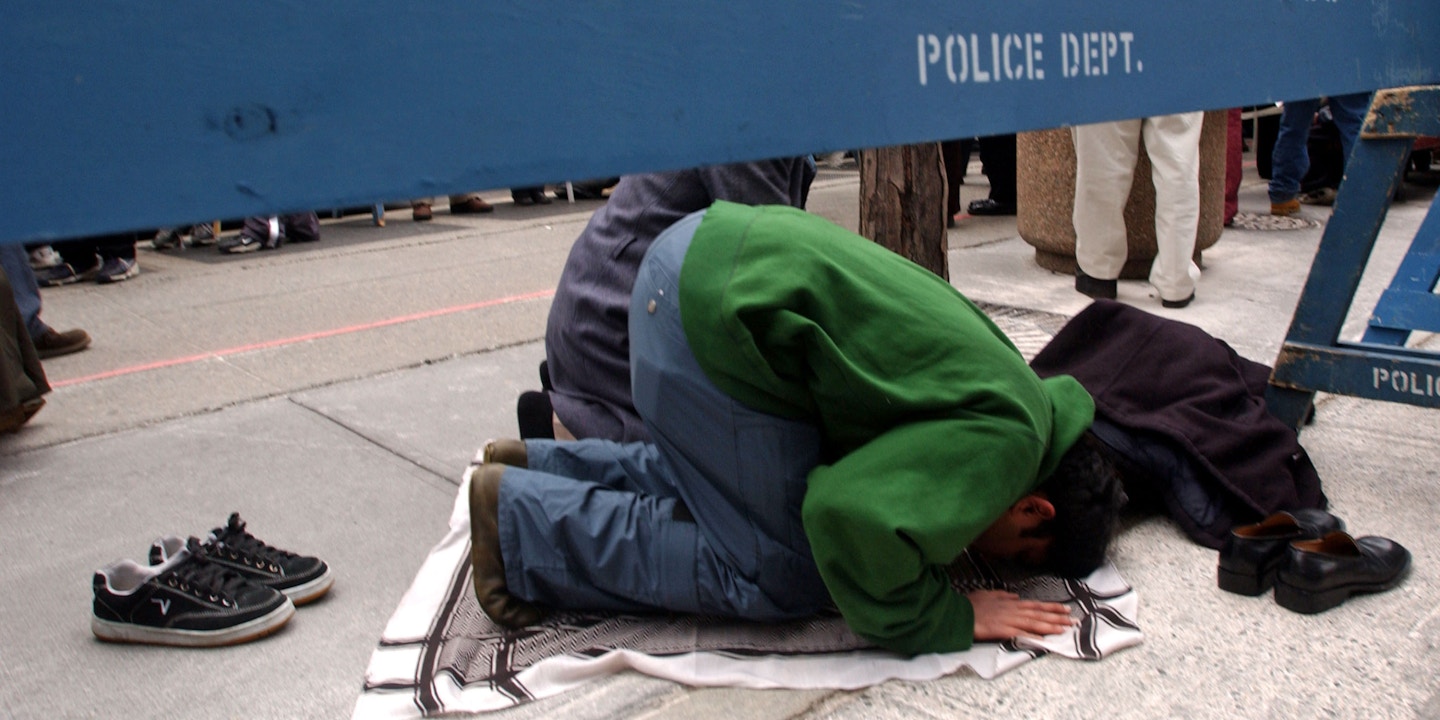 More than 100 million citizens of eight countries are now banned, to varying degrees, from traveling to the United States, thanks to a minor procedural ruling from the Supreme Court on Monday. Legal scholars caution that the decision is not necessarily an indication of how the justices will rule on President Donald Trump’s travel ban should it come before them for a hearing on its merits, but it is nonetheless part of a long history of U.S. courts approving government policies of dubious constitutionality that disproportionately target Muslims as national security threats.

“What happened at the Supreme Court is not distinct,” said Khaled Beydoun, a professor at University of Detroit Mercy Law School and author of the forthcoming book “American Islamophobia: Understanding the Roots and Rise of Fear.”

Justice, at the Supreme Court level, is not blind. “An Orientalist or Islamophobic baseline that ties Muslim identity to the presumption of a national security threat is something that’s informed American policy and U.S. court decisions specifically,” Beydoun said.

The third version of Trump’s travel ban – a September proclamation that targets citizens of Chad, Iran, Libya, North Korea, Somalia, Syria, Venezuela, and Yemen – was struck down by federal district courts and is currently before the 4th and 9th Circuit Courts of Appeal.

Courts have largely rejected the ban in its various iterations, although the milder language of the September proclamation makes it more likely to withstand legal scrutiny. The earlier versions of the ban followed promises by then-candidate Trump to stop all Muslim immigration to the United States, targeted only Muslim-majority countries, and initially favored religious minorities in those countries. In an apparent attempt at creating an appearance of diversity, Trump added North Korea and Venezuela to the third version of the ban. North Koreans are barred from traveling by their own government, and the ban on Venezuelans applies only to some elements of the ruling elite.

The post-9/11 era ushered in a series of controversial policies that disproportionately targeted Muslims, Arabs, and South Asians, including secret proceedings and unlawful detention practices. All three branches of government played a role in creating and enforcing those policies.

“In truth, the courts have in the war on terror addressed a number of cases affecting Muslims — like in the national security, Guantánamo [Bay detention camp] context — but to the extent they’ve sided with Muslims, it’s only been on abstract, separation of powers grounds because of executive overreach, and there’s rarely been an acknowledgment that these individuals have substantive rights,” said Baher Azmy, legal director at the Center for Constitutional Rights, who has litigated cases related to government surveillance and the rights of Guantánamo detainees.

The Supreme Court’s decisions in the landmark Guantánamo-era cases of Rasul v. Bush, Hamdan v. Rumsfeld, and Boumediene v. Bush affirmed that Guantánamo prisoners have the right to challenge their detention before U.S. courts and are entitled to the protections of the laws of war, including the Geneva Convention, as well as the U.S. Constitution.

But those cases dealt with an extreme set of facts, in which people were indefinitely detained without charge, and the courts have been less friendly in other cases involving national security. The Supreme Court, in fact, has repeatedly declined to hear cases on central issues related to the Cuba military base. And federal courts consistently upheld the National Security Entry-Exit Registration System, a Bush-era program known as NSEERS that required male visitors from certain countries to register with the U.S. government and disproportionately targeted Arabs and Muslims. (The Obama administration discontinued the system in 2011 and rescinded its regulatory framework in December 2016.)

The Supreme Court this year reversed a federal appeals court decision that former high-level members of the Bush administration could be sued for their roles in the post-9/11 abuse of Muslim, Arab, and South Asian men.

The Constitution affords the executive branch broad authority in the areas of national security and immigration, which is why even liberal judges tend not to interfere with the president’s decision-making there. And for that reason, the Supreme Court may be inclined to uphold the constitutionality of the travel ban, said Sahar Aziz, a professor at Rutgers Law School whose scholarship examines the intersections of national security, race, and civil rights.

“The justices are not going to be concerned with this particular travel ban,” Aziz told The Intercept, adding that the bigger concern will be the long-term implications of striking it down. “What they’re thinking is, ‘If we restrain the executive here, how is this going to affect the executive’s powers in the future if there’s a national security crisis, when there are disputes as to how immigration law should be enforced?’”

A Supreme Court ruling in favor of the travel ban would make it easier for Trump to implement a Muslim registry, a proposal he made during his presidential campaign, said Aziz, who wrote a paper analyzing the legal feasibility of such a policy.

Conversely, if the high court were to strike down the ban, Trump would face legal barriers to acting on the Muslim registry, a proposal he has not publicly spoken about since his election but that could hypothetically be modeled after NSEERS.

Over the last 16 years, U.S. immigration policy has been crafted principally through a national security lens with a particular focus on Muslims or those perceived to be Muslim, but this pattern actually goes back centuries.

“Muslim identity and Islam have always been viewed as a national security threat,” said Beydoun, who has studied the legal origins of Arab-American identity during the Naturalization Era — a period from 1790 to 1952 during which whiteness was a prerequisite for U.S. citizenship. Judges at the time considered “Arab” and “Muslim” to be synonymous, Beydoun wrote in a 2014 paper, and because Muslims were presumed to be nonwhite, Arabs were presumed ineligible for citizenship — although some Arab Christians successfully rebutted that presumption.

That’s not to say Muslim litigants have not scored any victories in their challenges to war on terror policies. Several federal district courts have ruled in favor of Muslims who were arbitrarily included in the government’s no-fly list, although some legal challenges to that list continue.

In the case of Hassan v. City of New York – a challenge to the post-9/11 NYPD surveillance of Muslims brought by the Center for Constitutional Rights – the 3rd Circuit Court of Appeals compared the government’s infringement on Muslims’ constitutional rights to that which took place during Japanese internment, a policy that was upheld by the Supreme Court. The appellate court also drew a parallel between the stigmatic injury Muslims face as a result of government surveillance to that suffered by African-Americans during the “separate but equal” era of schooling.

“Our Nation’s history teaches the uncomfortable lesson that those not on discrimination’s receiving end can all too easily gloss over the ‘badge of inferiority’ inflicted by unequal treatment itself,” wrote Judge Thomas Ambro. “Closing our eyes to the real and ascertainable harms of discrimination inevitably leads to morning-after regret.”

Top photo: Muslim men pray at a demonstration in conjunction with the National Day of Solidarity in front of the Immigration and Naturalization Services building Feb. 20, 2002 in New York. The protesters were demanding an end to the racial profiling, detentions and deportations that many immigrants have been subjected to since the September 11 attacks on New York.