U.S. state legislators and other nations are considering regulation against “loot boxes,” which alarm some psychologists and gaming experts. 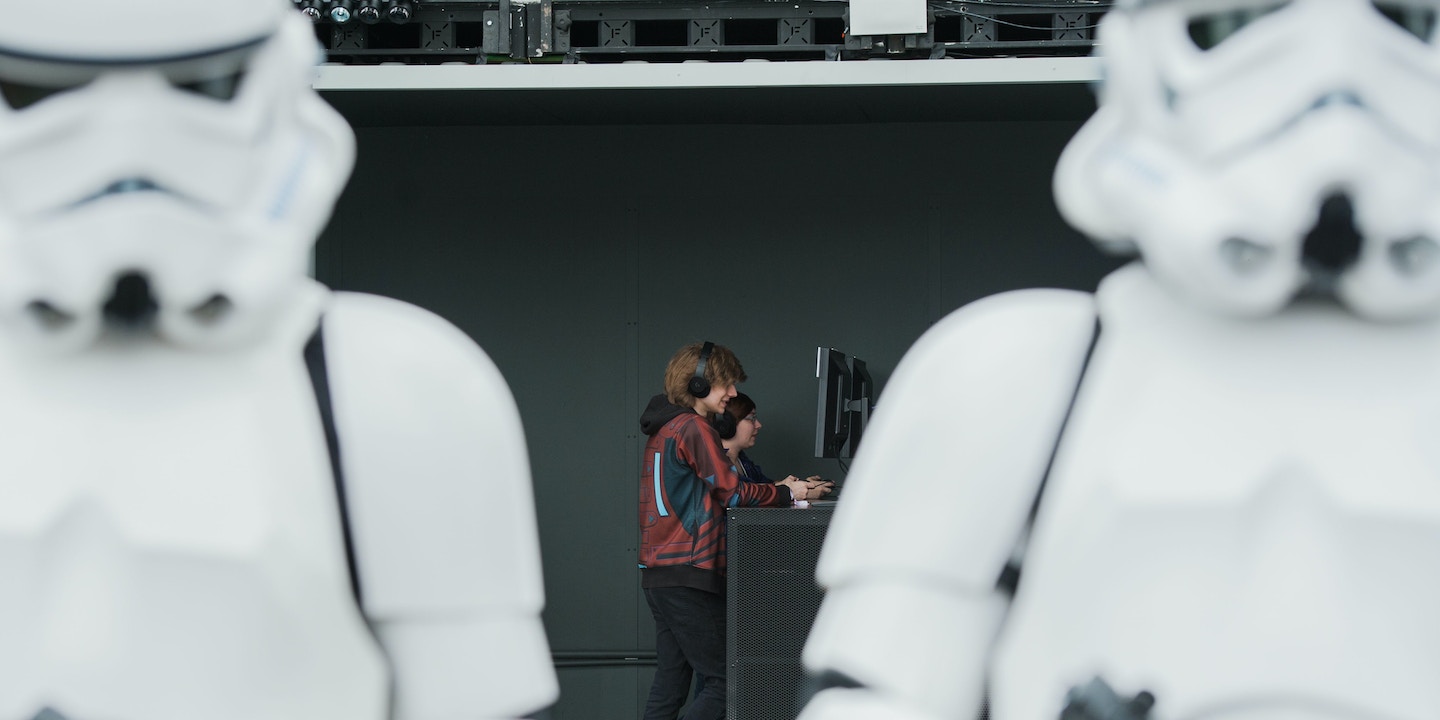 In mid-November, video game publisher Electronic Arts released “Star Wars Battlefront II,” a multiplayer shooter for consoles and PCs. The title is likely to be a top item on many holiday shoppers’ lists; the original “Battlefront” sold an estimated 12 million copies.

But “Battlefront II,” rated for ages 13 and up, has ignited a firestorm of controversy for the particularly cynical way it pushes players to buy “loot boxes,” random collections of in-game abilities that remain a mystery until purchased. Experts say loot boxes prey on addictive impulses that can be particularly difficult for children and other young people to control. Lawmakers, meanwhile, are considering regulating loot boxes as a form of gambling.

“There’s an entire new industry larger than even the film industry which is able to put its products right in the pockets of the average person, including kids,” said Hawaii State Rep. Chris Lee, a Democrat and self-described longtime gamer who has nevertheless described “Battlefront II” as an “online casino designed to lure kids into spending money.”

Lee told The Intercept he is in discussions with lawmakers in other states, including California and Minnesota, about how to respond to loot boxes broadly. Belgium’s gaming commission is reportedly considering regulation of the virtual packages after the country’s Justice Minister said they were dangerous to children’s mental health. There’s precedent for such regulation: Japan’s Consumer Affairs Agency declared a particularly pernicious form of loot box called kompu gacha illegal in 2012.

“The fact that some of the games on there mimic slot machine mechanics is incredibly worrisome for a lot of the folks we’re talking to,” Lee said, “once they realize just how accessible and absolutely unregulated some of these potentially dangerous mechanics are.”

In “Battlefront II,” a loot box costs between 83 cents and $1.80, and it’s not uncommon for a player to buy dozens and dozens of boxes in an attempt to unlock a particular character or capability. One popular YouTuber, for example, bought 85 boxes for around $90 and amassed, along with various in-game upgrades, 18,700 credits — just under half as many needed to unlock marquee character Darth Vader. Remember that the game itself retails at a suggested price of $59.99.

Thus far, “Battlefront II” only sold loot boxes in trial versions of the game. Customer outrage over those testing editions was so intense that when EA tried to answer questions on Reddit, the company’s response became the most down-voted post to ever appear on the site. After that incident, on the eve of the game’s launch, EA removed loot boxes and indeed all digital sales from “Battlefront 2,” a move that helped send EA’s stock price tumbling. The company has said in-game purchases will eventually come back, once it has recalibrated pricing.

EA also maintains that you can earn everything in the game without paying; one player had estimated it would originally take 40 hours to unlock Vader without the help of loot boxes, but after the consumer backlash EA now says the bar has been lowered.

“Battlefront II” didn’t invent the loot box so much as take the concept to maddening extremes. It was popularized by the 2012 game “Mass Effect 3″ and has been spreading ever since. Publishers like the additional revenue stream, while players are drawn to the possibility of saving time or money when they get lucky and purchase the right box. The rapid proliferation of the mystery bundles has come amid the expansion of gaming on mobile devices, where many apps are given away and rely on small transactions within the product as the predominant form of revenue.

Here’s an example of a loot box, from the popular console first-person shooter game “Overwatch.” In the game, you can purchase loot boxes that will give you some random combination of cosmetic items. In the video below, the player purchases $20 worth of loot boxes, then awaits the prizes contained within. The important thing to note is that the player has no idea what’s in the boxes before purchasing them and only finds out after paying:

David G. Schwartz is the director of the University of Nevada Las Vegas’s Center for Gaming Research and the author of numerous books on the history of gambling. He offered his thoughts as an individual researcher and stressed that he did not speak for his organization.

“For something to be considered gambling, the classic definition [is] risking something of value on an unknown outcome in hope of getting a payoff,” he said. “With a loot box, it’s pretty much that.”

Les Bernal, national director of Stop Predatory Gambling, which researches the gambling industry and advocates for regulations to prevent gambling addiction, agreed. “These game publishers are blatantly exploiting minors, viewing them as an easy way to boost profits,” he said.

Bernal worries that the big video game publishers are targeting a population that is highly vulnerable to gambling addiction. “In the commercial gambling business in general, the way you make your money is on a small amount of players — those players who are financially desperate, and those players who are addicted,” he said. “Young people are more susceptible to gambling problems. They’re at a point in their development where being exposed to commercial gambling has a devastating impact.”

He has noticed that some of his clients have developed an addiction to loot boxes and among them are underage addicts who have even stolen their parents’ credit cards in order to make loot box purchases. He likens the boxes to poker machines. “They have an algorithm, a formula for the release of a drop for certain items equivalent to winning a jackpot or lower grade winnings,” he told The Intercept. “The one with the most random results creates the strongest addiction.”

“Essentially people are playing to hope to win something. As far as I’m concerned, that’s the same” as gambling, Hodzic added. Hodzic suggested it would be “ideal” if games were to allow parental controls on the loot box functions.

There is no academic consensus about whether loot boxes constitute gambling. Chanel J. Larche, a Ph.D. candidate at the University of Waterloo’s Gambling Research Lab, said that because the boxes are so new, the psychological effects of using them has not yet been rigorously studied.

“The lines between gambling and regular gaming structures are certainly blurred here, because we are looking at a situation where a random component is being introduced into a game structure that is widely skill-based,” she told us, adding that whether loot boxes constitute actual gambling is a “gray area.” Larche pointed out that the value of what players receive from loot boxes is totally subjective, whereas in traditional gambling the objective value of money can be more easily quantified.

EA, for its part, has argued that its loot box system is not a form of gambling because players will always receive something from opening every box, even if it’s an item they already have or don’t want. Well, sure, and when you play the slots, you’re always guaranteed to get something — maybe a cherry, a seven, and a banana. Just not in the combination you may have wanted.

The Entertainment Software Rating Board, the industry’s group for self-regulation, told the gaming website Kotaku essentially the same thing as EA, adding, “We think of it as a similar principle to collectible card games: Sometimes you’ll open a pack and get a brand-new holographic card you’ve had your eye on for a while. But other times, you’ll end up with a pack of cards you already have.”

Lee, the Hawaii legislator, is looking at regulating three key issues around loot boxes: whether companies are transparent about the costs of such boxes in advertising, whether it’s appropriate for minors to have access to games with loot boxes, and whether gambling mechanics belong in video games, period.

Regardless of whether we see government action, the consumer revolt against “Battlefront II” may be a sign of things to come. As of this writing, the game sits at a user rating of 0.8/10 on the popular rating site Metacritic. Meanwhile, sales of “Battlefront II” are reportedly down 60 percent from the original “Battlefront,” at least in the United Kingdom.