Panelists at an American Enterprise Institute event said high-quality child care might help the military with recruitment in the long-term. You wouldn’t think it, but when it comes to child care — one of the biggest expenses families face — the Armed Forces have a lot to offer. That’s because the Department of Defense sponsors the nation’s only federally run universal child care program – serving roughly 200,000 children. What’s more, the care is considered both high-quality and affordable. While the average civilian family spends a quarter of its income on child care, the average military family spends about 9 percent.

Millions of American families would benefit if the Armed Forces’ demonstrably successful federal model were expanded. But while some Republicans and military leaders have been thinking a lot about child care and military service lately, that’s not what they have in mind. Instead, they’re wondering if different state pre-K and early childhood programs could be used to bolster military recruitment. The American Enterprise Institute, a right-leaning think tank in Washington, D.C., organized an event this week with the provocative title, “Military readiness and early childhood: What is the link?”

The link, it turns out, is that the Department of Defense estimates that 71 percent of the 34 million 17- to 24-year-olds in the United States — the military’s target recruitment population — are ineligible to enlist in the Armed Forces. And Mission: Readiness, a group of retired military leaders, has endorsed a novel solution to bring those numbers up: more high-quality child care.

According to the Pentagon, a third of 17- to 24-year-olds couldn’t join the Armed Forces because they lack a high school diploma or would fail the military’s entrance exam. The hope is that better preschool and child care could help improve graduation rates. Other leading factors that preclude enlistment include obesity, criminal records, and history of drug abuse. In 2014, the commanding general of U.S. Army Recruiting Command told the Wall Street Journal that only about 1 percent of people in that age range are both “eligible and inclined to have a conversation with us” about joining the military.

“It’s ultimately a national security issue,” added McKinley. Because of the end of the draft in 1973, he added, “it’s not easy to be a recruiter in today’s day and age.”

Bergman noted that 1 percent or less of Americans are active military personnel, with less than 10 percent of Americans having ever served at all. “We’re dealing with the edge of the bell curve, but that edge has a tremendous amount of responsibility,” he stressed.

The panelists discussed the importance of brain development from birth to age 5, a topic of growing consensus among education researchers, scientists, and policymakers. And yet, after laying out what they described as a serious problem for national security and civil society, the panelists made clear that expanding early childhood efforts was a job best left for the states, not the federal government. The federal government, though, has a positive track record in this area, running both the military’s early child care program and Head Start, which has provided more than 33 million low-income children early childhood education since 1965.

“If you’re a state and you consider the federal government a source of funding, you’ve already limited your success,” said Bergman. In a hallway interview after the event, he told The Intercept that Head Start, a distinctly successful program, should not be expanded.

During the event, an audience member asked the panelists about the lessons to be learned from the military’s child development centers.

McKinley credited the “advocacy of military families” for the Armed Forces’ high-quality child care, and Johnson added that it also helps that military families tend to be married, two-parent households. The rise of single-parent households was a common theme throughout the event, with panelists suggesting that the decline of the nuclear family has destabilized child development, consequently hurting prospects for military recruitment, among other things.

Their answers about the child development centers, however, glossed over the military program’s most likely reasons for its success.

“In the civilian world, the amount and quality of childcare is directly dependent on how much parents can pay,” wrote journalist Bryce Covert in a comprehensive profile of the military’s child care program. “In the military, that link has been severed, and families receive consistent care regardless of how much they’re able to contribute.” In 2013, the federal government covered about two-thirds of the cost.

The military’s program wasn’t always considered exemplar. In 1982, the Government Accountability Office reported that the military’s child care offerings were in abysmal shape and that child care workers were paid paltry wages — less than garbage collectors. Congress then started paying attention to these issues and passed the Military Child Care Act of 1989, which closed down inadequate facilities and funded the creation of over 200 new ones. The law also set new health and safety standards, improved teacher pay, and bolstered curricula. Quality soared thereafter.

But as Covert noted, there’s nothing the government did to support children, families, and teachers in the military that it couldn’t do for the rest of the country. The federal government could increase child care subsidies to make the service more affordable, incentivize higher standards, fund upgrades, and increase pay and training for child care workers.

“People have referred to what happened with the military child care as a Cinderella story, because you had this system going from a system in crisis to a model for the nation in under five years,” said Deborah Phillips, a psychology professor at Georgetown University, in a PBS segment on the program. 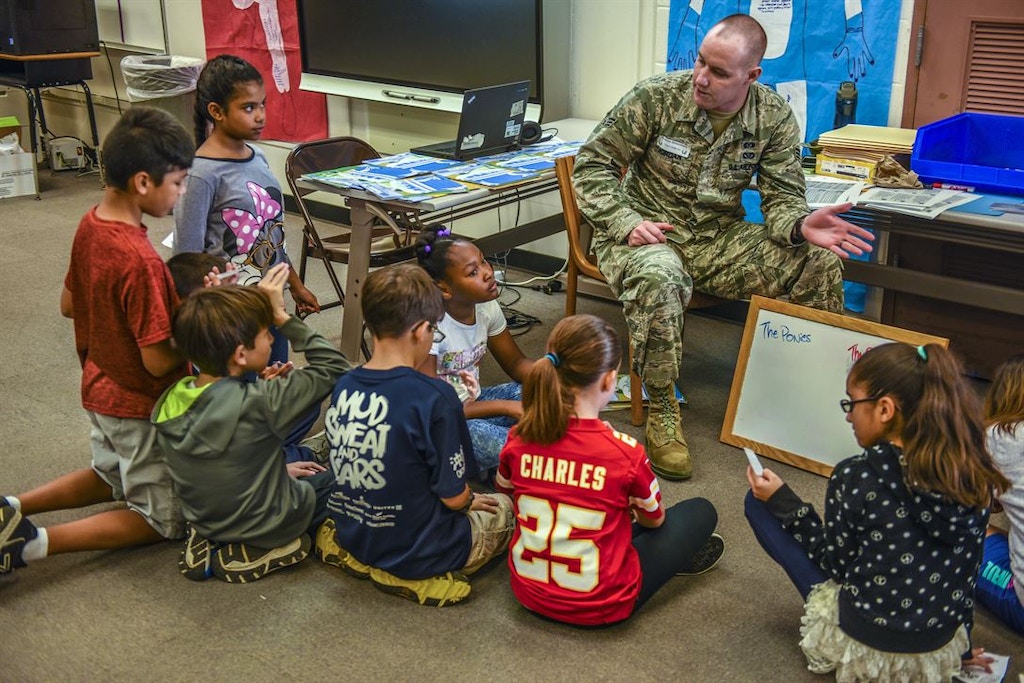 The federal government currently spends about $15 billion per year supporting early childhood efforts, with most of that money going toward Head Start. The Intercept asked Katharine Stevens, AEI’s resident scholar focused on early childhood initiatives and the moderator of Tuesday’s event, whether she supports an expansion of the successful program.

“Education is fundamentally the responsibility of the states,” Stevens answered, emphasizing that “it would not be possible” for the federal government to provide early childhood education for all American children. Stevens added that states and localities spending so much on K-12 education may decide that those “human development dollars” would be better spent on child care in the early years of life. “A lot of K-12 dollars are spent on failure, remediation,” she said.

Congress is close to passing a tax reform bill that would increase the deficit by more than $1.4 trillion by cutting taxes for the rich. Still, Stevens said that “from a financial and a political point of view, it’s unlikely that the best bet” for funding early childhood is to count on the federal government.

Stevens, acknowledging that the military child care program was “an outstanding model” then admitted that she has not thoroughly researched the prospect of expanding it.

For countless American families, though, that could make all the difference.

Top photo: United States Army Sgt. 1st Class Donnie Terrell carries his daughter Hailey Terrell, 2, on his shoulders as they participate in a parade on April 2, 2012 at MacDill Air Force Base to honor the children of service members.