Superdelegates will be far fewer in number and bound to vote for the candidate the voters supported. 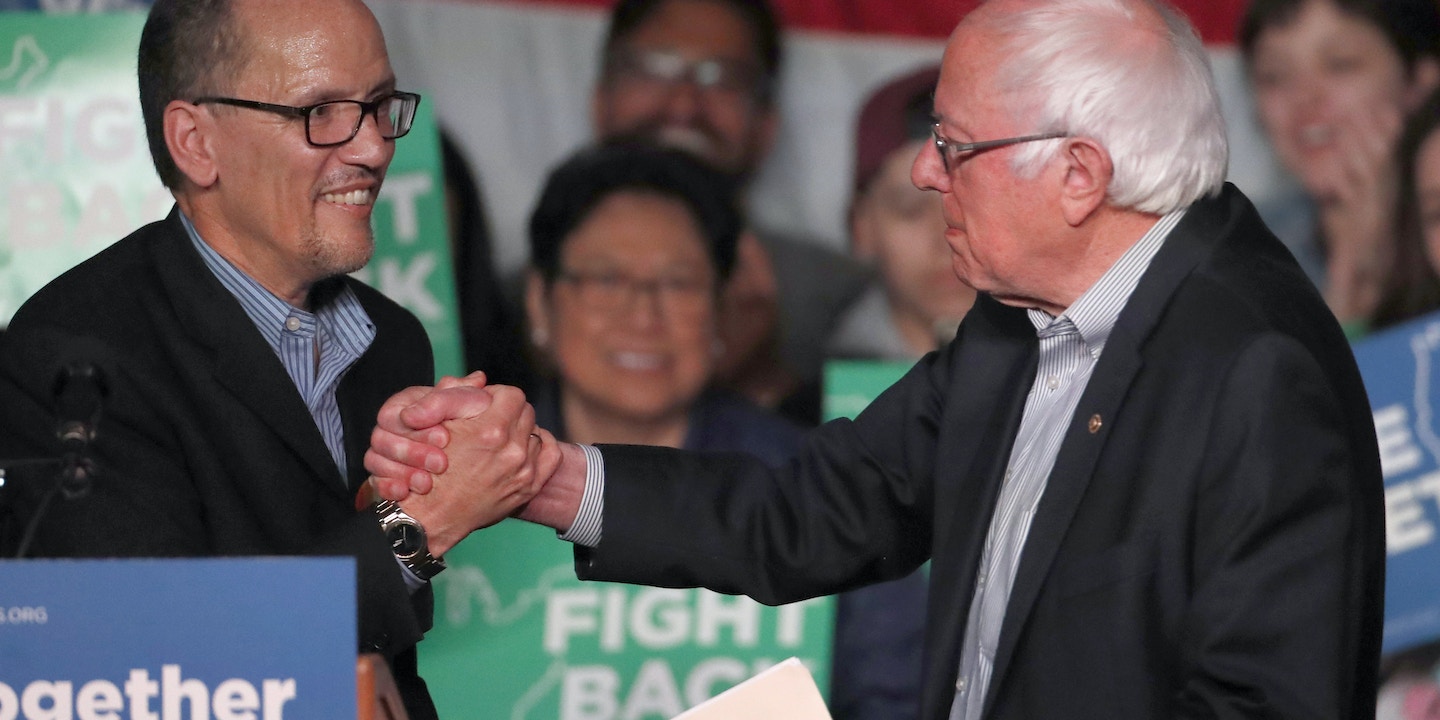 The Democratic Party’s Unity Reform Commission on Saturday voted nearly unanimously on a series of proposals aimed at reforming the presidential nominating process, including one that would eliminate 60 percent of superdelegates.

The commission, made up of 21 members selected by Hillary Clinton, Sen. Bernie Sanders, and Democratic National Committee Chair Tom Perez, held its final meetings on Friday and Saturday in a conference room at the Marriott Wardman Park hotel in Washington, D.C. The commission also debated reforms to voting registration, caucuses, and general transparency within the party.

Cutting the number of superdelegates, the commission decided, would be a step toward healing wounds from the 2016 primary. Some superdelegates, such as officers of the DNC and elected state chairs, would maintain their status but their vote at the convention would be bound by the results of the state election. It was not a complete win, however. Others, such as governors or members of Congress, would still be free to vote for whichever candidate they prefer, regardless of their state’s preference.

The commission was born at the 2016 Democratic National Convention in response to voter angst with the election process, specifically the DNC’s bias against Sanders. Outrage was reignited last month by Donna Brazile’s memoir “Hacks,” which portrayed the primary as rigged. Brazile was named acting DNC chair during the convention, serving through the general election.

Sanders supporters have been critical of the system and were particularly angered that hundreds of superdelegates pledged to vote for Clinton, giving her a nearly insurmountable lead, even before the primaries had gotten into full swing.

It’s never been about perfection, the commission’s Vice Chair Larry Cohen said of the recommendations, but “large steps if not giant steps” in putting voters first. Cohen was one of the few prominent labor leaders to buck Clinton and endorse Sanders.

“Voters first, in terms of eliminating 400 superdelegates out of 715 on the first ballot for the presidential nomination of the United States,” Cohen said at the meeting.

“Voters first, in saying loud and clear that in primaries, this party stands behind same-day registration, automatic registration, same-day party registration. That this party stands behind a process in every state, in terms of the election of the leadership of the Democratic Party, that is transparent and open and clear and as simple as possible so that activists can get involved and run and not feel like they have no chance.”

But these recommendations are nowhere close to being officially adopted by the Democratic Party. The Unity Commission’s report is only the first step in a wonky process, and victory is anything but assured. After being finalized, the recommendations are sent to the DNC’s rules and bylaws committee, then to all 447 DNC members in the fall of 2018, where two-thirds support will be needed.

Nomiki Konst, a Sanders appointee, was pleased with the results of the commission’s final meeting, saying strong recommendations were made in any areas in the Democratic Party “where there was an opportunity for malfeasance or lack of transparency.”

Sanders praised the commission’s work on Saturday in a statement, saying the Democratic Party will not become a “vibrant and successful 50 state party until it opens its doors widely to the working people and young people of our country,” and voting to limit the role of superdelegates along with “making our caucuses and primaries more democratic” is the beginning of the process.

The Democratic Party will not become a vibrant and successful 50 state party until it opens its doors widely to the working people and young people of our country. I am extremely pleased that the Unity Reform Commission has begun that process.

“Now it is incumbent on the Democratic Party’s Rules and Bylaws committee and the membership of the DNC to enact these critical reforms as soon as possible,” he said.

This story originally reported that all superdelegates would be bound by the wishes of their state under the new recommendation. But some delegates would retain autonomy.

Top photo: Sen. Bernie Sanders, I-Vt., right, greets DNC Chair Tom Perez, left, on stage as he gets ready to speak to a crowd of supporters at a Democratic unity rally at the Rail Event Center on April 21, 2017, in Salt Lake City, Utah. Sanders and Perez were holding several rallies around the country trying unify the Democratic Party.