Republicans are suddenly upset about the FBI invading homes and surveilling citizens. Civil rights groups have complained about this for 50 years. 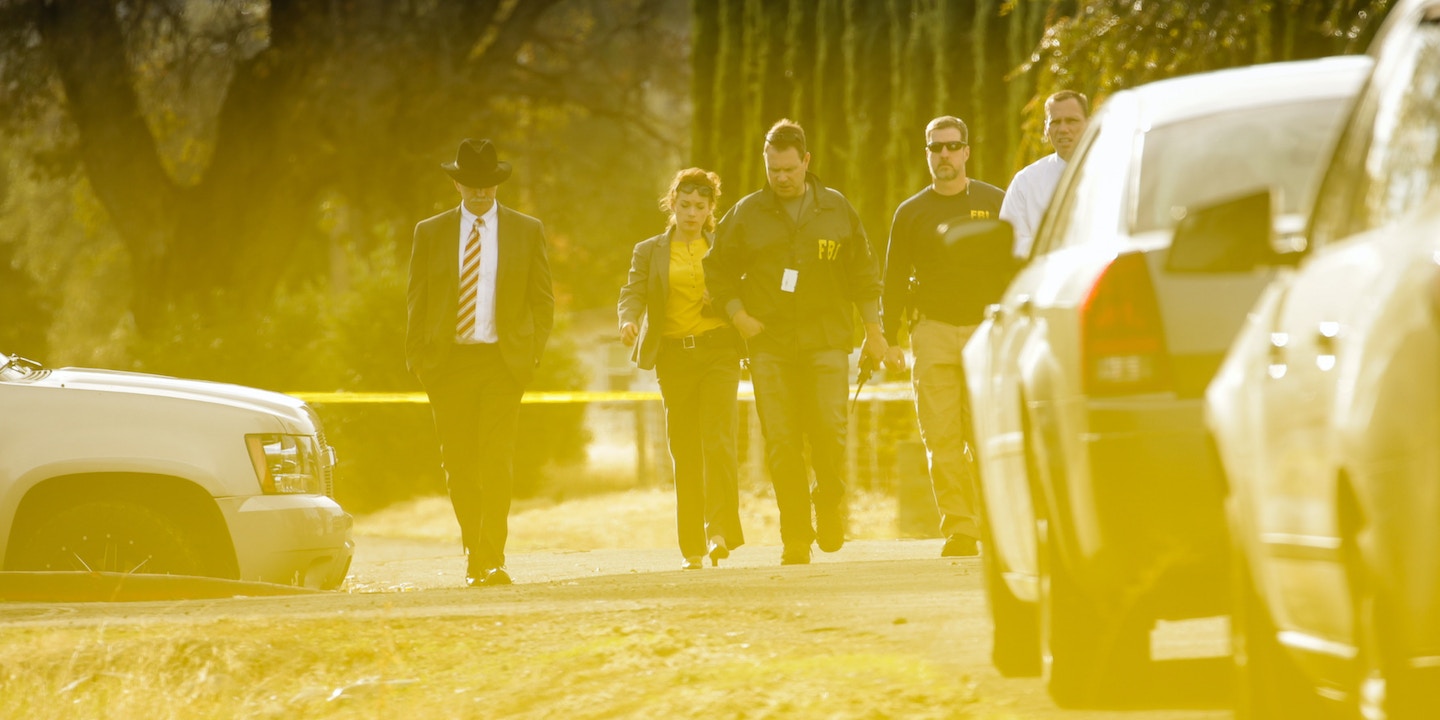 Gregg Jarrett was just getting started. It was December 6, and the Fox News legal analyst was a guest on Sean Hannity’s show. They were kicking off what would become the newest right-wing talking points about Special Counsel Robert Mueller’s investigation of Donald Trump’s presidential campaign.

“Secret surveillance, wiretapping, intimidation, harassment, and threats,” Jarrett continued. “It’s like the old KGB that comes for you in the dark of the night, banging through your door.”

“By the way, this not a game,” Hannity interjected. “This is not hyperbole you’re using here.”

“No. Ask Paul Manafort,” Jarrett replied, referring to the FBI’s search of the former Trump campaign manager’s home. “They came for him and broke through his front door.”

“And if it can happen to him, Gregg,” Hannity offered.

“It can happen to all of us,” Jarrett continued. “Absolutely.”

This message — that the FBI is overly aggressive and politically motivated — is cropping up again and again on Fox News, bellowed by right-wing pundits and elected officials like Rep. Marsha Blackburn, R-Tenn., and Florida Attorney General Pam Bondi. A Fox commentator, Todd Starnes, even asked point-blank, “Was the FBI weaponized to take down the Trump presidency?” A chyron on the network was yet more succinct: “A coup in America?”

All of this carries forward the rhetoric of a president who has tweeted insults at the FBI since his election. On December 3, for example, Trump tweeted that the FBI’s “reputation is in Tatters — worst in History!” In his latest burst in the past week, Trump told reporters on the South Lawn of the White House, “It’s a shame what’s happened to the FBI.” The context is quite obvious: The president and his supporters are worried that Mueller, a former FBI director, will find reasons for impeachment, and they’re on the attack to undermine the credibility of the FBI and the special counsel.

Right-wing media and politicians aren’t entirely wrong about the FBI. It is a secret police that bangs down people’s doors, follows Americans, intercepts digital communications, digs through trash, and harasses and threatens potential informants or targets of criminal investigations. In fact, civil rights activists and left-wing groups have been complaining about this for more than 50 years. And since the 9/11 attacks, Muslims in the United States have been subjected to an unprecedented level of intrusive surveillance. A common joke in mosques around the country: “Whenever I pray on Friday, I just assume the man next to me is an FBI informant.”

While it’s entirely true that the FBI has few checks on its power, right-wing media did not rouse itself until allegations emerged that the Trump campaign colluded with Russian intelligence agents. What’s amusing about the right’s sudden anti-FBI hysteria is that little evidence suggests Mueller’s investigation has been anything but by the book.

Let’s review some of the evidence of this so-called FBI coup. Special Counsel Robert Mueller leaves after a closed meeting with members of the Senate Judiciary Committee on June 21, 2017 at the Capitol in Washington.

Text messages between two senior FBI officials who were involved in the investigation of Hillary Clinton’s emails and the Trump campaign’s connections with Russia seem to have provided rocket fuel for the right-wing conspiracy about Mueller’s probe. FBI lawyer Lisa Page and counterintelligence agent Peter Strzok were having an affair, and the pair used their FBI mobile phones to text each other.

The FBI’s newest critics have zeroed in on one text from Strzok that they argue suggests some sort of “deep state” plot against Trump. Seeming to refer to FBI Deputy Director Andrew McCabe, Strzok wrote to Page: “I want to believe the path you threw out for consideration in Andy’s office — that there’s no way he gets elected — but I’m afraid we can’t take that risk. It’s like an insurance policy in the unlikely event you die before you’re 40.”

In another text message, referring to Clinton, Strzok wrote: “Oh hot damn. HRC is throwing down saying Trump in bed with Russia.”

There is nothing unusually partisan about Strzok’s text messages. The mood of the country at the time of these texts was one of worry about the prospect of Trump being elected. President Barack Obama had expressed publicly that he did not trust Trump with nuclear weapons — an unprecedented statement from a sitting president about a major party candidate — and Trump had compounded fears by advocating that South Korea and Saudi Arabia become nuclear states. In the context of a nation concerned about electing a potentially incompetent and petulant president, the text messages between Strzok and Page do not appear to differ from the views of about half of the country’s electorate. Strzok’s texts even included a description of Democratic primary candidate Sen. Bernie Sanders as an “idiot like Trump.” There were many FBI agents who preferred Clinton to Trump. While some may have been partisan, others were concerned about Trump’s temperament and respect for the rule of law. Should every agent who voted for Clinton be run out of the bureau?

In addition, we have no way of knowing at this point what Strzok knew about the Trump campaign’s connections to Russia and how that might have informed his concerns about a Trump presidency.

When the FBI raided Manafort’s home in July, agents arrived before dawn and busted open the door without warning. In FBI parlance, this is a “no-knock search.” A judge must sign off on such a search, which is generally justified by FBI concerns about the safety of agents or the destruction of evidence. While critics have a strong argument that the FBI too frequently requests permission for no-knock searches, nothing in the Manafort case suggests the search was unjustified given the FBI’s general practices. The FBI has used no-knock searches in even minor cases, including one that involved a search for counterfeit car parts. 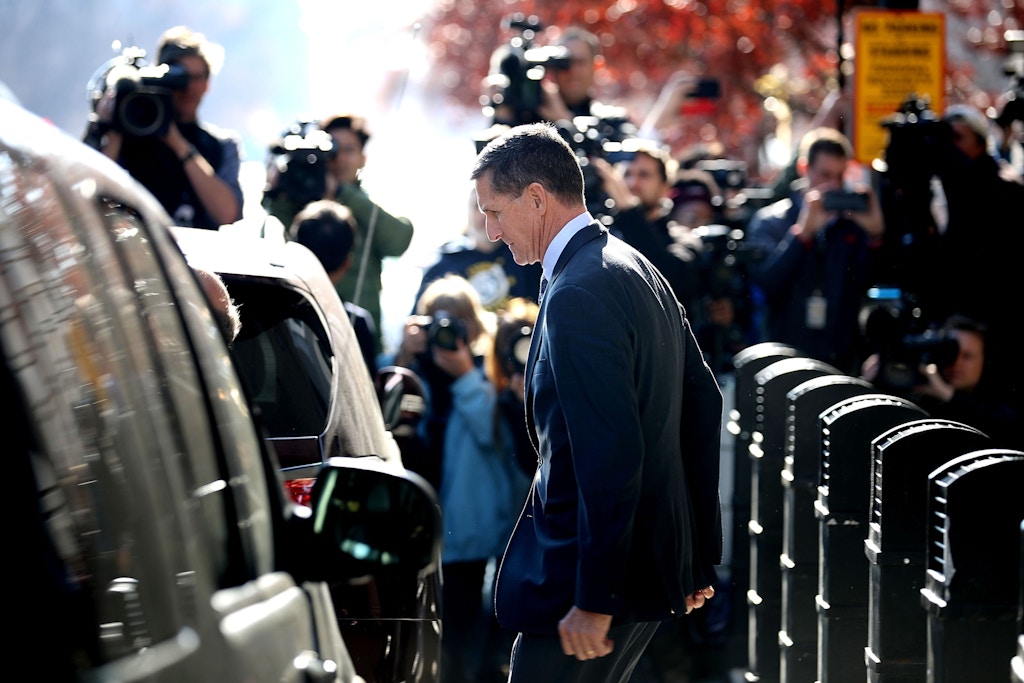 The FBI built its case against Michael Flynn, the former national security adviser who has become a cooperating witness after pleading guilty to making false statements to the FBI, through intercepts of phone conversations between Flynn and Sergey Kislyak, the Russian ambassador to the U.S. Flynn lied to FBI agents about the contents of these conversations.

For counterintelligence purposes, U.S. officials monitor the communications of spies and foreign diplomats under the authority of the Foreign Intelligence Surveillance Act. It would be surprising if Russia’s ambassador was not being monitored, which is what makes it all the more surprising that Flynn, a former head of the Defense Intelligence Agency, would choose to have unencrypted phone calls with Kislyak. While the leaking to the media of Flynn’s calls with Kislyak was a potential criminal act, the calls were intercepted under legal authority and in line with how the FBI conducts counterintelligence investigations.

The same appears to be true of former Trump adviser Carter Page, whose communications were monitored under FISA authority after the FBI established probable cause that Page was acting as a Russian agent.

While there’s plenty of room for FISA abuses, the intercepts involving Flynn and Page appear to have followed standard FBI counterintelligence methods.

Mueller’s investigation has so far resulted in two guilty pleas. Both Flynn and former Trump campaign adviser George Papadopoulos pleaded guilty to making false statements to the FBI as part of deals in which they have become cooperating witnesses.

Trump and his media supporters have pointed out that court records filed in these cases do not establish evidence of collusion and that these two men were convicted for their own lies. While this is true, the argument ignores how the FBI works. Making a false statement to the FBI is a felony offense punishable by up to five years in prison; most people are unaware of this. For that reason, the FBI uses the lying offense as a bludgeon to force cooperation, or as a substitute for more serious offenses.

In Flynn’s case, Mueller and his team appeared to have significantly more serious charges they could have levied against the former national security adviser. Indicting him for false statements was a way of letting Flynn off easy — not bringing more serious charges — in exchange for his cooperation.

By contrast, Papadopoulos would likely not be a criminal today had he simply not spoken to the FBI. Unlike Flynn, he does not appear to have committed any crime other than attempting to deceive the bureau. But because he had lied, the FBI was able to use the felony charge as leverage to force Papadopoulos to cooperate.

Papadopoulos might have known to shut up had he paid any attention to how the FBI has investigated other groups. Since the 9/11 attacks, for example, 139 terrorism cases have involved charges of making false statements. Muslim civil rights groups routinely advise people never to speak with FBI agents.

A lawyer for Trump criticized Mueller for obtaining transition team emails that had been stored on servers administered by the General Services Administration. If Mueller requested the emails from the GSA, under one of the many legal authorities he possesses as special counsel, and GSA employees in turn provided those emails, this would appear to be a fairly benign and legal way for the FBI to obtain information.

Under FBI rules, Mueller and his team have much more invasive ways to obtain information. Let’s say Mueller’s investigators think a former Trump adviser would make a good informant. FBI agents can use a Type 5 assessment to surveil the former adviser and even root through the former adviser’s trash for 72 hours in order to find information they can use to leverage cooperation. Imagine the outcry if this had indeed been done. And understand that the FBI has done this many, many times in a variety of other investigations over the years — without a hint of protest from the right wing.

If the FBI’s tactics in the Mueller investigation seem overly aggressive or partisan, you just haven’t been paying attention to the FBI. America’s secret police has the legal authority to be much more intrusive.