Trump has inherited an unprecedented number of federal judicial vacancies, and he’s rushing to fill them with deeply conservative judges. 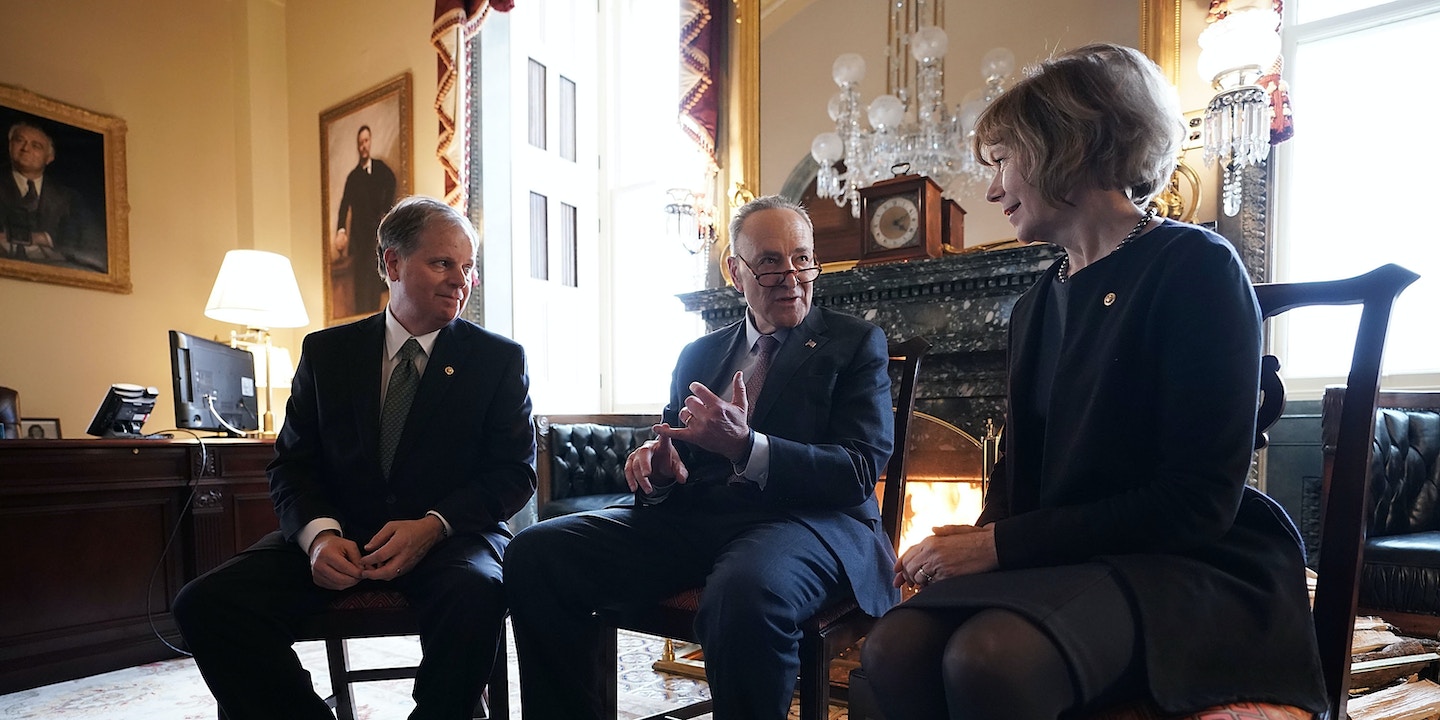 President Donald Trump inherited an unprecedented number of federal judicial vacancies, and he’s rushing to fill these lifetime appointments with deeply conservative judges as fast as possible. Democrats, optimistic after surprising election victories and Trump’s continued implosion, are looking happily at the prospect of retaking the White House in 2020.

But the judicial takeover, depending on how complete, could imperil Democrats ability to turn a new mandate into legislation, as the increasing activist streak among the new crop of conservative jurists would put Democratic policymakers on a constitutional collision course with Republican judges.

And with a significant number of Supreme Court justices approaching retirement or mortality, the highest chamber threatens to tilt just as dramatically to the right. The current Supreme Court managed to deem an expansion of Medicaid an unconstitutional overreach, leaving it to the states to decide the matter. Who’s to say a more extreme court wouldn’t do the same or worse with Medicare for All?

The only way to stop the seizure of the judiciary is for Democrats to win the Senate in November. It may be the most important and least discussed political battle under way.

The arrival of Alabama Democrat Doug Jones narrowed Republicans’ hold on the Senate to a single seat, 51-49, but also brought hope that the needle-threading needed to seize the chamber may actually be possible. By numbers alone, Democrats need two more seats; if the chamber is tied at 50-50, Vice President Mike Pence can break the tie. Democrats have all but counted their chickens in Nevada, where a deeply unpopular Sen. Dean Heller may lose his primary to Las Vegas businessman Danny Tarkanian. If he survives, he faces Jacky Rosen in a general election Democrats expect to claim.

Kyrsten Sinema, meanwhile, has a strong chance in neighboring Arizona. In Texas, Beto O’Rourke is raising piles of small-dollars in his long-shot bid to knock out Ted Cruz. Trump won Texas by 9 in 2016, and won Arizona by 3.5 points.

Democrats would need two of those three seats and would then need to hold on to not one, but two seats in Minnesota, where Trump nearly won in 2016, and having two Democrats on the ballot threatens to entice vote-splitting among some Midwest moderates. Democrats are also defending seats in the deep red states of Montana, Missouri, North Dakota, and Indiana.

In Wisconsin — where Sen. Tammy Baldwin, who has done little to distinguish herself, faces a tough race in a state that fell to Trump in 2016 — already has a Republican governor and senator, and right-to-work laws have ravaged organized labor. Voter suppression laws have also tipped the balance there in favor of Republicans, with some 17,000 voters being pressured away from the ballot in 2016.

“I think it’s too early for that,” said Alabama Republican Sen. Richard Shelby, 83, asked how concerned he was about losing the upper chamber. “I guess every House [seat] is in play. You know, the House and everybody runs…That’s why people are running, to retain control, to get control. I think if you look at the numbers, I think Republicans are going to do better than you think. But the numbers are on our side, still you have politics too as part of the equation. You know better than anyone.”

So far, the Senate has confirmed 19 of Trump’s nominees, which includes one Supreme Court justice, 12 circuit court judges, and six district court judges. Trump has set the record for most federal appeals judges confirmed in the first year of a presidency; former President Barack Obama had confirmed three in his first year.

Trump wields this enormous power, in part, because of the unusual number of vacancies his administration has inherited. Obama handed over 100 judicial vacancies, nearly double the 54 openings Obama had inherited from George W. Bush. It wasn’t by chance: Republican obstruction in the final years of Obama’s presidency boosted the record number of vacancies. But Democrats own some of the problem, too. Obama was not quick to send nominations to the Senate during the six years the party controlled the chamber. And when he was, Democrats allowed Republicans to slow them down. Former Senate Judiciary Committee Chair Pat Leahy, D-Vt., had insisted on continuing the tradition of “blue slips,” which allowed home-state senators an effective veto of a nominee for their state. Republicans had simply refused to return their blue slips, and Leahy had allowed nominations to languish. Predictably, Republicans have now cast that tradition aside.

And Democrats had also allowed Republicans to filibuster nominees, declining to change the rules around judicial nominations until November 2013.

In the final two years, as Senate Republicans took over, the confirmation process had ground to a halt, famously even blocking Supreme Court nominee Merrick Garland for the duration of the campaign. That seat is now occupied by Justice Neil Gorsuch. There are now 149 vacancies, including 137 in the U.S. courts of appeals and district courts, with 27 nominees pending.

The difference between Trump having one year or three years to fill those vacancies could be substantial.

Current Senate Judiciary Chair Chuck Grassley, R-Iowa, made it easier for Trump to appoint judges when he started ignoring Democratic blue slips. So there are no real tools available, besides having a majority, to stop the more reactionary nominees from moving forward.

Unsurprisingly, Trump is also careening away from Obama’s efforts to diversify the nation’s federal courts — he’s nominating white men to federal courts at a rate not seen in nearly 30 years. An Associated Press analysis found that, so far, about 91 percent of these nominees are white and 81 percent are male. Most of the white men are replacing other white men, but “of the Trump nominees currently pending, more than a quarter are white males slated for seats have been held by women or minorities,” according to the AP report.

And as Trump continues to shape the courts, he’s met with near silence. The only real moments of controversy culminated last month when three of Trump’s nominees withdrew their names in a span of 10 days. One of the federal judicial nominees, Matthew Petersen, withdrew after he admitted he had never prosecuted or defended a case and was unable to answer basic questions about the courtroom process during his confirmation. A clip of the exchange between him and Sen. John Kennedy, R-La., went viral. Another one of the nominees, Brett Talley, a Justice Department official and ghost hunter who had also never tried a case, was unanimously ruled “unqualified” by the American Bar Association. Talley ultimately withdrew his name, but having an unqualified ABA rating is in itself not disqualifying: The Senate still voted to confirm Leonard Grasz to a lifetime appointment despite being found “not qualified.”

Outside of a viral exchange, lower federal courts don’t receive the same attention the Supreme Court does, but these courts play a crucial role in the lives of Americans. Civil rights, LGBT rights, and abortion rights groups fear they could lose the progress they have made through the courts.

Senate Judiciary Committee Ranking Member Dianne Feinstein, D-Calif., emphasized the significance of the circuit courts, pointing out in a statement last month that the “Supreme Court hears between 100 and 150 cases each year out of the more than 7,000 it’s asked to review,” but in 2015 alone “more than 55,000 cases were filed in federal appeals courts.”