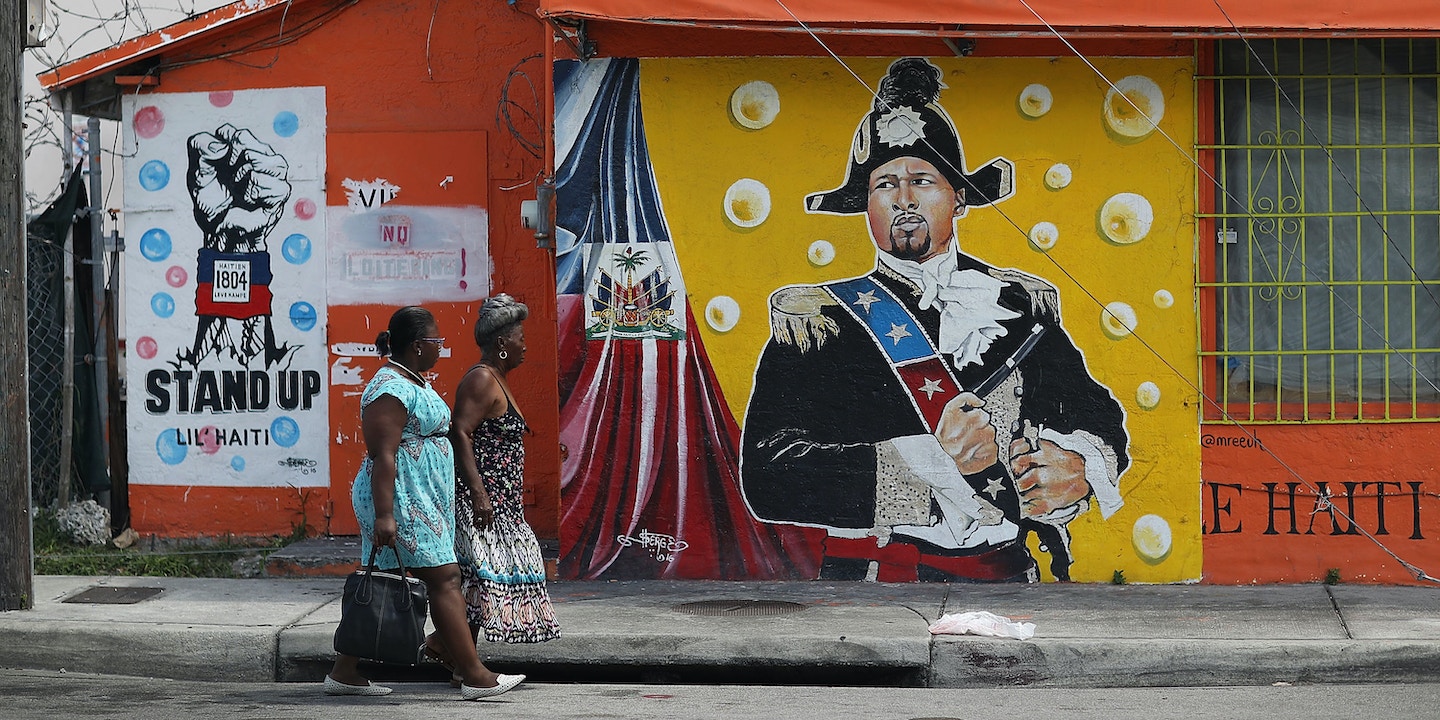 According to the Washington Post, President Donald Trump referred to Haiti and African nations as “shithole countries” during an Oval Office meeting about immigration on Thursday. The Post also reported that Trump then said that the U.S. should try to attract more immigrants from places such as Norway.

Most reactions to this have understandably focused on Trump’s berserk racism. But it’s worth remembering that his comments are grotesque for another reason: Without the bravery of Haitians, Thomas Jefferson would never have been able to complete the Louisiana Purchase in 1803, and the United States as we know it today would not exist.

This has been almost completely forgotten in the U.S., so now’s as good a time as any to remind ourselves.

Most Americans don’t know that France once colonized huge swaths of North America. At this point, the main remnant of this history is when we go to New Orleans for Mardi Gras and drunkenly scream, “Laissez les bons temps rouler.”

But in the late 1700s, France effectively “owned” much of what is today the U.S., as well as the western third of the Caribbean island of Hispaniola. The French named it Saint-Domingue. Today it’s called Haiti.

France turned Saint-Domingue into a slave society with one goal: to produce the largest quantity of commodity crops, particularly sugar, as possible. It eventually supplied 75 percent of all the sugar on earth and generated more wealth than all 13 American colonies together.

This level of productivity required baroque cruelty. An estimated one-third of each shipment of enslaved Africans died within three years of arriving in Saint-Domingue. One who survived later asked these rhetorical questions about the French:

Unsurprisingly, this led to intermittent slave revolts. Surprisingly, a rebellion that began in 1791 eventually succeeded a decade later — the only time a slave revolt won in the history of the Western Hemisphere.

By 1803, France had lost tens of thousands of soldiers and was dangerously low on cash. So Napoleon offered Jefferson, then president, the deal of a lifetime: France would sell all of French Louisiana to the U.S. for just $15 million. This, as you recall from fifth-grade history, was the Louisiana Purchase.

Just a glance at a map shows why this made America the country it is now. It’s not simply that the U.S. acquired 828,000 square miles, which instantly doubled the size of the country (and still represents one-quarter of the U.S. land mass). Just as significantly, our new territory ran from Canada down to New Orleans and the Gulf of Mexico, opening the way for our further expansion westward to the Pacific Ocean.

But don’t take my word for it. Here’s what Alexander Hamilton wrote just after the deal was concluded:

To the deadly climate of St. Domingo, and to the courage and obstinate resistance made by its black inhabitants are we indebted. …

Bonaparte found himself absolutely compelled by situation, to relinquish his darling plan of colonising the banks of the Mississippi: and thus have the Government of the United States, by the unforseen operation of events, gained. … Let us then, with all due humility, acknowledge this as another of those signal instances of the kind interpositions of an over-ruling Providence …

Trump obviously isn’t going to, with all due humility, acknowledge that we are indebted to the courage and obstinate resistance of Haitians. But the rest of us can and should.

Top photo: Women walk past a mural in the Little Haiti neighborhood on May 17, 2017, in Miami.