Albert Kelly, who has no previous environmental experience, joined the EPA after being forced out of the banking industry. Warren wants to know more. 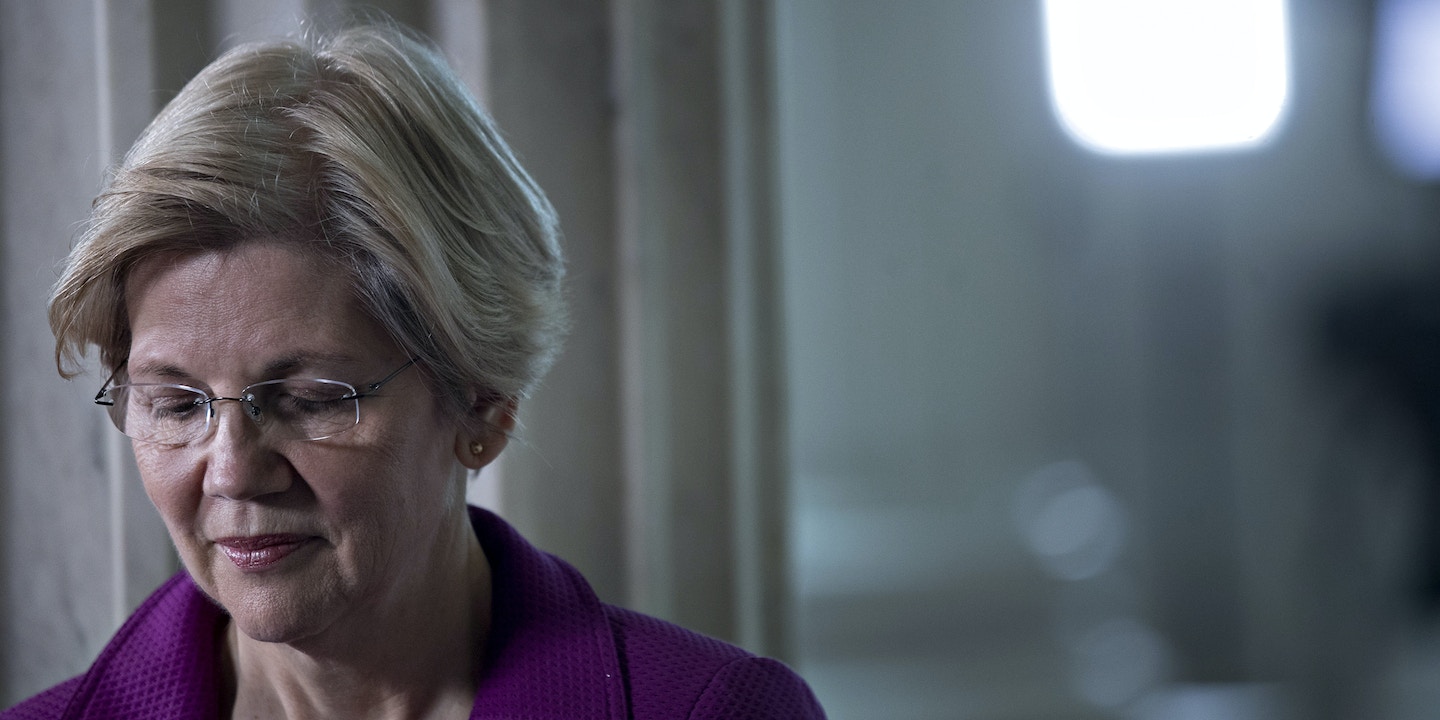 Sen. Elizabeth Warren is questioning whether Albert Kelly, a senior adviser at the Environmental Protection Agency, is fit for his job. Warren, a Massachusetts Democrat, sent Kelly a letter requesting information from Kelly in light of The Intercept’s December investigation that revealed he had been banned from the financial industry.

“Given your troubled financial history, as well as your lack of experience in environmental policy and regulation, I am concerned that you served as Chairman of the Superfund Task Force and that you continue to serve as a Senior Advisor at the EPA,” Warren wrote in the letter, first reported by The Intercept.

Before becoming an EPA senior adviser in May, Kelly was chair of SpiritBank, a community bank in Oklahoma that made loans to EPA Administrator Scott Pruitt. Though Kelly had no experience with environmental issues, Pruitt hired him and tasked him with oversight of the agency’s Superfund program – just two weeks after the Federal Deposit Insurance Corporation fined him $125,000 for making a loan not approved by the banking regulator. In July, he was banned from the banking industry for life.

In her letter Warren noted the significant financial losses SpiritBank experienced under Kelly’s leadership, as well as the bank’s inability to repay more than $21 million it received in federal funds through the Troubled Asset Relief Program, or TARP, both first reported by The Intercept.

The Superfund program manages clean-up of the country’s most contaminated areas and has a direct impact on Americans’ health and safety. Some 53 million people live within 3 miles of one of the more than 1,100 such sites around the country. And hundreds of the sites are at increased risk of flooding due to climate change.

As Warren noted, the program’s budget has been on the decline since 1999, and the Trump administration has proposed slashing it even further. “Given these financial struggles,” Warren wrote, “it is essential that the EPA personnel responsible for the Superfund program — including the personnel making recommendations on the Superfund’s future — are capable of properly managing and allocating the program’s finances.”

Warren asked Kelly 14 detailed questions about his banking history and qualifications, including whether he was personally involved in the decision to approve a mortgage loan to Pruitt or a loan to buy a partial share of a local minor league baseball team. The senator also asked Kelly about his role in managing SpiritBank’s TARP funding and responding to a 2012 FDIC consent order meant to stabilize the failing bank.

In its vague — and redacted — May 2017 consent order fining Kelly, the FDIC only specified that it had “reason to believe that [Kelly] violated a law or regulation, by entering into an agreement pertaining to a loan by the Bank without FDIC approval.” In her letter, Warren sought more information about why the federal banking regulator fined and later blacklisted Kelly.

She asked Kelly for details on his role at the agency and also inquired about whether he plans to recuse himself from any specific agency activities or issue areas as a result of the banking ban.

Kelly came to the EPA after 33 years working at his family’s bank. He studied business and law and lists motivational speaking, ranching, and political activity on his resume. Given his lack of environmental expertise, Warren asked him, “What background and experiences do you believe qualified you for the Superfund Task Force chairmanship?”

It’s a question some people living near contaminated sites share. Dawn Chapman — co-founder of the advocacy group, Just Moms STL, who has been working to get the EPA to clean up radioactive waste at the West Lake Landfill in St. Louis for years — has been in regular contact with Kelly, or “Kell” as he is known, over the site. “Kell keeps saying ‘I’m not a scientist,’” said Chapman, “and I want to ask: ‘Well what are you then? Are you still a banker?’ I want to know what lens he’s looking through when he sees it if it’s not the lens of science.”

The EPA put West Lake on a list of 21 prioritized Superfund sites in December and has since said it expects to make a final decision about how the site will be remediated by the end of January. “It’s a decision that means everything to us,” said Chapman.

Kelly was scheduled to speak about Superfund clean-up efforts at a House Energy and Commerce Committee hearing Thursday, but withdrew his name from the witness list, citing “an unavoidable scheduling conflict,” according to The Hill.

Warren requested Kelly’s response to her 14 questions no later than February 1.