A Lesson for the March for Life: Colorado Invested in Contraceptive Access and Cut Teen Abortions by Half

Want to reduce abortion? Then increase access to contraception. Colorado shows how. 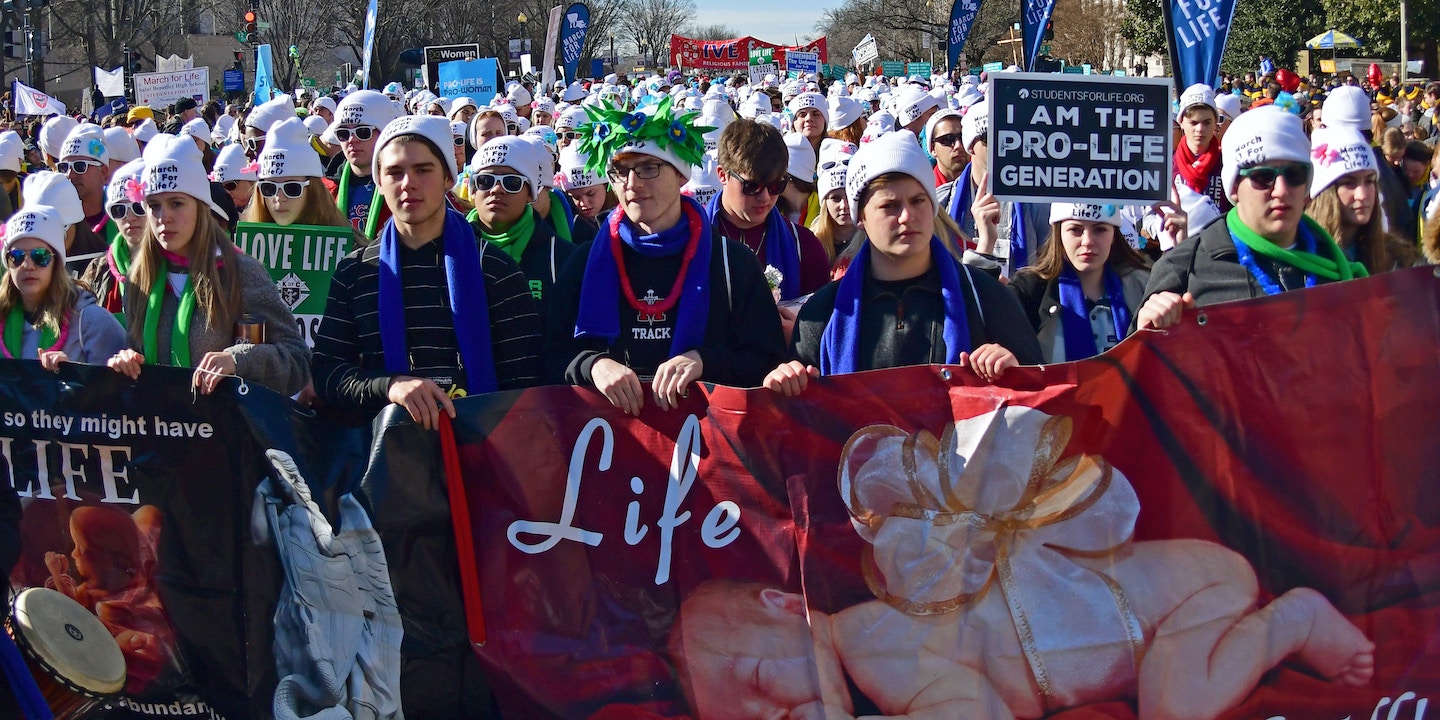 The March for Lifers are united behind an agenda focused on limiting or eliminating legal access to abortion; many of the House Republicans who courted the demonstrators are currently trying to pass a law that would prohibit abortions after a fetal heartbeat is detected.

But for those in the march looking to reduce abortions and unintended pregnancies, Colorado has already shown the way forward.

In 2008, the Colorado Department of Public Health partnered with a private donor to launch the Colorado Family Planning Initiative. With $27,370,246 in private funding, the CFPI set out to provide education and access — ranging from low-cost to free — to long-acting reversible contraceptives, or LARCs, such as IUDs and implants using Colorado’s network of Title X family planning clinics.

By mid-2015, the program had provided LARCs to around 36,000 women. A state report released last year showed that CFPI has been a dramatic success in reducing both teen pregnancy and the frequency of abortions sought by teens. The report notes that “between 2009 and 2014, birth and abortion rates both declined by nearly 50 percent among teens aged 15-19.”

The report concedes that there was a national decline in teen fertility during this period as well, but notes that Colorado actually outperformed the rest of the nation. “While the U.S. teen fertility rate was also declining during this time period, dropping 36 percent from 37.9 to 24.2, the decline was not as steep as it was in Colorado,” it writes. “The two rates began as nearly identical in 2009, but by 2014, Colorado’s rate was nearly five points lower.”

The Colorado Department of Public health also concluded that state and federal taxpayers saved tens of millions of dollars thanks to the program. It estimated that “a total of $66,063,664 to $69,625,751 in entitlement program costs for Colorado women ages 15 to 24 and their infants were avoided from 2010 to 2014 due to the Colorado Family Planning Initiative.” These cost savings come from calculating the expected spending from programs like Medicaid, food stamps, and other safety net programs had these teen pregnancies not been avoided.

Some in the anti-abortion movement are slowly coming to embrace using education and access to birth control as the primary means to reduce abortion. Robb Ryerse, a self-described anti-abortion Republican challenging an incumbent in Arkansas’s deep-red third district, told The Intercept last year that he opposes legal restrictions on abortions.

“I don’t think that criminalization of abortion has been proven to reduce the number of abortions,” he said. “We’re actually seeing over the last eight years with an increase in funding for health care and education and fighting poverty we’re seeing abortion levels at their lowest rate that they’ve ever been even before Roe v. Wade, so I think that’s the path to be on.”

But for many, the data don’t matter. Some elements of the movement — such as the owners of Hobby Lobby — claim falsely that IUDs actually cause abortions. The conservative group Focus on the Family, which also opposes IUDs on principle, said it was offended by the study, which it warned would lead to increased sexual activity.

When time came for the Colorado legislature to increase its own spending on LARC programs, Republicans were split on the program, with those in favor arguing it was fiscally conservative and reduced abortion, and those opposed arguing on principle against contraceptives, comparing them to abortion.  In 2015, they defeated a funding expansion for the program. The following year, the program won the needed funding only after GOP opposition was overcome.

Top photo: Thousands of anti-abortion activists from around the U.S. gather near the National Mall in Washington, D.C. Jan. 19, 2017 for the annual “March for Life.”