Michael Oren admitted that he opened an investigation into Ahed Tamimi’s family based on an internet conspiracy theory. 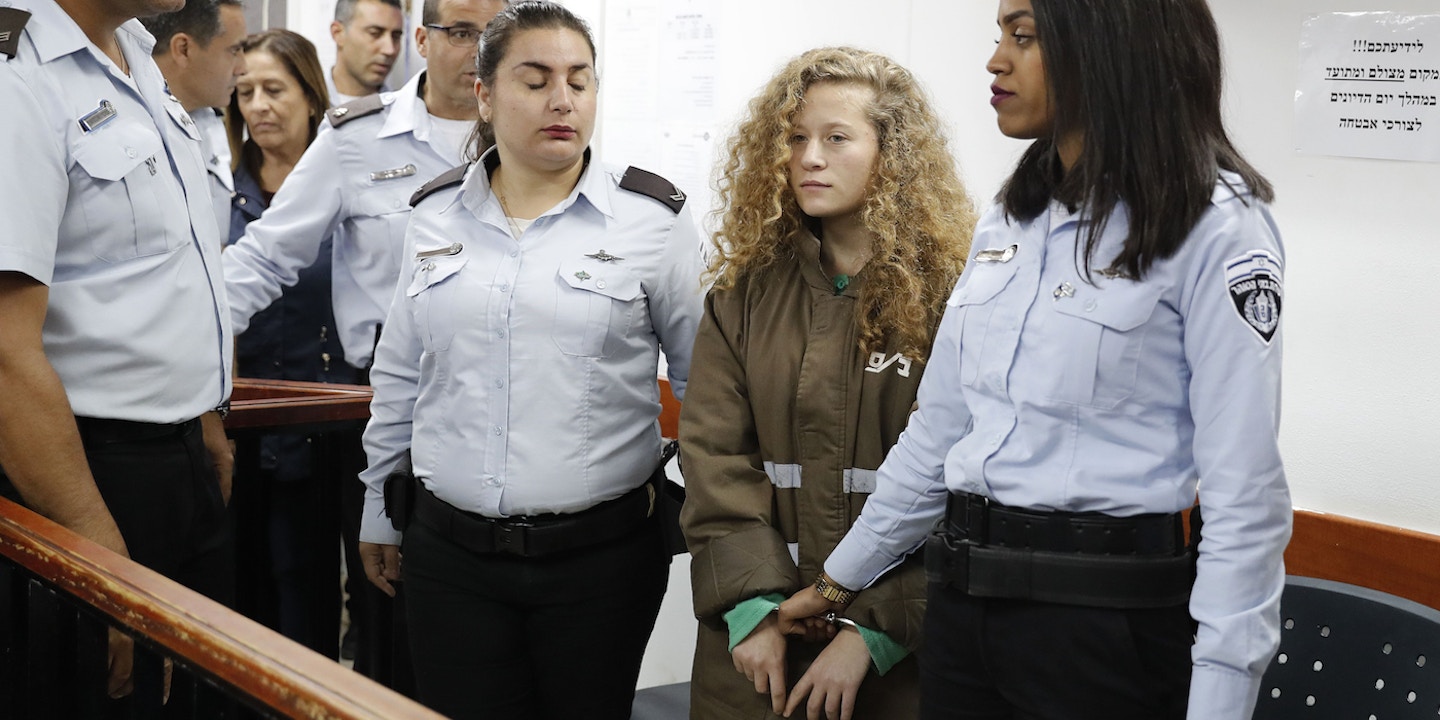 Michael Oren, Israel’s senior official in charge of diplomacy, was roundly mocked on Thursday for admitting that he had opened a formal investigation of a family of Palestinian activists based on an internet conspiracy theory, which claims that they are not a real family but a troupe of actors paid to pretend that the occupation of their land in the West Bank upsets them.

Oren’s strange admission to the Israeli newspaper Haaretz came in response to a wave of negative publicity for the Jewish state following the arrest last month of a 16-year-old Palestinian girl, Ahed Tamimi, who was filmed by her mother slapping an Israeli soldier outside their home in the village of Nabi Saleh.

The arrest of the young activist prompted international outrage and led to somewhat frantic efforts at damage control from Israelis seeking to discredit this sympathetic face of unarmed Palestinian resistance to Israeli military rule.

Asked to explain what led him to open a classified investigation of the conspiracy theory that the Tamimi family is “not genuine, and was specially put together for propaganda” purposes, Oren told Haaretz that he suspected that “members of the family were chosen for their appearance,” an apparent reference to the fact that Ahed and her younger brother Mohammed are blond and fair-skinned. He also found their clothing suspicious, calling their jeans and T-shirts “a real costume. American dress in every respect, not Palestinian, with backward baseball caps. Even Europeans don’t wear backward baseball caps.”

“It was all prepared. It’s what’s known as Pallywood,” he added, referring to an American blogger’s conspiracy theory that all video documenting incidents in which Israeli soldiers are caught on video abusing Palestinians is staged fiction.

Oren, who was born and raised in the United States, also told Haaretz that he and his staff had nicknamed the Tamimi family “the Brady Bunch,” after the 1970s sitcom, because, he said, “that wasn’t a real family; they were actors.”

He was not asked to explain if Ahed Tamimi’s 15-year-old cousin Mohammed, who was shot in the head with a rubber bullet by a member of the Israeli security forces shortly before she slapped the soldier, and required emergency surgery in which part of his skull was temporarily removed, was also acting.

Was Ahed Tamimi's cousin, whose head was shattered by an Israeli soldier's bullet, just an actor? The Israeli government investigatedhttps://t.co/a1a3Nd4uro pic.twitter.com/iSSzqNT68z

Oren appeared to be referring to images of Ahed Tamimi’s younger brother, Mohammed, showing him first with a cast on his right arm and then with a cast on his left arm. What Oren appears not to be aware of is that the images of the boy were taken not on subsequent days but 15 months apart, at protests in May 2014 and August 2015.

Oren reiterated the false claim about the boy in a Hebrew-language tweet on Wednesday. “A 12-year-old child is photographed with a cast on his right hand, and the following day with a cast on the left,” Oren wrote. “You tell me if this is not paid for and staged?”

Oren, a former Israeli ambassador to the United States who is a historian by training, did not respond to a request to provide some visual evidence to support this claim. Several of his supporters on Israel’s far-right, however, shared a snapshot of the Tamimi family, showing Mohammed and Ahed with their parents, Bassem and Nariman, which had been very obviously flipped to make it appear as if the boy’s cast was first on his left arm and then on his right arm.

The clear manipulation of that image of the Tamimis led to a series of memes mocking Oren, in which other images — including one of his own tweet — were reversed in obvious ways.

After being ridiculed all day on Thursday, Oren’s office issued a statement to Yotam Berger of Haaretz saying that the fake image of the boy’s cast circulating online was not the evidence he had relied on. He refused, however, to release any evidence to support his claim, arguing that evidence presented to his investigative committee “is confidential and therefore cannot be published.”

This is not the first time Oren has falsely suggested that video documenting the Israeli occupation of the West Bank might have been staged. In 2014, after a Palestinian boy who hurled rocks at Israeli soldiers during a demonstration was shot and killed while a CNN camera rolled, Oren appeared on that news network to argue that the entire incident might have been staged. After an investigation by Forensic Architecture combined that CNN footage with images of the shooting from a security camera, an Israeli soldier admitted that he had fired live ammunition at the boy, fatally wounding him. Michael Oren, right, with former Senator Joe Lieberman at a book party for Oren’s memoir, “Ally: My Journey Across the American-Israeli Divide,” in New York in 2015.

Oren’s attempt to smear the Tamimi family, which has led weekly protests against Israel’s occupation in Nabi Saleh since 2009, is also an assault on the capability of Palestinians to document the occupation themselves. Two members of the extended family, Nariman and her cousin Bilal, have worked to document the protests with cameras provided by an Israeli nongovernmental organization, B’Tselem.

Hagai El-Ad, executive director of B’Tselem, told The Intercept on Thursday that Oren’s campaign to discredit the Tamimi family, and the scenes of everyday oppression they record, was part of a broader effort to keep the reality of the occupation from the eyes of the public, inside Israel and abroad.

“The conspiracy theory of suspecting whether the Tamimi family is ‘real’ is a particularly crazy moment of a much broader landscape,” El-Ad said, “one in which the occupation doesn’t exist, government propaganda is the official truth, and those that offer actual facts or express opposition are either terrorists (if Palestinian) or traitors (if Israeli).”

Sarit Michaeli, another B’Tselem activist, suggested that such conspiracy theories were necessary for Israelis who refuse to accept the uncomfortable reality that their country’s security forces rule over a Palestinian population denied basic civil rights in the occupied West Bank.

It's tempting to just ridicule MK Oren and his Tamimi conspiracy, but it reflects the sentiment among many Israelis, who can't accept that Palestinians protest because we stole their land and oppress them daily. https://t.co/i3PoBBIKMR

Top photo: Palestinian Ahed Tamimi, center, a prominent 16-year-old campaigner against Israel’s occupation, appeared at a military court at the Israeli-run Ofer prison in the West Bank village of Betunia on Dec. 28, 2017.

This post was updated to add Michael Oren’s comparison of the Tamimi family to actors from “The Brady Bunch,” a comment from Sarit Michaeli of B’Tselem and information about Ahed Tamimi’s badly injured cousin, Mohammed.