The New Orleans City Council withdrew the resolution Thursday after backlash from Jewish groups and pro-Israel politicians over BDS implications. 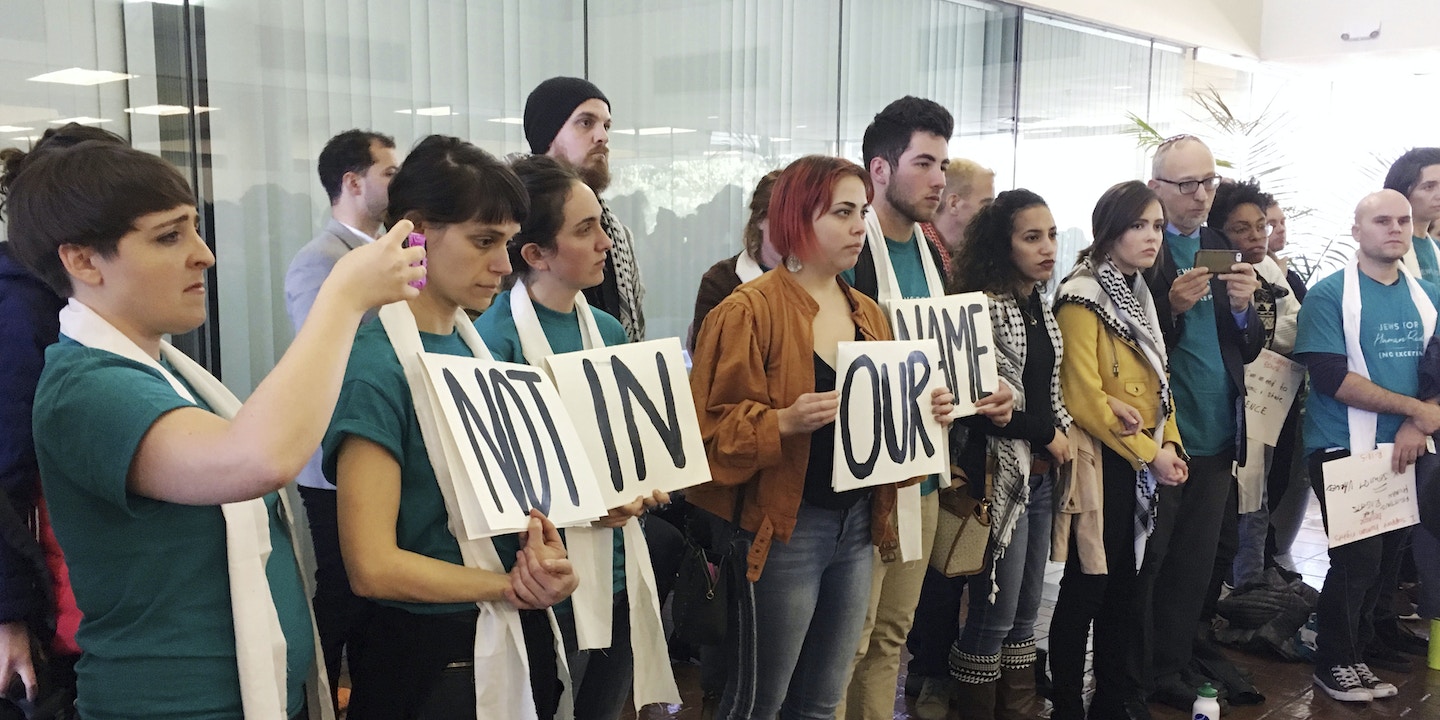 Human rights activists earlier this month celebrated the passage of a historic resolution pledging to take steps to avoid contracting with or investing in corporations complicit in human rights abuses — but their victory was short-lived. On Thursday, New Orleans withdrew the resolution after backlash from Jewish groups and pro-Israel politicians prompted city council members to reconsider their support.

The resolution had made New Orleans the first city in the South — and one of the largest in the country — to pass an initiative in accordance with the campaign to boycott, divest from, and sanction Israel for its occupation of Palestinian territories, known as BDS.

Immediately after the resolution’s passage, the Jewish Federation of Greater New Orleans and the local chapter of the Anti-Defamation League teamed up and “undertook an aggressive effort to combat a legal instrument” they called harmful to the city and its Jewish community. (Neither the Jewish Federation nor the ADL returned requests for comment.) The resolution had also sparked a backlash among politicians on the national stage. Louisiana’s Republican Sen. Bill Cassidy attacked the city council in a fundraising email for his re-election campaign. “While city council members feigned innocence, claiming to be totally unaware of the resolution’s anti-Israel and anti-Semitic meaning, pro-BDS activists and anti-Semites around the nation rejoiced,” Cassidy said in the email.

“They were opposed to human rights accountability for all groups if it meant that Israel might be held accountable for the denial of Palestinian human rights.”

In wiping away the resolution, however, Israel’s most fierce defenders have staked out a position in which no criticisms of any human rights violations are possible so long as the avenues for criticism might ensnare Israel. The resolution had made no mention of Israel or the BDS movement, though the local Palestinian Solidarity Committee helped draft it. The language was purposefully broad, organizers said, in order to be inclusive of other marginalized groups and provide accountability for an array of human rights causes.

When asked what part of the text city council members found objectionable, a council spokesperson, who spoke on background in order to be candid, concurred that it wasn’t the actual text. “It really was more … of where it came from, the group,” the spokesperson said, “the Palestinian organization they were working with.”

The NOLA City Council is not allowing all human rights supporters into the room, so they are raising their signs to the window, demanding to be heard. #HumanRightsNOLA pic.twitter.com/kQAdsvDxxO

The resolution said that the city council “encourages the creation of a process to review direct investments and contracts for inclusion on, or removal from, the city’s list of corporate securities and contractual partners.” The human rights screening was meant to be “consistent with its responsibilities to its residents,” the resolution stated, because “the city has social and ethical obligations to take steps to avoid contracting with or investing in corporations whose practices consistently violate human rights.”

Though the New Orleans Palestinian Solidarity Committee helped draft the resolution, council members claimed they had no idea that the group was connected to the BDS movement. Mayor-elect LaToya Cantrell, who sits on the council and introduced the measure, said in a statement, “[I]ts passage has shrouded the city in an undesired and damaging falsehood.”

“As mayor-elect, I am committed to leading a city that champions civil and human rights, democratic engagement, and transparency,” Cantrell said. “While I will continue to examine issues of civil rights and fair contracting, I want to unequivocally reiterate that I am neither supportive of the BDS movement nor in any way hostile to the Jewish community or the state of Israel. Nor was it my intention to commit the City of New Orleans to such positions.”

“I’m certain that folks on both sides agree with the black-and-white words on that human rights resolution.”

“I’m certain that folks on both sides agree with the black-and-white words on that human rights resolution,” said Councilmember-at-Large Jason Williams, before moving to withdraw the resolution. “However, how the New Orleans City Council is reflected internationally and how we are reflected nationally — that is up to the members of the city council. And we speak for the city of New Orleans and we speak for the New Orleans City Council, and no one else is going to interpret a resolution that comes from this body.”

The city council spokesperson pushed back on the notion that the council was casting aside all human rights violations in favor of shielding Israel from criticism. “I don’t think they’re saying that,” the spokesperson said about the council’s vote to rescind the rights resolution. “They had some organizations that became upset over this resolution. And now what they’re doing is they’re going to come back and see if they can work it out.”

“What I would say, again, the statement itself is that you had this irate and loud reaction to it, and I think right now what they’re trying to do is go back to showing that New Orleans is a welcoming city,” the spokesperson added. “It was the group that it was coming from and what was said afterwards.” The spokesperson said the resolution “was never BDS. And Israel and Palestine were never in those process conversations.”

This is beyond absurd! Israel is the only democracy in the Middle East and a true friend. So the City Council votes to support those who want to destroy Israel! I am am speechless. https://t.co/zidi4tM8P1

“For the thousands and thousands of Palestinian residents in New Orleans, BDS is very much a local issue.”

Max Geller, a Palestinian Solidarity Committee organizer, defended the notion of taking up an international issue in a local forum. “For the thousands and thousands of Palestinian residents in New Orleans,” he said, “BDS is very much a local issue.”

“Thousands of New Orleanians came here fleeing from Israeli human rights abuses,” Geller said. “They participated in a political process that began over a year ago, and we worked this every step of the way, and all of a sudden, a few Jewish groups … were able to tank this in a day.” He added, “It’s certainly very disheartening to a group that is already marginalized. To have all their efforts nullified because of the position of some very wealthy pro-Israel donors.”

The Palestinian Solidarity Committee’s Mustafa characterized the flap following the resolution’s passage as its own affront to the city’s Palestinians. “It takes the gaze away from what’s being done to the Palestinian population here right now,” she said, “which is that our rights are being violated because a resolution is going to be negated simply because we participated in the political process to get a human rights resolution that benefits every New Orleans resident.”