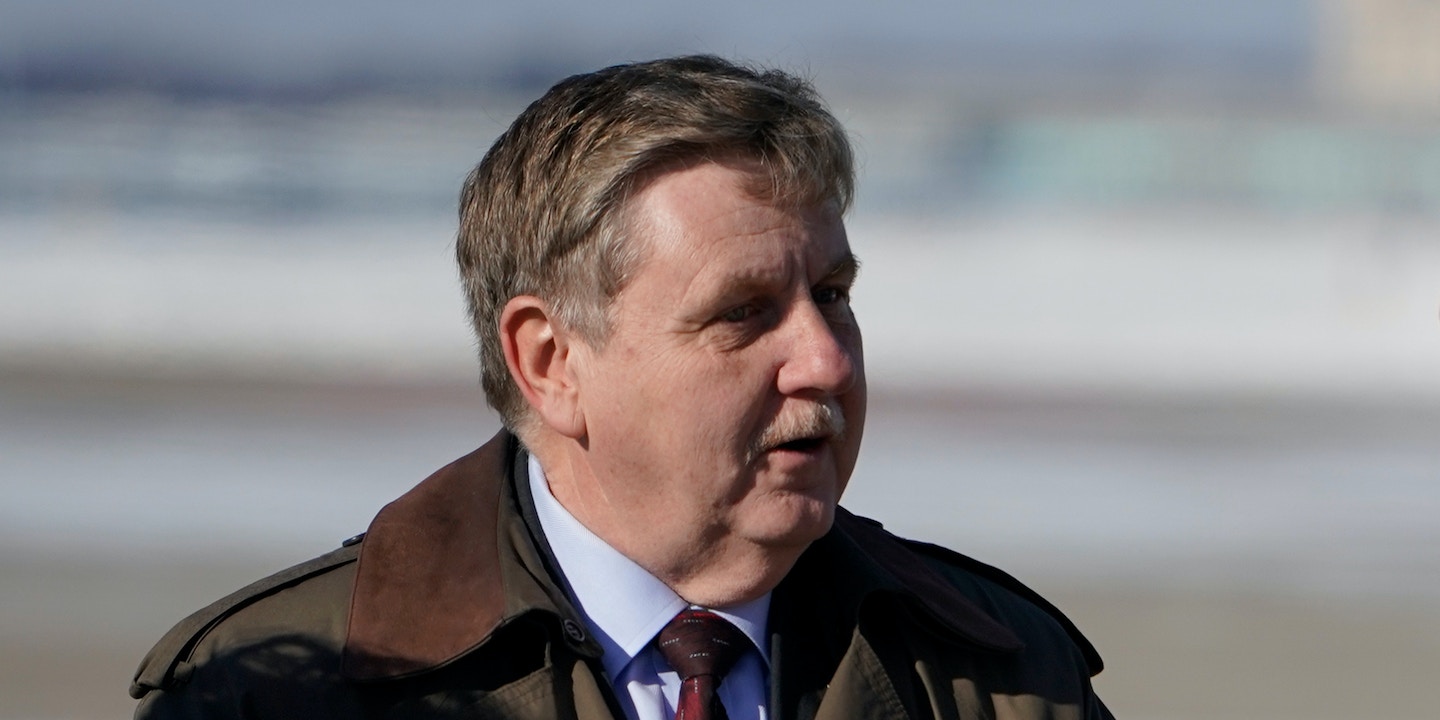 In his campaigns for public office, Rick Saccone, now the Republican nominee for the upcoming Pennsylvania special election to Congress, has demanded government spending cuts, claiming that since his “constituents have had to do a lot of belt-tightening the past few years; it’s time for state government to do the same.” But records show that Saccone has also spent profusely on the taxpayers’ dime, using his legislative expense account for meals, per diem payments, and other items at a rate higher than most lawmakers.

The expenses records, obtained by The Intercept through a Pennsylvania Right to Know Act request, show that in his first seven years as a state representative, Saccone spent $435,172 in taxpayer money using his expense account.

Saccone is taking on Democratic candidate Conor Lamb for the 18th Congressional District, a seat vacated by Tim Murphy, an anti-abortion lawmaker who left Congress after the revelation last year that he had pressured his mistress to seek an abortion.

Pennsylvania provides state lawmakers with generous salaries and expense policies, allowing them to bill the government for activities they deem as necessary for their job. Previous investigative reports have found that Pennsylvania state lawmakers of both parties routinely spend tens of thousands of dollars on a range of expenses, including parties and decorations.

But Saccone’s profligate use of the legislative expense account may come as a surprise. He was elected in 2010 during the tea party wave on a pledge to cut government spending. While in office, he has supported slashing the budgets for K-12 education, childhood education programs, public libraries, child welfare, and other state programs.

Records maintained by the Pennsylvania General Assembly show that Saccone has billed taxpayers for a variety of questionable expenses, including 36 line items for various flag and flag accessory purchases totaling $4,436.30. The records also show that Saccone has spent $117,400 to lease an office from Dowling Properties, a real estate company founded by Celine Dowling, a campaign donor to Saccone. His campaign did not respond to a request for comment.

Pennsylvania lawmakers earn a base salary of $87,180, second only to their counterparts in California. The per diem rates can vary based on time of year, but the full per diem rate in 2016 was $175, according to the National Conference of State Legislatures. The expense accounts effectively allow lawmakers to increase their pay. Though the per diems are designed for food and accommodations while at the state capital, lawmakers are allowed to pocket the difference if they spend less than the per diem rate, or nothing at all.

Normal legislative sessions can last between 30 to 80 days a year, but legislators charge the per diem rate for arriving a day early and working through the weekend, as well as for special sessions. The average Pennsylvania lawmaker spends close to $50,000 in legislative expenses a year, including per diems and office rentals, according to data published by state newspapers in previous years.

Saccone, notably, requested the per diem rate more than 700 times during the last seven years, rather than itemizing his expenses. His yearly average, public records show, is $62,167 — over 20 percent more than the average legislator, including several in neighboring districts in the Pittsburgh suburbs.

That’s not to say he’s the only lawmaker spending big on taxpayers’ dime. An investigation by the local news outlet PennLive last year found that lawmakers spent $2.4 million on meals and lodging from December 1, 2015, to November 30, 2016; the top per diem spender during that time was Democratic state Rep. Chris Sainato, who charged taxpayers $30,653, including for 153 per diems. The Intercept’s review of Succone’s records found he spent $15,551 during that time period.

Common Cause Pennsylvania, an ethics group that has called for reform of the legislative expense account system, questioned Saccone’s spending.

“We do believe that government reform can’t just be an external exercise, but also an internal practice,” said Micah Sims, executive director of the state chapter of Common Cause. “When you have government officials who aren’t willing to operate with the same kind of values that they proclaim, I think it’s problematic. The taxpayers already pay a really nice salary to our state representatives and state senators, so to have that kind of trust broken by Saccone is alarming.”

Saccone’s campaign pledges have come under increasing scrutiny as he has moved to run for federal office. Last year, during his aborted Senate bid, Allentown newspaper the Morning Call reported that despite his signature ethics reform bill banning lobbyist-funded meals for lawmakers, Saccone and his wife regularly dined with lobbyists while in Harrisburg, with lobbyists picking up the tab.

Questioned about the behavior, Saccone admitted to the paper that lobbyists routinely buy him breakfast, lunch, and dinner.

“I take part in it. You know how everything in the capitol is done on relationships,” he said. He didn’t want to “be a martyr just by doing it myself,” he added. “That doesn’t change the system.”

But the lobbyist meals have apparently not discouraged Saccone from collecting a hefty taxpayer-funded per diem.