Over the years, drawing upon his experience in Iraq, Rick Saccone has promoted waterboarding, stress positions, and sleep deprivation. 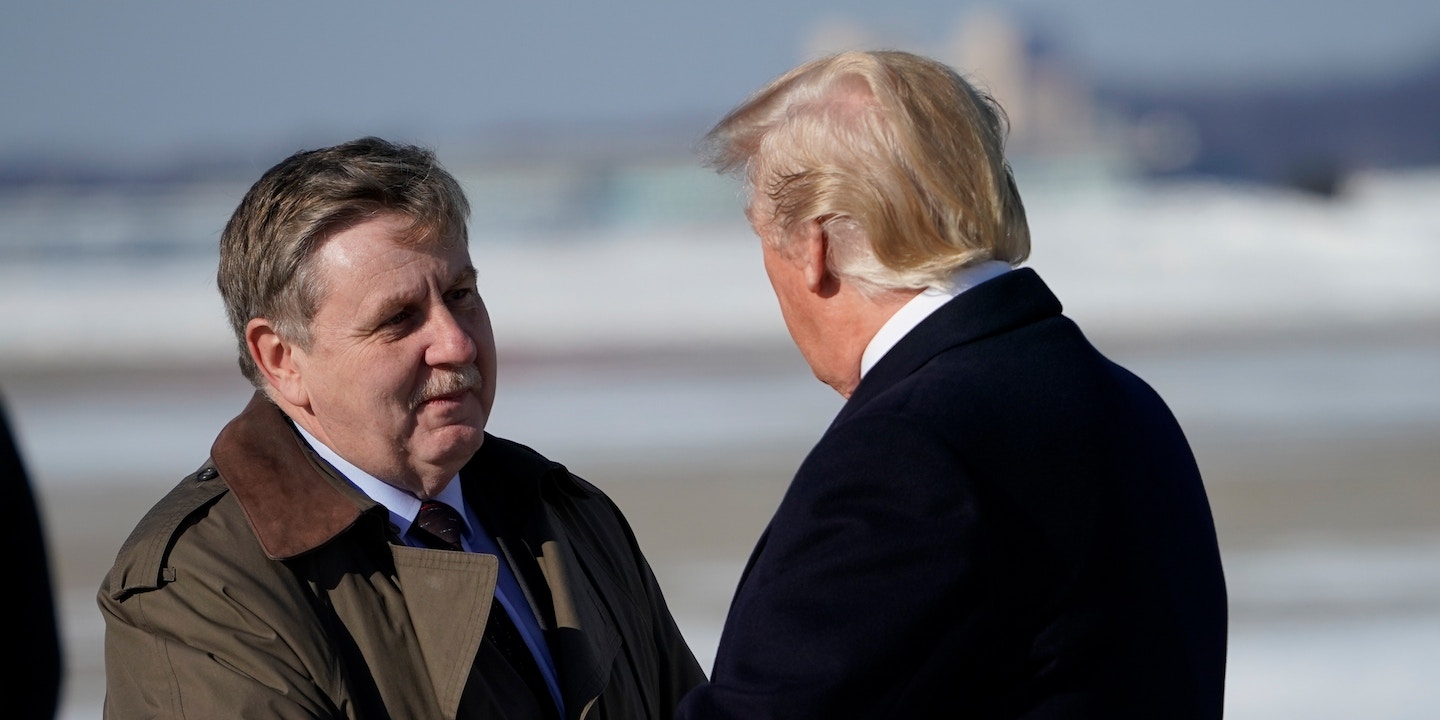 Rick Saccone, the GOP nominee in Pennsylvania’s 18th congressional district, is a former intelligence support consultant for the U.S. Army at the infamous Abu Ghraib prison. He has written extensively in support of interrogation tactics widely condemned by human rights experts as torture.

Over the years, drawing upon his experience in Iraq, Saccone has promoted waterboarding, stress positions, sleep deprivation, as well as threatening prisoners with execution, dogs, and electrocution, as necessary tactics for obtaining information from detainees.

On Thursday, President Donald Trump appeared in North Fayette Township in Pennsylvania to promote Saccone’s candidacy. Despite the district going to Trump by some 20 points in November, the GOP is at risk of losing it to Democrat Conor Lamb.

The election was triggered by the sudden resignation of Rep. Tim Murphy, R-Pa., after revelations last year that the anti-abortion lawmaker had pressured his mistress to seek an abortion.

The Intercept reached out to the Saccone campaign but did not receive a response to multiple requests for comment.

In his book, “The Unseen War in Iraq” and in a series of newspaper columns, Saccone argued for the use of such tactics, claiming that so-called enhanced interrogation methods are both legal and effective means for extracting intelligence. International human rights attorneys reject the former claim, and an extensive investigation by the Senate intelligence committee rejects the latter.

Since “the enemy is not an Army, wears no uniform,” Saccone wrote in his book, the U.N. Convention Against Torture does not apply. Saccone dismisses federal law defining interrogation methods that inflict “severe mental pain and suffering” as torture because “the threshold of pain varies among individuals.” Any methods that do not inflict “long lasting pain that leaves permanent physical damage,” Saccone argues, should be considered.

Saccone told local media in Pittsburgh that he arrived in Abu Ghraib “long after the scandal that brought that wretched place such fame.” But the infamy of the scandal, in which contractors and military officers tortured and raped Iraqi detainees at the U.S.-operated prison, left a deep impression on Saccone.

“Images from Abu Ghraib prison, splashed across newspaper front pages and TV news screens for months on end, did more to damage honest discussion than the acts themselves,” he later argued. “The press refused to mention that in our system those who abused prisoners were punished as opposed to our enemies who encouraged abuse.”

In “The Unseen War,” Saccone spends two chapters discussing anecdotes in which other forms of interrogation human rights experts have criticized as torture should be embraced “when administered in proper measure and with proper skill.”

Saccone has long maintained that the simulated drowning of several suspects, a technique known as waterboarding, does not qualify as torture because it is quick and does not inflict permanent physical injury. The technique, he claims, produced “valuable information in the war on terror” when it was used on suspects such as Abu Zubaydah, who he says divulged much-needed intelligence in only 34 seconds of waterboarding.

The Senate Intelligence Committee, however, found that Zubaydah was waterboarded 83 times in a single month, so brutally in fact that he became “completely unresponsive, with bubbles rising through his open, full mouth.” The Bush administration claimed that Zubaydah was a high-profile member of Al Qaeda and that through brutal interrogation, he had revealed ties between Al Qaeda and Saddam Hussein.

But Rebecca Gordon, the author of “Mainstreaming Torture,” notes that the government later retracted claims that Zubaydah was an Al Qaeda leader and that the supposed intelligence he provided on Saddam has been widely debunked. Torture can indeed prompt a detainee to provide their abusers information, but oftentimes that information is simply false, delivered in hopes of ending the torture.

Gordon also points out that Saccone is simply misinterpreting the U.N. Convention Against Torture, which plainly restricts torture against all people, not only uniformed combatants.

Saccone draws on his own personal experience to argue broadly for expanded use of techniques criticized as torture. The examples from his time in Iraq include telling a suspect that, unless he confesses, he will be turned over to a militia that will execute him. In another, Saccone writes about a hardened suspect that expressed fear when he saw a large German police dog, so Saccone made the suspect believe he would release the dog to attack the suspect unless he provided information. And in another, Saccone discusses using live wires to threaten a detainee with electrocution.

“The threats of electrocution, of attacks by dogs, recommended by Saccone are also clearly illegal under the Convention Against Torture, which prohibits both physical and mental suffering,” says Gordon. “Indeed,” she adds, “torture’s mental suffering may well have the most enduring effects on its victims — as evidenced by a remarkable series of interviews with Guantánamo survivors.”

While Saccone hasn’t made torture a primary part of his political appeal, his congressional campaign website touts his work “identifying, capturing, and interrogating insurgents” in Iraq.

Saccone, who was elected during the tea party wave election of 2010 to a state legislative seat, has played up social issues in his bid for Congress this year. He is known generally in state politics for attempting to make 2012 the “Year of the Bible,” and has long campaigned on the claim that there should be no separation of church and state.

“God has set out a plan for us,” Saccone told a Christian right radio host last year, discussing his plans for federal office. “He wants godly men and women in all aspects of life. He wants people who will rule with the fear of God in them to rule over us.”

Trump’s embrace of Saccone is mutual. “I was Trump before Trump was Trump,” Saccone has boasted. “I ran on that agenda in 2010. It’s the same agenda — it’s the people’s agenda. The president just nationalized it.”