While the dangers of PFOA and PFOS are widely known, very little is known about the other chemicals in their class, PFAS. 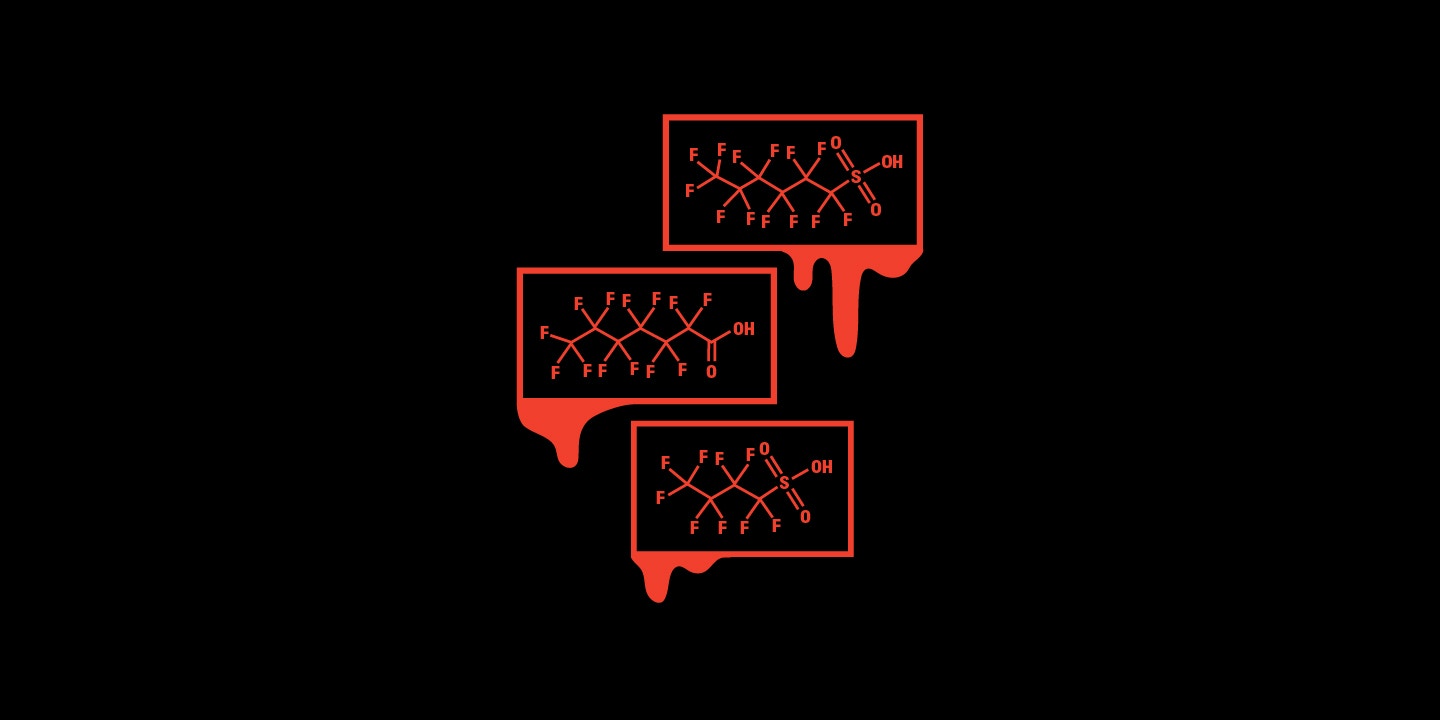 While the dangers of PFOA and PFOS are widely known, very little is known about the other chemicals in their class, PFAS. Here is some of the emerging science on how other per- and polyfluoroalkyl substances affect people.

The revelation that PFOS accumulated in people’s blood led 3M to stop making the chemical in 2001. Disturbingly, 3M, the Minnesota-based company that made both PFOS and the related chemical PFOA, had found that virtually every blood sample it tested contained both of these manmade molecules. By 2006, the Environmental Protection Agency coordinated an industry-wide phase-out of PFOA and PFOS, both of which had been used in firefighting foam and various stain-resistant and nonstick products.

Yet, PFOA and PFOS were not alone. In 2005, 3M tested blood samples from the general population for 15 other PFAS chemicals — and found 14 of them. The company submitted the results of this testing to the EPA in 2005, as the law requires chemical manufacturers to do when they have evidence that their products pose a substantial risk to human health or the environment. Most of the chemicals they had detected were present in every one of 36 samples tested, which were gathered from various parts of the U.S. and Canada.

But unlike the two best-known PFAS chemicals, which have been phased out in this country, many of the others aren’t going away. Several are still in commercial use and some have been offered up as safe alternatives to PFOS and PFOA. The EPA has received additional studies from manufacturers raising health concerns about each of these chemicals, but has yet to set safety limits for any of them.

Though it falls into the “shorter chain” group of the PFAS chemicals, which generally exit the body more quickly, PFHxS stays in humans for more than five years — longer than either PFOS or PFOA, and poses some of the same health threats that those chemicals do. PFHxS, which 3M made until 2002 and is now found in many sites where firefighting foam was used, is more toxic to the liver than PFOS, according to a recent report from the Danish Ministry of the Environment.

Research has linked PFHxS to liver and thyroid disease, prostate cancer and arthritis, as well as immune and reproductive problems in adults. In children, the vast majority of whom have PFHxS in their blood, studies have linked the chemical with adverse birth outcomes, neurobehavioral problems, immune dysfunction, and weight gain.

The mounting data has lead European regulators to identify PFHxS as a “substance of very high concern.” The Stockholm Convention, which oversees an international agreement on toxic chemicals, is investigating whether PFHxS should be banned globally.

When it was promoting a new version of “green” firefighting foam that contained six-carbon PFAS, known as C6, a group representing the fluorochemical industry and foam manufacturers acknowledged that PFHxA was “a possible breakdown product” of the foam. The chemical has since been found in water at AFFF-contaminated sites and in spots at 5,000 times the EPA’s safety level for PFOS and PFOA.

The Firefighting Foam Coalition, an industry lobby, described PFHxA as having “a low hazard profile” and issued assurances that C6 foams are “not considered to be bioaccumulative.” But there is ample evidence that PFHxA does, in fact, enter and stay in people’s bodies. In addition to 3M’s 2005 report, which found PFHxA in a quarter of blood samples, a report DuPont submitted to the EPA in 2009 showed that PFHxA had accumulated in the blood of eight out of nine workers tested at its Chambers Works factory in New Jersey.

Another 3M study showed that the six-carbon molecule was toxic to rats. The research report, which the company submitted to the EPA in 2003 as an adverse incident report, summarized an experiment in which albino rats were given three different doses of PFHxA. Even in the group given lowest dose, all five exposed rats became uncoordinated and lethargic and drooled excessively, according to the study. Two had difficulty breathing and one died during the 14-day experiment.

According to an attorney representing the company, “3M generally believes that these chemicals present no harm to the environment or human health at levels they are typically found in the environment. Certainly, 3M sold its AFFF products with instructions regarding their safe use and disposal.”

3M introduced the four-carbon molecule PFBS in 2003 to replace PFOS in some products, such as Scotchgard. PFBS was billed as safe in part because it clears the human body more quickly than PFOS and PFOA. Yet PFBS was detected in 33 of the 36 blood samples 3M analyzed in 2005.

A 3M spokesperson did not respond to questions about PFBS.

Like some of the other compounds in its class, PFBS affects both the placental cells and neurodevelopment, according to the Danish report, which also noted that, while it cleared the blood more quickly than some related chemicals, PFBS was found to accumulate in other organs. Autopsies of human bodies found elevated levels of PFBS in the lungs. Levels of the chemical were significantly higher in children with asthma compared to those without the disease.

The chemicals that stay in our bodies after we die also enter us before we are born, according to research that has found PFAS in umbilical cord blood, in which their levels appear to affect birth weight and immune response.

“When all these thing were put into the marketplace, no one said, ‘There is one downside: It’s going to contaminate the entire living world, including any babies,’” said Ken Cook, president and co-founder of Environmental Working Group.

While the phasing-out of PFOS and PFOA has resulted in a gradual decrease in blood levels of those chemicals, “We went down the same road again,” said Cook. “With the replacements, the same problem is going to take us through another generation of babies.”