After Gains in Virginia, Democrats’ First Big Move Is a Fat Giveaway to the State’s Energy Monopoly

“As written, the bill is a steaming pile of garbage. You can quote me on that,” Delegate Lee Carter said of Dominion’s legislation. 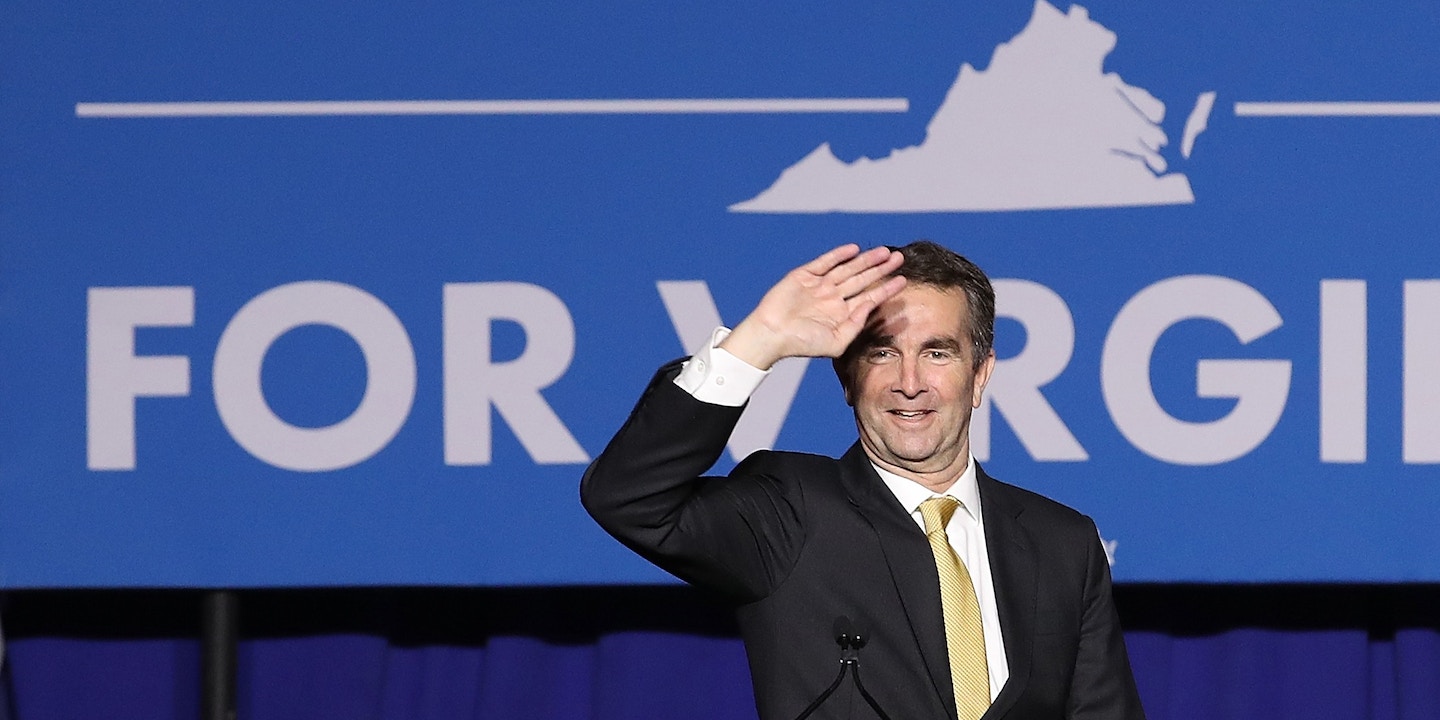 The historic wins in Virginia’s legislative elections last November were supposed to herald a brighter future for progressives in the state. But one of the first major initiatives out of the capitol, which faces a key vote in the House of Delegates tomorrow, could well be a gift to electric utility Dominion Energy, which was partially responsible for getting Democrat Ralph Northam into the governor’s mansion.

HB 1558 and its identical Senate version SB 966 are on the verge of passing both houses of the legislature. The legislation began as an effort to reverse a disastrous 2015 law that froze utility rates at exceedingly high levels, creating between $400 million to $800 million in overcharges just in 2015 and 2016. However, Dominion Energy, which has near-monopoly power in Virginia and substantial sway over its politics due to being the state’s largest corporate donor, was able to shape the bill to its liking.

Instead of rebating all overcharges back to customers, the bill would allow utilities to divert that money to investments in infrastructure, like modernizing the energy grid and increasing renewable power generation. Supporters are effectively dangling the promise of more renewable energy so that utilities can avoid having to use their own funds to build it, winning support from a few environmental groups in the process.

Lee Carter, a democratic socialist elected to the House of Delegates last year, denounced both the legislation itself and the process used to move it through the legislature. “As written, the bill is a steaming pile of garbage. You can quote me on that,” he told The Intercept in a phone interview.

Northam’s office supports the bill, saying it creates capital for needed upgrades and won’t cause wild swings in rates. This isn’t too surprising, as Dominion’s support for Northam in the gubernatorial primary helped push him past Democratic challenger Tom Perriello. The flashpoint in the race was an expansive natural gas pipeline project that Perriello opposed but Northam was at best neutral about. Dominion provided its 76,000 employees in Virginia with multiple communications about Perriello’s pipeline opposition during the primary.

Consumer advocates also allege that the bill’s approach amounts to double-dipping, because utilities could charge customers for any new investments within the base rate structure. Dominion lobbyists denied this, saying that utilities wouldn’t get to increase base rates. However, the State Corporation Commission, which governs utility rates, wrote a letter last week confirming the double-dip.

“The legislation allows the utilities to keep future excess earnings (i.e. customer overpayments) and, rather than return them to customers, use them for capital projects chosen by the utility,” the SCC letter reads. “In addition, the utilities can charge customers for these same projects in base rates.” The state attorney general’s consumer protection office has also expressed concern that there could be a negative effect on ratepayers.

“So to the extent that there’s been independent legal analysis, those two entities are saying the double-dipping is still in there,” said Brennan Gilmore, senior director of Clean Virginia, a coalition attempting to block the bill. Gilmore was chief of staff to Perriello during his gubernatorial campaign. The bill would also enable Dominion to spend as much as $50 billion on projects that would bury power lines underground without SCC oversight at all. “These are convenient ways to open the door to deregulation and overcharging the the customer,” Gilmore said. “We’re concerned about the ability for Dominion to continue its rapacious practices.” Dominion says there would be immediate electric bill rebates, but they would come from the company’s federal tax savings, which the company would have been required to rebate to customers anyway.

In Carter’s view, the rate-setting language that’s favorable to Dominion was inserted in a more comprehensive bill in order to get it through the body. “They’ve taken what should have been probably ten to twelve different bills and combined them all in one,” he said. “Because they knew if the rate setting mechanism was a standalone bill it would never pass. It would never get more than twenty votes in the House.”

Lawmakers expressed confusion but didn’t let the possibility of double-dipping get in the way of passage. The legislation advanced through the House of Delegates’ Labor and Commerce Committee 17-4 last week. House Minority Leader David Toscano told a Dominion lobbyist during the committee debate, “This double count has got me flummoxed.” But he still voted for the bill.

An attempt to strip out the ability for utilities to skip rebates by investing in grid upgrades and renewables failed on the Senate floor 12-27. The bill is up for debate on the House floor Monday and should get a final vote Tuesday.

“Virginian politicians of both parties have allowed Dominion’s lobbyists and executives to systematize political corruption in Richmond,” wrote Michael Bills, a longtime Democratic donor and chair of Clean Virginia, in an op-ed for the Roanoke Times. Bills explained that while Virginia is far behind other states on renewable power generation, state energy bills are among the 10 highest in the nation and jumped 30 percent from 2006 to 2016, a time period that coincides with $11 million in political donations from Dominion to Virginia lawmakers. Under state campaign finance laws, corporations like Dominion can give unlimited sums to politicians, and candidates can use that money for their personal use.

“Dominion Energy is the big power monopoly here in Virginia,” Delegate Carter said. “They have got about two and a half million homes and businesses where their customers don’t have any options but to be their customers. Because they’re a regulated monopoly they have to set the rates according to our regulations. The problem is they’re taking the profits we allow them to make and they’re sending that money to hire an army of lobbyists to come here and try to get that rate-setting mechanism changed to be way more favorable to them. This is going to be a massive transfer of wealth out of the hands of millions of Virginians and into the hands of a couple hundred rich investors who own a lot of stock in Dominion.”

Dominion has pulled out all the stops for the energy bill. Not only has the company activated its supporters in the legislature, but its also ran a large TV ad campaign supporting the legislation, including an ad played locally during the Super Bowl. Most amendments to make the bill more consumer-friendly have been struck down by Dominion’s suite of captured lawmakers.

Democrats nearly shifted the balance of power in the House of Delegates last November, picking up 15 seats. Some of those new freshmen refused Dominion donations during their campaigns. However, “we’re still dealing with significant numbers of people who took Dominion cash,” said Gilmore.

Clean Virginia has proposed an unusual offer, offering thousands of dollars in donations to any state lawmaker who refuses to take money from Dominion. “I am providing the initial funding to help end Dominion’s open-air bribery,” Bills wrote. Clean Virginia has signed up additional donors to fund the project. Lawmakers are prohibited from fundraising while the legislature is in session, so Clean Virginia has not yet sought out any pledges.

Clean Virginia also plans an education campaign, with ads and traditional organizing, to highlight Dominion’s power over the legislature. They have a Facebook ad running today to urge opposition to HB 1558. “You will be robbed on Tuesday,” the ad warns.