As a film studio revitalizes a once-successful super-villain franchise for a new generation of moviegoers, we’re back to Russia occupying center stage.

Every empire needs a scary external threat, led by a singular menacing villain, to justify its massive military expenditures, consolidation of authoritarian powers, and endless wars. For the five decades after the end of World War II, Moscow played this role perfectly. But the fall of Soviet Union meant, at least for a while, that the Kremlin could no longer sustain sufficient fear levels. After some brief, largely unsuccessful auditions for possible replacements — Asian actors like China and a splurging Japan were considered — the post-9/11 era elevated a cast of Muslim understudies to the starring role: Al Qaeda and Osama bin Laden, ISIS and Abu Bakr al-Baghdadi, and “jihadism” generally kept fear alive.

The lack of any 9/11-type catastrophic attack on U.S. (or any Western) soil for the past 17 years, along with the killing of a pitifully aged, ailing bin Laden and the erosion of ISIS, has severely compromised their ongoing viability as major bad guys. So now — just as a film studio revitalizes a once-successful super-villain franchise for a new generation of moviegoers — we’re back to the Russians occupying center stage.

That Barack Obama spent eight years (including up through his final year-end news conference) mocking the notion that Russia posed a serious threat to the U.S. given their size and capabilities, and that he even tried repeatedly to accommodate and partner with Russian President Vladimir Putin, is of no concern: In the internet age, “2016” is regarded as ancient history, drowned out by an endless array of new threats pinned by a united media on the Russkie Plague. Moreover, human nature craves a belief in an existential foreign threat because it confers a sense of purpose and cause, strengthens tribal unity and identity, permits scapegoating, shifts blame for maladies from internal to external causes, and (like religion) offers a simplifying theory for understanding a complex world.

One of the prime accusations sustaining this script is that the Kremlin is drowning the West in “fake news” and other forms of propaganda. One can debate its impact and magnitude, but disinformation campaigns are something the U.S., Russia, and countless other nations have done to one another for centuries, and there is convincing evidence that Russia does this sort of thing now. But evidence of one threat does not mean that all claimed threats are real, nor does it mean that that tactic is exclusively wielded by one side.

Over the past year, there have been numerous claims made by Western intelligence agencies, mindlessly accepted as true in the Western press, that have turned out to be baseless, if not deliberate scams. Just today, it was revealed that Dutch Foreign Minister Halbe Zijlstra lied when he claimed he was at a meeting with Putin, in which the Russian president “said he considered Belarus, Ukraine and the Baltic states as part of a ‘Greater Russia.'” 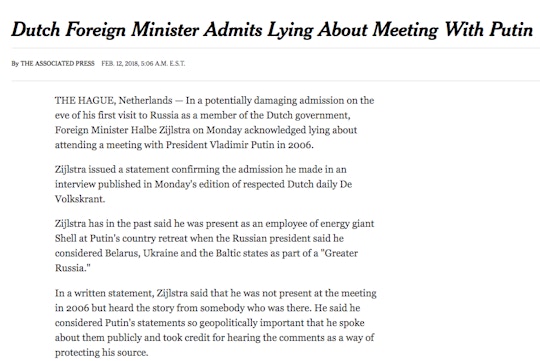 “Fake news” is certainly something to worry about when it emanates from foreign adversaries, but it is at least as concerning and threatening, if not more so, when emanating from one’s own governments and media. And there are countless, highly significant examples beyond today’s of such propaganda that emanates from within. 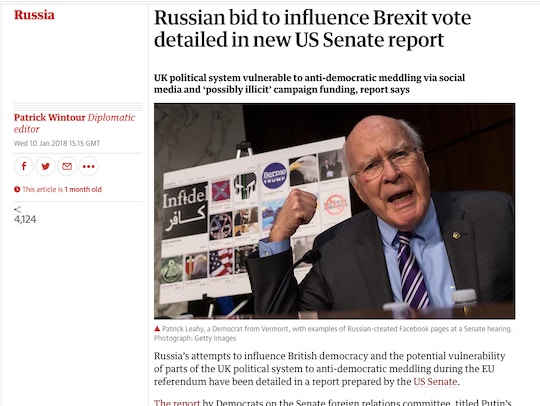 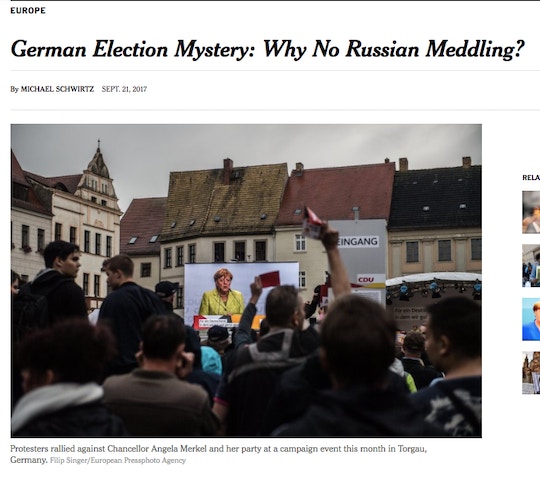 And this is all independent of all those cases when the U.S. media was forced to retract, or issue humiliating editor’s notes, about stories regarding the “Russian threat” that turned out to be false. Even in those cases in which some evidence can be found suggesting that some “Russians” were engaged online in support for a particular cause, the size and impact of it is usually so minute as to be laughable. In response to months of demands and threats to Twitter from the U.K. government to investigate how its service was used by Russians to support the Brexit referendum, Twitter — to satisfy mounting complaints — finally came up with this: 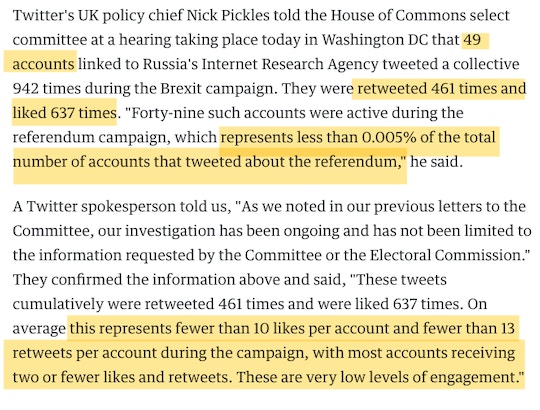 For the six decades of the miserable Cold War, those Americans who tried to argue that the Russian threat was being exaggerated for nefarious ends and who advocated for better relations between Washington and Moscow were branded as “traitors,” Kremlin apologists, or at best, “useful idiots.” The revitalization of Russia as prime villain has also given new life to those old right-wing tactics, though this time wielded by the same people who were once its targets: 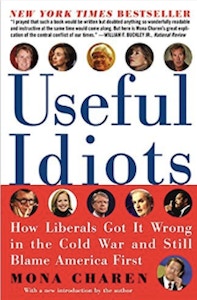 But the reason this matters so much — this coordinated devotion to once again depicting Russia as a grave threat — is because of the serious, enduring policy implications. New Democratic Party star Joseph Kennedy III is following in the footsteps of his Cold Warrior ancestors by proposing massive new military, propaganda, and cybersecurity programs to combat the Russian threat. Senators such as Democrat Jeanne Shaheen and Republican John McCain routinely refer to “acts of war” when discussing U.S.-Russia relations. British generals and tabloids are hyping the Russian threat beyond all measure of reason in their quest to obtain new weapons systems and increased military spending at the expense of austerity-battered British subjects. 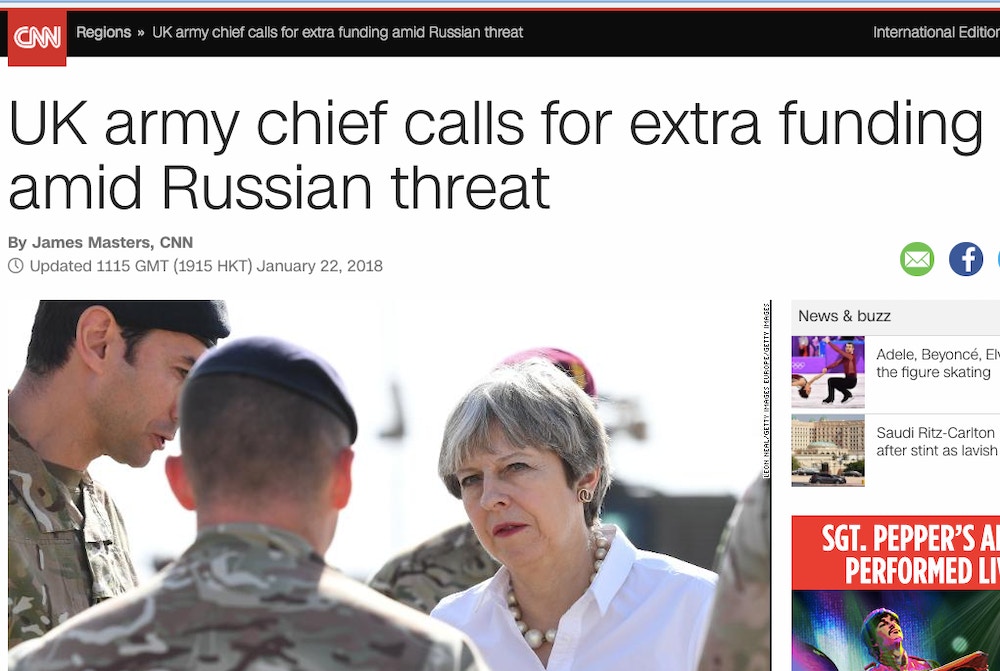 If there’s any lesson that should unite everyone in the West, it’s that the greatest skepticism is required when it comes to government and media claims about the nature of foreign threats. If we’re going to rejuvenate a Cold War, or submit to greater military spending and government powers in the name of stopping alleged Russian aggression, we should at least ensure that the information on which those campaigns succeed are grounded in fact. Even a casual review of the propaganda spewing forth from Western power centers over the last year leaves little doubt that the exact opposite is happening.