If millions of Muslims joined the NRA and owned guns, might Republicans rethink their unqualified support of the Second Amendment? 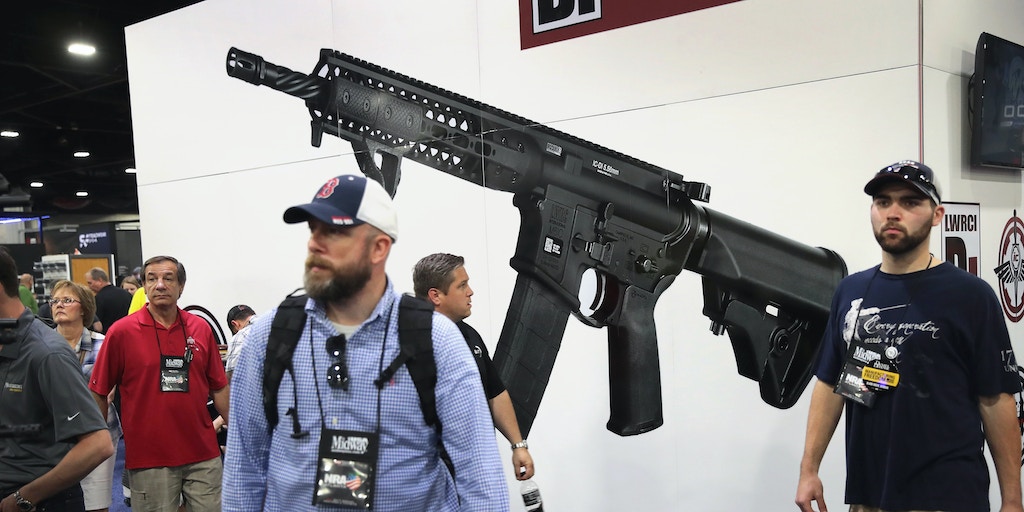 Another week, another mass shooting. This time in Parkland, Florida. The location? A high school. The death toll? Seventeen.

Yet three little letters make gun control nearly impossible in the United States: NRA. So how do you stop a group that’s been dubbed the “the baddest force in politics” and “arguably the most powerful lobbying organization” in the country, and whose former president, the late Charlton Heston, once famously declared that the only way the federal government could succeed in taking firearms away from National Rifle Association members would be to pry them from their “cold, dead hands?”

Well, I may have an outside-the-box solution that would not require any loss of life: Why don’t all of America’s Muslims just join the NRA? Yep, all of them. Every. Single. One. Of. Them.

Think about it. There are anywhere between 3 million and 7 million Muslims in the United States. There are only around 5 million members of the NRA. A mass membership drive by Muslim-Americans could effectively give them control of the organization.

It would also petrify conservatives the length and breadth of the United States. Within days, Republican House Speaker Paul Ryan would be lining up his GOP congressional colleagues to back emergency legislative measures, such as universal background checks and longer waiting times on gun purchases. Some right-wing pundits might even start questioning the hallowed Second Amendment itself. President Donald Trump, meanwhile, would probably start tweeting out attacks on the “losers” at the NRA for cozying up to “radical Islam.”

After all, had the shooters in Parkland or Las Vegas been Muslim, does anyone really dispute that those massacres would have been instantly labelled acts of “terrorism?” Or that the president would have demanded a more wide-ranging travel ban and maybe even internment camps, too? As even Tom Friedman argued in the New York Times, after the Las Vegas massacre: “If only [shooter] Stephen Paddock had been a Muslim. … If only we had a picture of him posing with a Quran in one hand and his semiautomatic rifle in another. … Then there would be immediate calls for a commission of inquiry to see what new laws we need to put in place to make sure this doesn’t happen again.”

Now, some on the right might try and argue that the organization would welcome millions of new Muslim-American members because the NRA is dedicated to promoting gun rights and defending gun owners, regardless of race or religion.

Don’t make me laugh. Remember Philando Castile? The black motorist in Minnesota who was shot and killed by a police officer after being pulled over in July 2016? Despite being a licensed concealed carrier of a gun, the NRA was conspicuously silent in the wake of his death. (One NRA spokesperson even tried to blame Castile for bringing the shooting on himself.)

Remember also how a group of Black Panthers taking to the steps of the California Legislature with revolvers and shotguns in May 1967 prompted then-Republican Gov. Ronald Reagan to sign the Mulford Act, banning the open carry of loaded weapons, with the full support of the NRA?

If Republicans aren’t keen on black Americans having guns, how do you think they’d feel about Muslim-Americans having them? Three out of four NRA members are Republicans and, according to polling by Pew, a clear majority of Republicans believe there is support for extremism among Muslims living in the United States. Nearly nine out of 10 Republicans, in fact, say they are concerned about extremism in the name of Islam in the U.S.

To be clear: These are folks who are already suspicious of, and hostile toward, their unarmed and peaceful Muslim neighbors. Imagine how shocked they’d be at the prospect of legally armed Muslims living next door to them. With NRA membership cards and concealed-carry permits to boot. Oh, the horror!

Think of how they’d react to the potential PR campaigns: glossy photos of hijab-clad women wielding AR-15 assault rifles at their local gun range; billboard ads claiming that “the only way to stop a bad guy with a gun is … a good Muslim with a gun”; viral hashtags such as #muslimsforNRA or #Allahlovesguns.

Conservatives would lose their minds. They’d be torn between their supposedly principled allegiance to the Second Amendment and their fear and loathing of Muslims. That’s why a mass membership drive by Muslim-Americans would simultaneously undermine the NRA, the Second Amendment, and America’s toxic gun culture. As an added bonus, it would also put an end to the lazy “Why can’t Muslims integrate?” debate, once and for all. I mean, haven’t handguns become as American as apple pie? So shouldn’t patriotic Muslim-Americans own them, too? Lots of them?

Mainstream Muslim-Americans joining the NRA might also help moderate the NRA. Right now, there’s actually a great deal in common between gun-owning fanatics and Muslim extremists — both are ultraconservative reactionaries; both are overwhelmingly male; both are enamored with violence; both are obsessed with a literalist reading of holy scripture. (How else would you describe the NRA’s treatment of the Second Amendment?) So-called moderate Muslims, though, have a long record of standing up to extremists within their own communities; they’d do an excellent job of standing up to extremists within the gun-owning community as well.

So if your name is Muhammad or Ali or Omar, go strike a patriotic blow for gun control. Go sign up with the NRA. Here’s the membership form.