With election security worries, paper ballots may be a quick and simple solution. 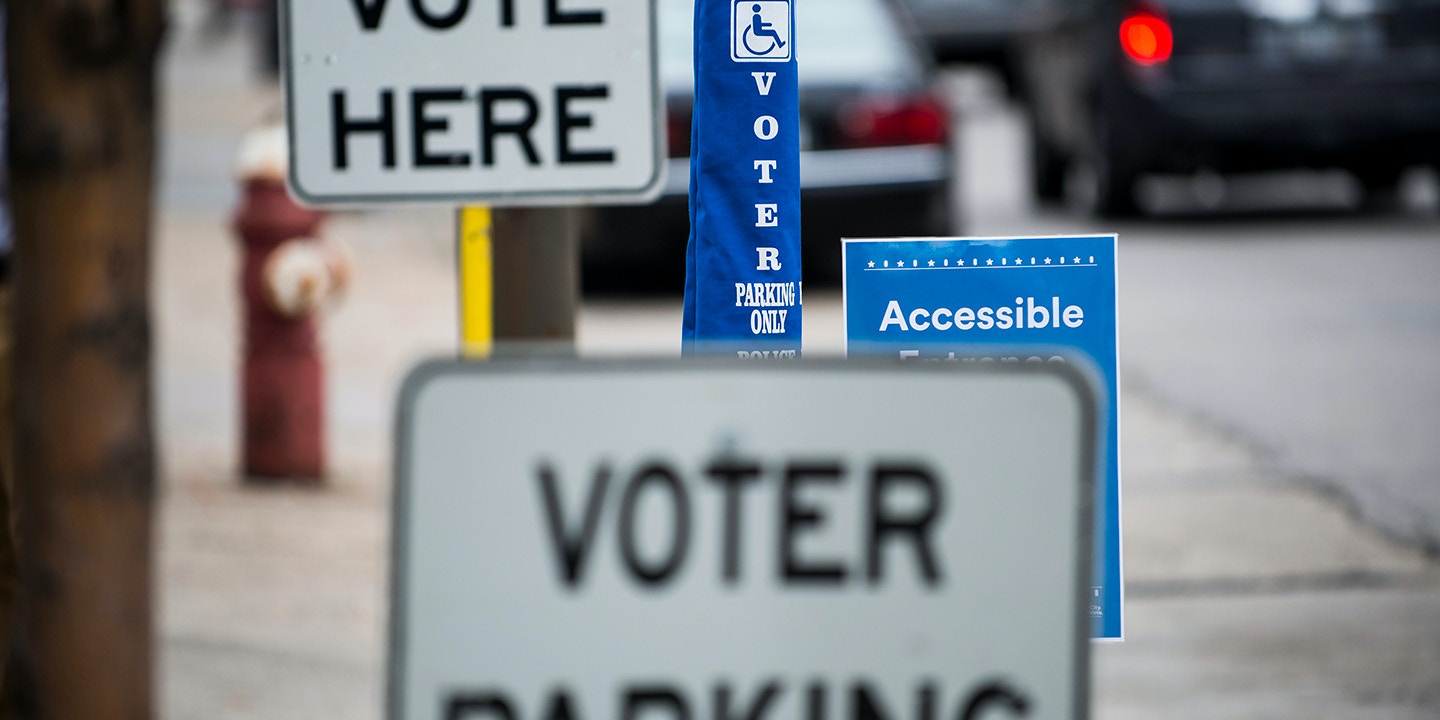 The nation’s secretaries of state gathered for a multiday National Association of Secretaries of State conference in Washington, D.C., this weekend, with cybersecurity on the mind.

Panels and lectures centered around the integrity of America’s election process, with the federal probe into alleged Russian government attempts to penetrate voting systems a frequent topic of discussion.

Cybersecurity experts from the federal government and military were in high supply. Every secretary of state was invited to a closed-door briefing at the Department of Homeland Security, while federal experts spoke to a wider audience at the conference.

Brig. Gen. Timothy T. Lunderman, a cybersecurity expert at the National Guard, ran a session laying out to the assembled officials the resources available to them in the event of a cyberattack or intrusion on their systems. “If you take something away from today’s message, it is that we are a team,” he said.

One way to allay concerns about the integrity of electronic voting machine infrastructure, however, is to simply not use it. Over the past year, a number of states are moving back toward the use of paper ballots or at least requiring a paper trail of votes cast.

For instance, Pennsylvania just moved to require all voting systems to keep a paper record of votes cast. Prior to last year’s elections in Virginia, the commonwealth’s board of elections voted to decertify paperless voting machines — voters statewide instead voted the old-fashioned way, with paper ballots.

“It works. I understand. At least if we’re having to spend some time on it, we’re the only ones in control, perhaps is the idea. Nobody else hacking on in I guess is their theory, so hopefully it’s safe,” voter Ken Rafferty told the local press on voting day.

Oregon Secretary of State Dennis Richardson proudly touted his state’s system to The Intercept during an interview at the NASS conference.

Oregon is one of two states in the country to require its residents to vote by mail, a system that was established via referendum in 1998. Richardson argued that this old-fashioned system offers some of the best defense there is against cyber interference.

“We’re using paper and we’re never involved with the internet. The internet is not involved at all until there’s an announcement by each of our 36 counties to [the capital] Salem of what the results are, and then that’s done orally and through a confirmation email, and the county clerks in each of the counties are very careful to ensure that the numbers that actually are posted are the ones that they have,” he said. “Oregon’s in a pretty unique situation.”

Democratic Rep. Jim Cooper of Tennessee recently urged his state to use $29 million in federal funds from the Help America Vote Act to reinforce the state’s paperless machines with a paper trail. “We have an opportunity to improve our election system so that it cannot be hacked, so the voters have complete faith in the integrity in the system, so that democracy works well here in Tennessee,” he said, explaining his request for the funds.

Richardson agrees with the logic that a system that doesn’t rely on electronic voting machines is more secure.

In New Hampshire, the state uses a hybrid system that includes both paper ballots and machines that electronically count paper ballots with a paper trail.

Karen Ladd, the assistant secretary of state for New Hampshire, touted the merits of the system to The Intercept. “We do a lot of recounts, and you can only have a recount with a paper ballot. You can’t do a recount with a machine!” she said.

America’s paper ballot states may seem antiquated to some, but our neighbors to the north have used paper ballots for federal elections for their entire history. Thanks to an army of officials at 25,000 election stations, the integrity of Canada’s elections is never in doubt. “It’s highly decentralized and it’s paper-based so documents can be verified easily afterwards,” Marc Mayrand, former chief electoral officer of Elections Canada, told the National Post. “So, there may be an error in transmission from time to time or there may be somebody trying to hack the web system that publishes results for the general public. But it’s always verifiable, you can always go back to your paper trail.”

Correction: Feb. 18, 2018, 1:00 p.m.
An earlier version of this story incorrectly identified Oregon’s secretary of state as Lucien Heath. It has since been updated with the name of Oregon’s current secretary of state, Dennis Richardson.

Top photo: Signage at an early voting center on Sept. 23, 2016, in Minneapolis, Minnesota.