They were met with stares and security guards.

“How different. Exotic,” commented one women as she watched a group of almost 50 people — mostly young and black, many wearing bright fabrics with African designs — stroll through the Shopping Leblon mall. They came this Monday to participate in a rolezinho pretoi, roughly translated to “black stroll,” and watch the film “Black Panther” in Rio de Janeiro’s most exclusive shopping center, a place where black Brazilians are commonly employed, but are rarely seen as customers. Amid suspicious looks and a VIP escort of security guards, I accompanied the group that went to see the film.

Much of the hype around “Black Panther” focuses on black professionals occupying positions in Hollywood that are usually dominated by whites, from heroic lead to producer to director. As tribute to that fact, the organizers of the rolezinho preto, the Black Collective (Coletivo Preto) and the Grupo Emú, chose the whitest and most elitist spaces in one of Rio’s toniest neighborhoods to stage a group viewing of the movie. The event also protested the lack of black professionals in Brazil’s entertainment industry. A survey by the National Cinema Agency, or ANCINE, revealed that only 7 percent of professionals in the field are black in a nation where majority of citizens have African ancestry.

Rolezinhos are not new to Brazil. They began as a way for fans to meet internet celebrities in 2012 and evolved into a form of protest in São Paulo in 2013 and 2014, quickly spreading to other cities. Organizers would start an event on Facebook and call for everyone to meet at a certain mall at a certain time. Young, mostly dark-skinned residents of the city’s poor and working-class neighborhoods on the urban periphery would take a sometimes one- or two- hour train or bus ride to shopping centers in the bougiest enclaves and just go for a walkabout. In some cases, thousands showed up, much to the horror of Brazil’s white elite, whose ever-present racial and class-based fears were palpable. Malls, including Shopping Leblon, closed down in anticipation of these protests. Others were broken up with tear gas and rubber bullets.

Across Latin America, the wealthy, hyper-segregated segments societies flock to shopping malls for respite from the crime, grit, and disorder that they either benefit from or directly perpetuate. These sparkling sanctuaries of consumerism have become quasi-religious shrines to Brazilian racial and class divides. Many Brazilians claim that the society is not racist, but reactions to the rolezinhos, the attempt to impede young, dark-skinned boys and men from enjoying Rio de Janeiro’s beaches in wealthy neighborhoods back in 2015, and other daily offenses are evidence of how that claim rings hollow.

As one unidentified person, interviewed by EFE Brasil in 2014 during the thwarted rolezinho outside of Shopping Leblon, put it:

I think that the rolezinhos reveal how racist the Brazilian society and elite actually are. They reveal a fear that is unjustifiable. They reveal that as long as Brazilian racism is able to ‘keep everyone in their places’ there is no problem. The problem is, since the ’90s, thanks to the efforts of the black movement, blacks have begun to enter into spaces that they hadn’t previously occupied.

Four years after the peak of rolezinhos, the “Black Panther” gatherings have rekindled this legacy. In São Paulo, a group sold out a movie theater by gathering 275 people for a screening. A quick events search on Facebook will yield several other events scheduled for this week.

“This Is How White People Feel All the Time”

The Marvel film is considered a cultural milestone owing to the fact that its writers, producers, director, and the overwhelming majority of its cast are black. Beyond that, “Black Panther” pushes beyond the stereotypes of both the black hero and Africa that we usually encounter on the movie screen.

The film premiered worldwide on February 15 and has grossed $462.3 million in its first five days. At the rolezinho and online, the film’s profitability and the effusively positive response to it in the black community has provoked debates about whether this is truly progress in the fight for racial equality or merely the adaptation of capitalism to new market demands. Even if the cast and crew are mostly black, the industry is still mostly controlled by whites, and they are the ones that stand to profit most from the film’s success.

However, many of those in attendance felt this dynamic does not overwhelm the symbolic conquest of the film. “The great message of this film is that we have to write, we have to produce, we have to unite and do it together,” explained Licínio Januário, one of the organizers of the Leblon rolezinho.

That reaction is one felt both in the United States and Brazil. One video circulating on Facebook shows a black American man’s reaction to seeing the film’s promotional poster on display: “This is how white people feel the whole time,” he says. “If this is what y’all feel like all the time, I would love this country, too.”

Ygor Marinho, a 28-year-old resident of Rio de Janeiro, was similarly moved when he watched the film on Monday. “A movie with 90 percent black actors fills me with pride,” Marinho said. “It makes me want to win. It makes me want to fight. It makes me like myself more, like my own skin tone, like my kind of hair, like the shape of my nose, like the shape of my lips, like myself more. Because you start to see people who are like you and you see how they carry themselves — empowered, happy with themselves — and you start to like yourself better. And you see there’s nothing wrong with you — that, really, black is beautiful, black is capable, black is incredible, and blackness needs to be respected.” 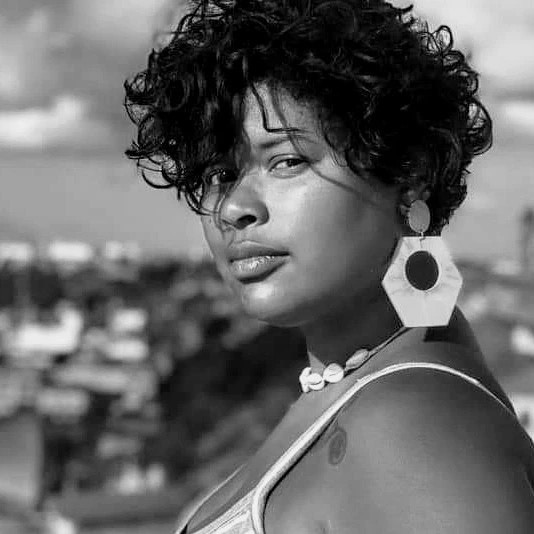