“Tomorrow the headline will be protesters disturb the Trump — one person, folks. Doesn’t deserve a mention,” Trump said after his speech was interrupted. 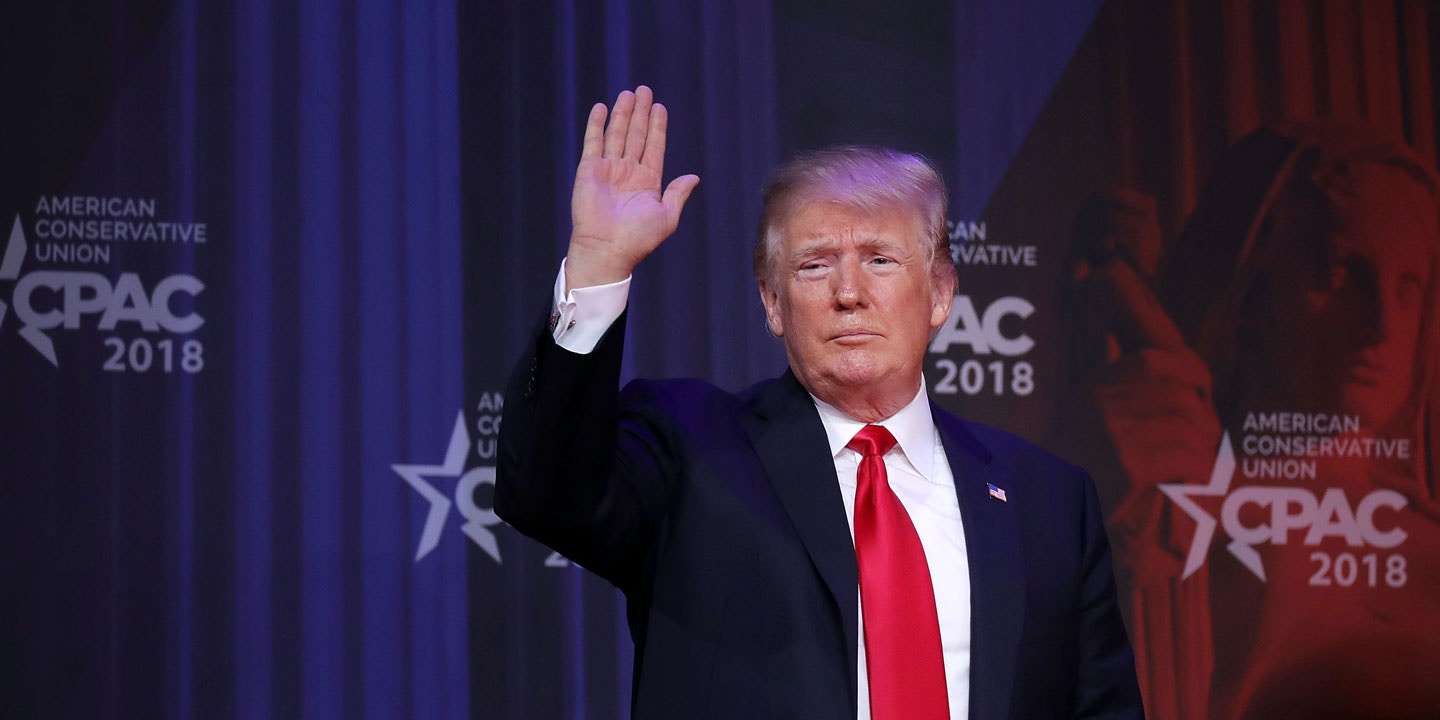 President Donald Trump on Friday offered a nugget of advice to reporters after a progressive activist briefly interrupted his address to the Conservative Political Action Conference: Don’t give the disruption a mention or headline.

Trump was talking about tax reform when a protester, Ryan Clayton of the group Americans Take Action, began jeering at him. The audience promptly drowned Clayton out with boos and “USA” chants. “Traitor! He’s a traitor! Shame on conservatives! Shame on you,” Clayton yelled as he was escorted out of the speech.

As the disruption subsided, Trump jokingly asked how Clayton got into the hall and, in usual form, criticized the “fake news” media. “For the media, the fake news back there, they took very good care of them, they were very gentle, he was very obnoxious,” he said. “Tomorrow the headline will be ‘Protesters disturb the Trump’ — one person, folks. Doesn’t deserve a mention. Doesn’t deserve a headline.”

Clayton isn’t new to direct-action tactics. He tricked right-wing activists into waving Russian flags while Trump spoke during last year’s CPAC and was escorted out by Capitol police in October, for throwing a handful of Russian flags at Trump and Senate Majority Leader Mitch McConnell.

“Trump in the Oval Office is a clear and present danger to the American republic,” Clayton told The Intercept. “He conspired with agents of the Russian government to steal an American election. When will conservatives here grow a conscience, stand up to the Trump regime, and reject Russia’s attempts to undermine democracy in America? Have conservatives completely lost all sense of shame?”