The Koch brothers have won victory after victory in their bid to reshape American government to their interests. 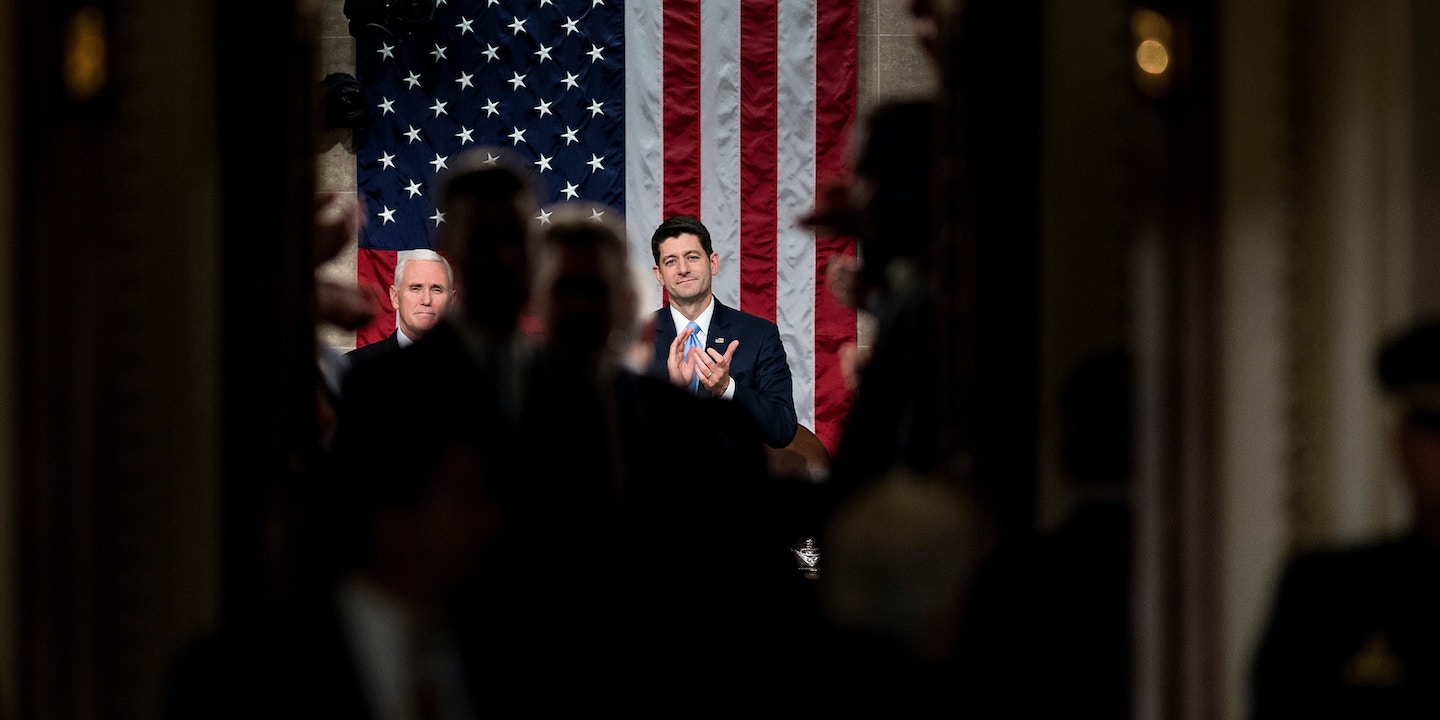 In the backdrop of a chaotic first year of Donald Trump’s presidency, the conservative Koch brothers have won victory after victory in their bid to reshape American government to their interests.

Documents obtained by The Intercept and Documented show that the network of wealthy donors led by billionaire industrialists Charles and David Koch have taken credit for a laundry list of policy achievements extracted from the Trump administration and their allies in Congress.

The donors have pumped campaign contributions not only to GOP lawmakers, but also to an array of third-party organizations that have pressured officials to act swiftly to roll back limits on pollution, approve new pipeline projects, and extend the largest set of upper-income tax breaks in generations.

“This year, thanks in part to research and outreach efforts across institutions, we have seen progress on many regulatory priorities this Network has championed for years,” the memo notes. The document highlights environmental issues that the Koch brothers have long worked to undo, such as the EPA Clean Power Plan, which is currently under the process of being formally repealed, and Trump’s withdrawal from the Paris Climate Agreement, among their major accomplishments. The memo also highlighted administration efforts to walk back planned rules to strengthen the estate tax in a list of 13 regulatory decisions favored by the network.

The network’s political operation includes a polling and research outfit, Capitol Hill lobbyists, several hundred field staff, groups designed to air campaign ads, and an assortment of grassroots groups set up to appeal to certain constituencies. The LIBRE Initiative is a network group geared toward selling Koch policy ideas to Latino communities. Generation Opportunity works to reach out to millennials and college students; Veterans For America for veterans and military-minded voters.

To win support for the Republican tax legislation, the Koch network claims that it organized over 100 rallies in 36 states, contacted over 1.8 million activists, and knocked on over 33,000 doors. The group also spent freely on digital and television advertisements, with $1.6 million in TV spots to support the legislation in Wisconsin alone.

As The Intercept previously reported, the Koch network told its surrogates to downplay concern over the deficit, a major issue they raised during the Obama administration, in order to convince lawmakers to support the package.

Days after the tax bill passed, Charles Koch and his wife donated $500,000 to Speaker Paul Ryan’s joint fundraising leadership PAC, which has a heightened threshold for donations.

Despite some public antagonism over Trump — including flirtations with replacing him as the nominee with Ryan at the Republican National Convention —  the Koch brothers have enjoyed incredible access with his administration. The president’s lawyer, Don McGahn; the president’s chief liaison to Congress, Marc Short; and the president’s counselor, Kellyanne Conway all previously worked for the Koch network before taking their current positions in the White House. Ethics forms reveal that officials across the government, including at the Environmental Protection Agency and the Department of Energy, previously served at Koch think tanks or other Koch groups. Vice President Mike Pence also maintains a very close relationship with the Koch brothers.

The Koch brothers are also hoping to fundamentally reshape other aspects of American society, including labor unions and the judiciary.

The memo details efforts to weaken the power of labor unions, including a broad attack on private sector labor unions in states controlled by Republicans in 2017. Meanwhile, the memo notes that the Trump administration has shelved a number of Obama-era rules that were viewed as too friendly to workers and labor unions, including the Overtime Rule and the Joint Employer Rule. The latter would have reduced the barriers for workers at franchise businesses, like fast food outlets, to form a union.

“Labor reform is not an overnight process; advancing major federal labor reform requires a long-term strategy,” it adds. To that point, the Koch network plans to press forward with the Employee Rights Act, legislation to extend right-to-work laws nationally and set up new barriers for labor activists hoping to form new unions.

The memo notes that they believe Justice Anthony Kennedy will soon retire, and the effort to replace him will be “far more contentious” than the effort to confirm Justice Neil Gorsuch.

“If President Trump nominates a principled, constructionist nominee for Justice Kennedy’s seat or any other vacant seat, we anticipate engaging with both grassroots and under-the-dome tactics, bringing paid and earned media and events to support the confirmation.” The memo notes that the network sponsored pressure effort on Sens. Joe Manchin, D-W.V., Heidi Heitkamp, D-N.D.; and Joe Donnelly, D-Ind., all of whom eventually voted to confirm Gorsuch.

In Indian Wells, California, last month, the network held a retreat with 700 donors. Several journalists were invited to attend as long as they promised not to name the donors present.

Operatives from the network also led sessions to explain how to move forward into the midterm elections. The Koch brothers intend to spend $400 million to preserve the Republican majority in Congress and maintain GOP power at the state level.

In recent days, Koch network groups have purchased ads targeting Democratic lawmakers in key elections across the country. This week, a new ad began airing in Missouri criticizing Democratic Sen. Claire McCaskill, who is up for re-election this year.

“We’ve made more progress in the last five years than I had in the last 50,” Charles Koch reportedly said. “The capabilities we have now can take us to a whole new level.”

Top photo: U.S. Vice President Mike Pence , left, and Speaker of the House Paul Ryan, R-Wisc., wait as guests arrive for the State of the Union address on Capitol Hill, on January 30, 2018, in Washington, D.C.