Jared Kushner’s firm made a direct pitch to Qatar’s minister of finance in April 2017 in an attempt to secure investment in a critically distressed asset. 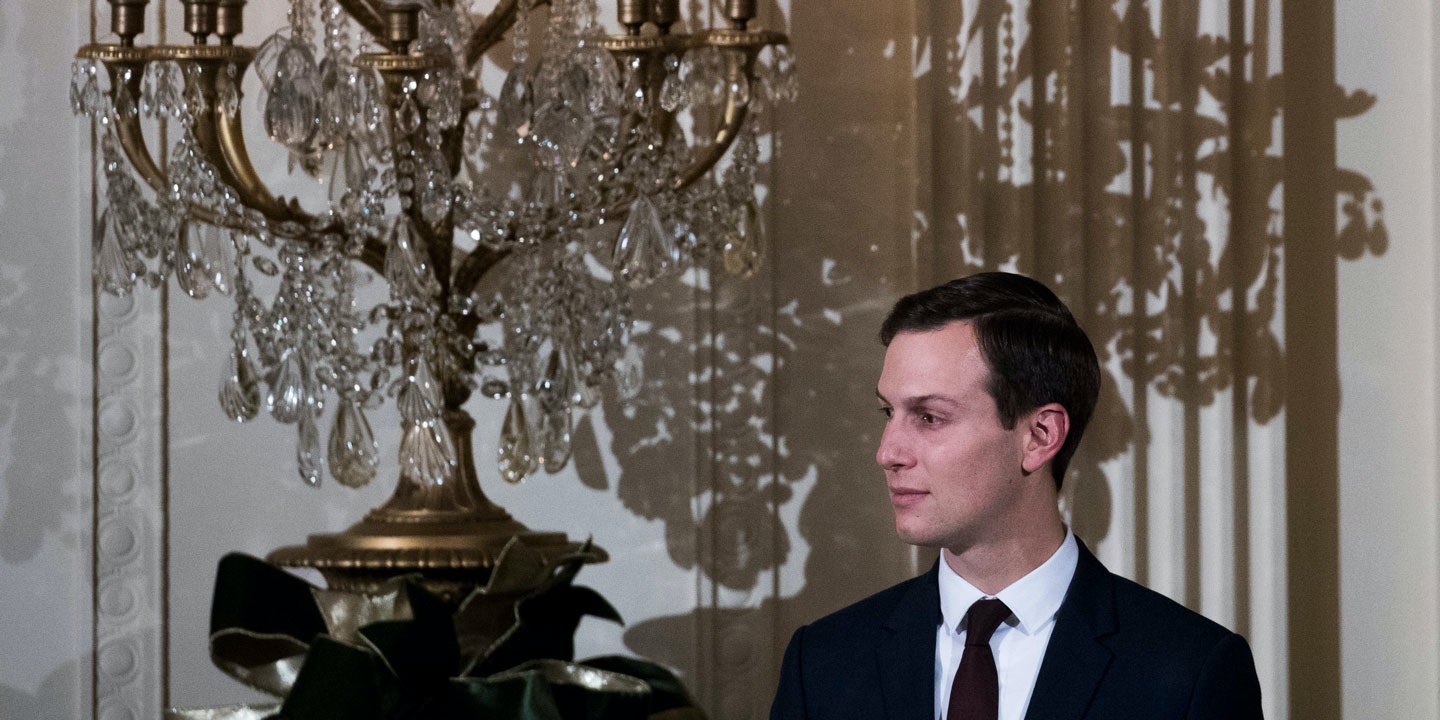 The real estate firm tied to the family of presidential son-in-law and top White House adviser Jared Kushner made a direct pitch to Qatar’s minister of finance in April 2017 in an attempt to secure investment in a critically distressed asset in the company’s portfolio, according to two sources. At the previously unreported meeting, Jared Kushner’s father Charles, who runs Kushner Companies, and Qatari Finance Minister Ali Sharif Al Emadi discussed financing for the Kushners’ signature 666 Fifth Avenue property in New York City.

The 30-minute meeting, according to two sources in the financial industry who asked not to be named because of the sensitivity of the potential transaction, included aides to both parties, and was held at a suite at the St. Regis Hotel in New York.

A real estate firm tied to Jared Kushner made a direct pitch to Qatar’s minister of finance in April 2017 in an attempt to secure investment for 666 Fifth Avenue.

A follow-up meeting was held the next day in a glass-walled conference room at the Kushner property itself, though Al Emadi did not attend the second gathering in person.

The failure to broker the deal would be followed only a month later by a Middle Eastern diplomatic row in which Jared Kushner provided critical support to Qatar’s neighbors. Led by Saudi Arabia and the United Arab Emirates, a group of Middle Eastern countries, with Kushner’s backing, led a diplomatic assault that culminated in a blockade of Qatar. Kushner, according to reports at the time, subsequently undermined efforts by Secretary of State Rex Tillerson to bring an end to the standoff.

On Friday afternoon, NBC News reported that in late January and early February, Qatari government officials visiting the U.S. “considered turning over to Mueller what they believe is evidence of efforts by their country’s Persian Gulf neighbors in coordination with Kushner to hurt their country.”

The Gulf crisis involving Qatar and its neighbors will likely be Kushner’s defining foreign policy legacy. The crisis followed a May visit to Riyadh, Saudi Arabia, by Kushner and President Donald Trump, who subsequently took credit for Saudi Arabia and its allies’ efforts against Qatar. The fallout has reshaped geopolitical alliances in the region, splitting the Gulf Cooperation Council and pushing Qatar, home to the Middle East’s largest U.S. military base, closer to Turkey and Iran.

Mohammed Hitme, chief of staff to the Qatari finance minister, did not respond to emails or phone calls seeking comment. White House Spokesperson Hope Hicks referred questions to Kushner Companies, whose spokesperson Christine Taylor said, “We don’t comment on who Charlie meets with.” She added, “We don’t do business with any sovereign funds.”

The Kushner Companies meetings with the Qataris were held the week of April 24. While Al Emadi was in New York, he appeared on Bloomberg TV to talk about the strategy of the Qatar Investment Authority, or QIA, the nation’s sovereign wealth fund. A host asked Al Emadi about whether the investment fund did business on the basis of geopolitics. Al Emadi answered the only way he could. “I think if you look at what we do in QIA, or in our sovereign wealth fund, it’s purely commercially driven. So we go where we think we’re going to have value,” he said. “We like what we see here. We performed very well in the last two years. The market has been very good to us. And hopefully we can continue the same strategy in the U.S.”

This was not the first time Charles Kushner solicited funds from the Qataris.

This was not the first time Charles Kushner solicited funds from the Qataris, but it is the first direct pitch known to be made to the minister of finance himself. Notably, the play came after Trump’s election. The Intercept first reported last summer that Charles Kushner had also propositioned Sheikh Hamad bin Jassim al Thani, a prominent businessman who previously served as the country’s foreign minister and prime minister. The deal proffered by HBJ, as he is known, was worth $500 million but ultimately fell through when Kushner Companies failed to secure other outside capital. That 2017 effort followed previous entreaties made in the region by Jared Kushner himself.

The news of Kushner Companies’ direct pitch to the Qatari government puts a Wednesday report from the Washington Post into broader context. U.S. intelligence services, the paper reported, had determined that officials in four countries — the United Arab Emirates, China, Israel, and Mexico — had been privately discussing how to use Jared Kushner’s real-estate investments as a way to gain leverage over him in order to influence official U.S. policy.

Kushner has divested from a small portion of Kushner Companies, but has retained substantial ownership. A balloon payment due in 2018 on the badly underwater property at 666 Fifth Avenue has been a ticking clock on the fortunes of the Kushner family, precipitating the global hunt for capital. The Washington Post reported earlier this year that the father-son pair, Jared and Charles Kushner, speak on a daily basis.

The New York Times reported last month that just prior to Jared Kushner’s visit to Israel and Saudi Arabia in May 2017, his family real estate company “received a roughly $30 million investment from Menora Mivtachim,” described as one of Israel’s largest financial institutions.

This story was updated to include a subsequent NBC News story that advanced the reporting.