Before Pushing Tariffs, Wilbur Ross Had a Messy History With the U.S. Steel Industry

The commerce secretary made a fortune selling U.S. steel companies to a foreign entity and evaded responsibility for environmental cleanup. 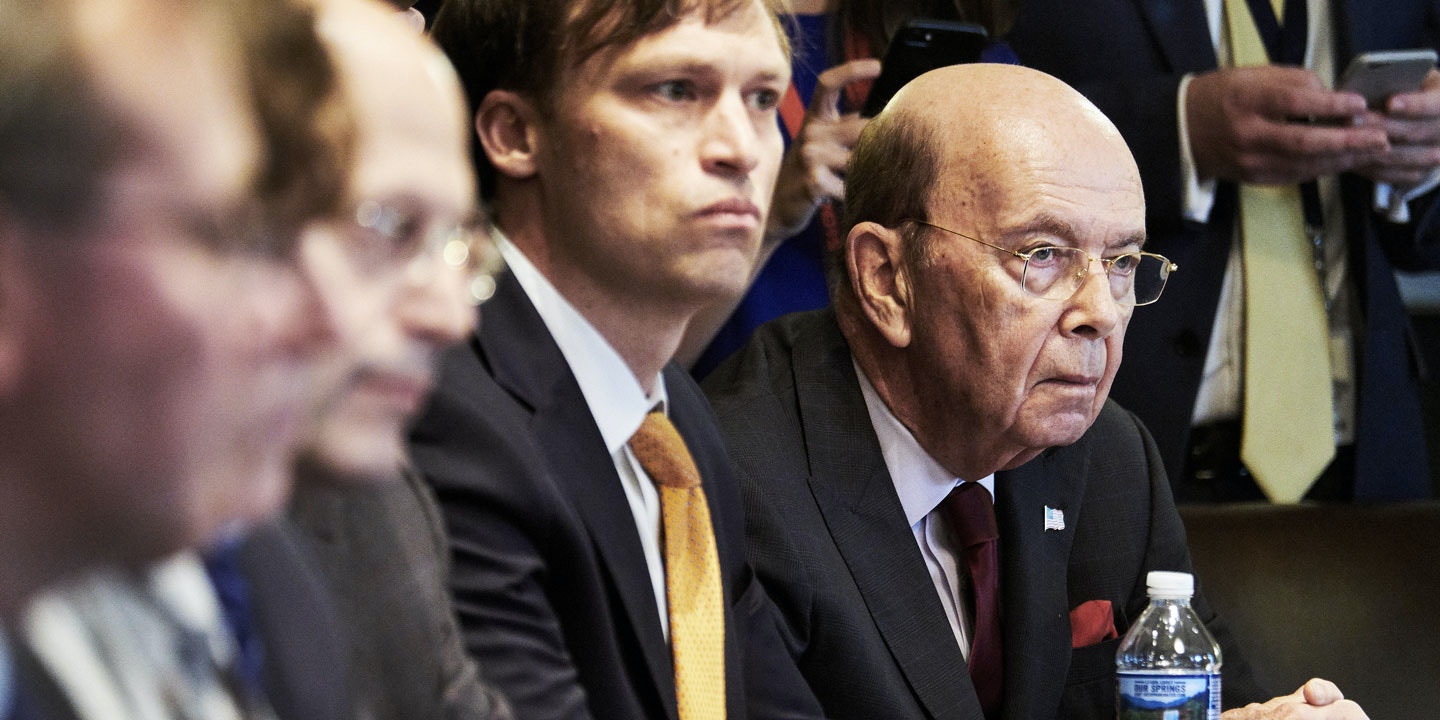 Among the people behind President Donald Trump’s plan to impose steep tariffs on steel was Commerce Secretary Wilbur Ross. On February 16, Ross released a Commerce Department report finding that the amount of steel imported to the United States threatens “to impair the national security.”

The problem, according to the report, is that while steel is necessary for our defense and infrastructure, the U.S. doesn’t produce enough of it. In recent years, foreign countries have developed a much greater steel production capacity than the U.S. “On an average month, China produces nearly as much steel as the U.S. does in a year,” a press release accompanying the report explained.

What’s not mentioned in the report is that Ross, whose net worth is estimated at around $700 million, made a good chunk of that fortune selling U.S. steel companies to a foreign entity. In 2002, Ross and his investing partners began buying up steel companies that were either in or near bankruptcy, including LTV Corp., Weirton, and Bethlehem Steel. They consolidated them into the International Steel Group and, in 2004, sold that company to the Indian steel magnate Lakshmi Mittal, making some $2 billion in cash on the deal.

Mittal, who lives in the U.K., also profited handsomely. After he bought ISG, his Rotterdam-based company became the largest steel producer in the world and Forbes deemed Mittal himself, who had just thrown his daughter a $60 million wedding, the third richest person in the world.

In an email, a Commerce Department spokesperson wrote that foreign investment “in no way undermines” the report’s assessment that steel imports are a threat to national security or the determination that action is needed to curtail them.

At the time of the ISG sale, the Washington Post noted that Ross was able to make a stunning 12-fold gain on his initial investment in part by not paying steel workers’ pensions and retiree health care costs. But there was another way that Ross maximized his profits: by not putting up millions of dollars to ensure that the environmental messes associated with the plants he bought would be cleaned up.

Several state and federal environmental laws require owners of industrial properties to place bonds to cover the estimated future costs of cleaning the sites. The government had requested $162 million from Bethlehem Steel to clean nine Superfund sites associated with the company, according to a 2007 report by the Center for Public Integrity, but the bankrupt steel company wound up negotiating a deal that was worth “$9,000 at the end of the bankruptcy process, or three-tenths of a cent on the dollar.”

The agreement ISG made with Bethlehem Steel in 2003, which was approved by a U.S. bankruptcy court, minimized the company’s responsibility for pollution that had happened before the sale.

Many companies have used bankruptcy filings to evade financial responsibility for pollution. But, while one judge approved the limitation of ISG’s environmental responsibility, another lamented it. “An agreement between private parties to restrict liability for violation of federal and state environmental laws may well be contrary to public policy,” as U.S. District Judge J. Frederick Motz wrote in a 2011 ruling about cleanup of one of the former Bethlehem Steel mills.

A 2005 Environmental Protection Agency inspector general’s report explained that, while such attempts to dodge cleanup costs may be difficult to litigate, some of these arrangements violate federal law. The report urged the EPA to work harder to ensure that companies put down enough money to cover cleanup costs that can arise even after plants close. That didn’t happen in the ISG case.

The bankruptcy court let ISG off the hook, allowing the company to assume the steel assets without paying to clean up all of the pollution left at the sites — and leaving some at the EPA frustrated. “ISG and its subsidiary should have posted those bonds,” said a former EPA staffer familiar with the case who has decades of experience working on cleanups involving businesses that sought to avoid responsibility for contamination. The former staffer estimated the amount ISG should have given the government for environmental costs at “easily hundreds of millions of dollars.”

According to the Commerce Department spokesperson, “The respective bankruptcy courts determined how the environmental aspects of those companies would be treated. ISG made purchases of certain assets in each case and assumed all liabilities that were required by the respective courts.” 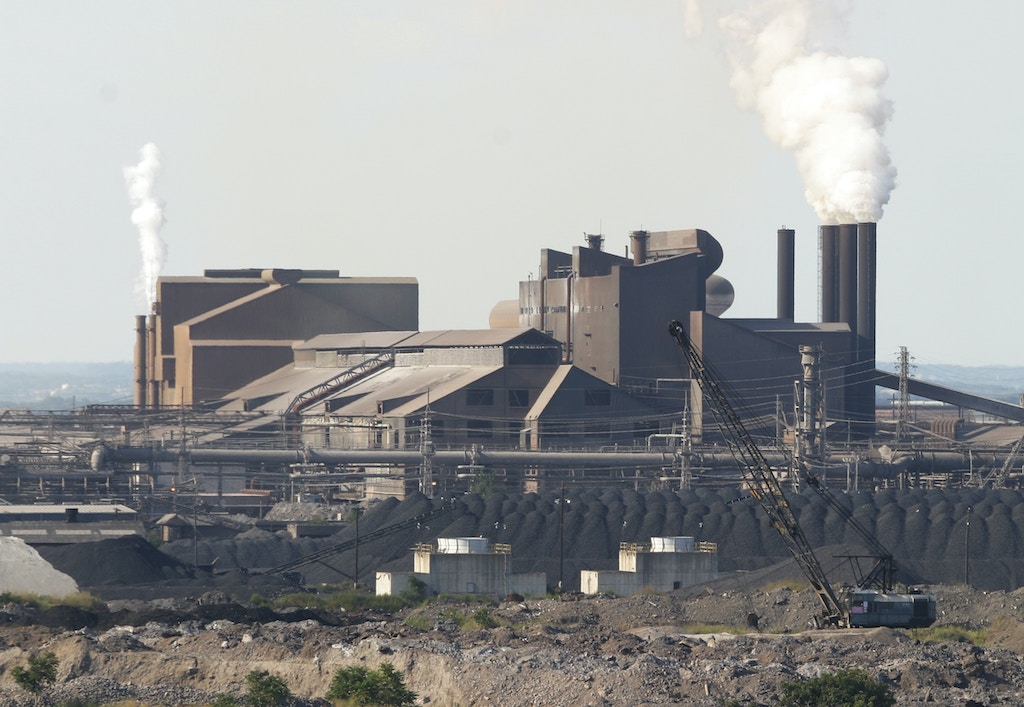 The Sparrows Point mill on the Patapsco River near Baltimore on Aug. 18, 2006.

Without that money to pay for cleanups, some of the contamination from the sites that made Ross a fortune has remained in the soil and water. The Sparrows Point steel mill in Maryland, for instance, one of 52 plants ISG purchased from Bethlehem Steel in 2003, is still in environmental limbo 15 years later.

In its day, Sparrows Point was the largest steel mill in the world, famous for providing steel used to build the Golden Gate and George Washington bridges. But the plant, which Bethlehem owned for more than 80 years, has a darker legacy: It produced large quantities of carcinogens and toxic metals, including arsenic, lead, and mercury, which have seeped from the facility into local waterways. Bear Creek and the Patapsco River are particularly affected, according to a lawsuit the Chesapeake Bay Foundation and Baltimore Harbor Waterkeeper filed in 2010.

The old mill continues to present an ongoing environmental hazard. Tom Zolper, assistant director of media relations for the Chesapeake Bay Foundation, explained that recent testing found high levels of pollution in the sediment. Usually, the sandy soil at the bottom of rivers and creeks would be crawling with life, Zolper said. But when scientists examined the sediment from the waterways near Sparrows Point, “All those tiny creatures at the bottom of the food chain were dead.”

Zolper predicted the problem was unlikely to be resolved anytime soon. “It has stretched on for years and will probably stretch on for more years to come,” he said.

ArcelorMittal, a Luxembourg-based successor to Mittal Steel, which was named in the suit, did not return calls for comment, but Mittal Steel told the Center for Public Integrity in 2007 that it was in the process of cleaning up the Bethlehem Steel plants.

But, like Ross’s ISG, Mittal only owned the steel mill for a few years. In 2008, the company sold Sparrows Point to Russia’s largest steel company, Severstal, which is run by Alexei Mordashov, whom Bloomberg recently declared Russia’s richest man. He, too, held the steel plant only briefly, selling it in 2011 to an American company, the Renco Group, whose founder and chair is billionaire Ira Rennert.

Yet none of companies have spent the money to fully clean up the mess associated with the old steel mill that boosted their fortunes.

Meanwhile, Trump has taken Ross’s warning about foreign steel companies to heart. His plan to impose a 25 percent tariff on steel will impact all foreign countries — and could, many fear, spark a trade war. The news dispelled earlier reports that the president had lost faith in Ross and was frustrated by the 80-year-old commerce secretary’s tendency to fall asleep in meetings.

Top photo: Commerce Secretary Wilbur Ross, right, listens during a meeting with President Donald Trump and steel and aluminum executives in the Cabinet Room of the White House in Washington, D.C., on March 1, 2018.