Ronen Bergman’s history of Israel’s assassination program exposes a policy that blurs distinctions between soldiers and assassins, politicians, and killers. 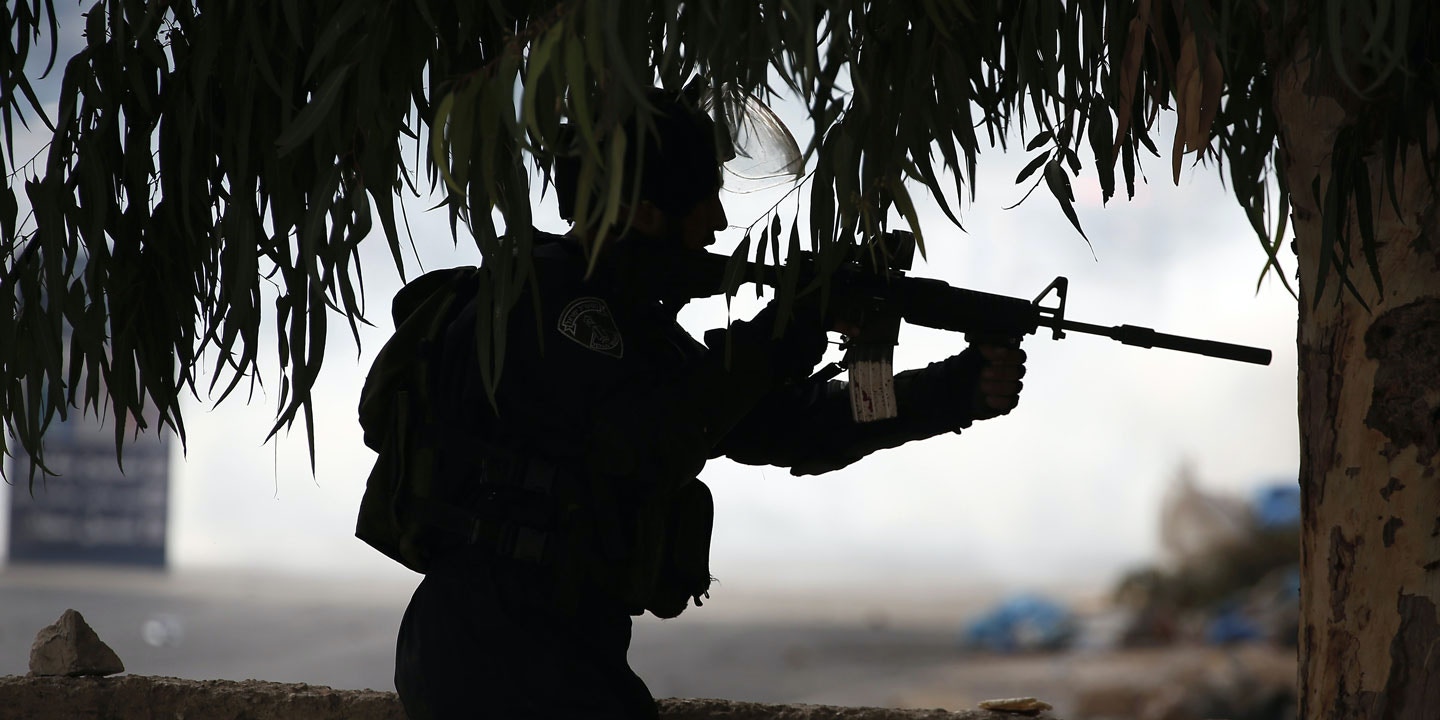 In the mid-1960s, television comedy writer Sol Weinstein produced a series of satirical novels about agent Israel Bond of M 33 and 1/3, a barely disguised Mossad. “Loxfinger,” “Matzohball,” “On the Secret Service of His Majesty the Queen,” and “You Only Live Until You Die” were the Borscht Belt’s answer to the goyish macho chic of Ian Fleming’s novels that were then blasting their way onto the silver screen. The exploits of Agent Oy-Oy-7 were very funny.

“Not only was an Oy-Oy holder licensed to kill,” Weinstein wrote in 1965’s “Loxfinger,” “he was also empowered to hold a memorial service over the victim.” Rather than “shaken not stirred,” Bond the Schlemiel demanded egg creams “Seventh Avenue and 28th Street style … no ice shavings in the eight ounce Corning Ware glasses.” He lit filter-tip Raleighs with his ever-ready “Nippo, a genuine Japanese copy of a Zippo.” The first three installments appeared in 1965 and 1966. The fourth, “You Only Live Until You Die,” came out one year after the Six-Day War of 1967 and ended the series. The Jewish secret agent was no longer a joke. Cover of “Rise and Kill First” by Ronen Bergman.

As Ronen Bergman makes clear in his penetrating exposé of Israel’s mostly secret assassination program, “Rise and Kill First: The Secret History of Israel’s Targeted Assassinations,” the agents who Israel sent out to murder its enemies were never very funny. Israel is a rarity among nations: Rather than confine its assassins to the shadows, it promotes them to prime minister. Bergman’s history records extra-judicial, face-to-face murders by Menachem Begin, Yitzak Shamir, Ariel Sharon, and Ehud Barak, all of whom rose to head the Israeli government. This meticulously researched book, written over seven and a half years, exposes a state apparatus that blurs distinctions between intelligence-gathering and operations, soldiers and assassins, politicians and killers, yet claims more triumphs than defeats.

Bergman, an Israeli former lawyer and investigative journalist, charts not only the details of assassinations over the past century, but also the corrupting effect of relying on the black to the exclusion of diplomacy and compromise. Why negotiate with your enemies when it’s so easy to kill them? 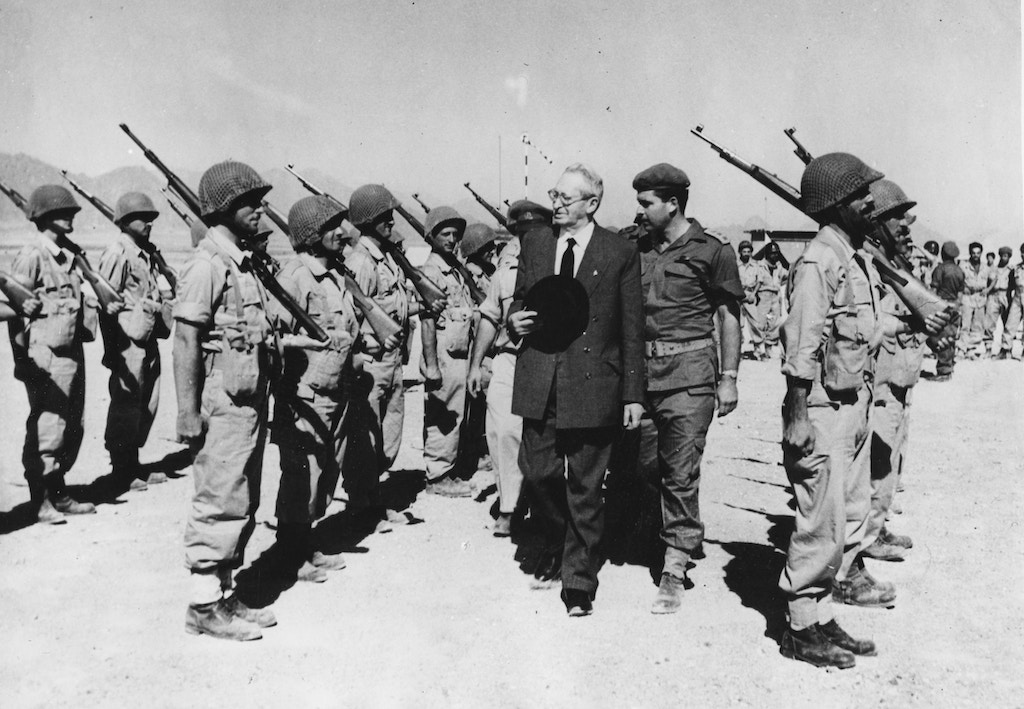 From the first decades of European Zionist colonization in Ottoman Palestine, some settlers imitated the methods of the Czarist police state, the anti-Semitism of which they had fled by marking enemies for elimination. Bergman picks up the story from the founding in 1907 by Yitzhak Ben Zvi of Bar Giora, named for Simon Bar Giora, leader of an ill-fated rebellion against Rome in the 1st century A.D. This became Hashomer, Guard, then the Haganah, then the Israeli Defense Forces, or IDF. Among Bar Giora’s first victims was Araf al-Arsen, an Arab police officer who Ben Zvi regarded as hostile to the settlers, in 1909. The killings did not cease after the British occupied Palestine with the intention of creating, in the famous words of the Balfour Declaration “a national home for the Jewish people.” Ben Zvi ordered the assassination in 1924 of a religious Jewish leader, Jacob de Haan, known for his opposition to Zionism. The hit man was Avraham Tehomi who broke with Palestine’s most popular Jewish leader, David Ben-Gurion, to found the Irgun Zvai Leumi (National Military Organization) in 1931. Ben-Gurion at that time opposed assassinations, a view that altered when he came to power in the new state. Meanwhile, factions of the Zionist underground assassinated British and Arab officials and civilians alike.

Bergman relates in detail the many operations undertaken by the nascent state that foiled an Egyptian rocket program, broke the backs of Palestinian commandos operating from Gaza, penetrated Syrian intelligence, and bugged the flat in Germany where young Palestinian activists planned raids into Israel. It is an astonishing story, full of derring-do, but Bergman does not neglect the war crimes committed along the way. Ariel Sharon’s massacre of at least 99 people on the West Bank village of Qibya in 1953 was only one of many that made a mockery of Tohar HaNeshek, purity of arms, that Israel claimed for its armed forces. Moreover, the concentration of resources on assassinations, Bergman writes, led Israel to miss the signs that Egypt and Syria were planning a war in October 1973 to reclaim territories they had lost in 1967.

On the evening of April 9, 1973, Israel launched “one of the biggest targeted killing operations of the twentieth century, if not the biggest” to kill three Palestinian officials in Beirut. Sixty-five operatives, led by Ehud Barak dressed as a woman, paddled ashore in 19 rubber dinghies, supported by 3,000 communications, logistics, and intelligence personnel in Israel, and broke into the flats of the three Palestinians. One of them, Kamal Nasser, was a spokesperson, not a combatant. The wife of another, Yusuf al-Najar, died beside him in their bed. Although I was in Beirut that night, I did not learn of the raid until the next morning when angry Palestinians demonstrated in the streets. Rumors circulated that the Lebanese state had collaborated with the Israelis, which it had not. The country became polarized over the Palestinian issue. Bergman does not write of the raid’s effect on Lebanon, which saw combat between the PLO and the Lebanese Army in May, prefigured the civil war that followed in 1975, and would draw Israel into invading Lebanon in 1978 and 1982.

Because the book concentrates on Israeli actions and their corrupting effects within the Israeli polity, it sometimes misses their consequences in the countries where they took place. Employing Jewish citizens of Syria, Egypt, and Iraq as spies, for example, created the misimpression that their communities were fifth columns. Bombing and invading Lebanon in the 1970s and 1980s, with assassination an essential element of the campaign, produced out of the hitherto pacific Lebanese Shiite community an organization called Hezbollah that became the most effective guerrilla force Israel had ever faced. 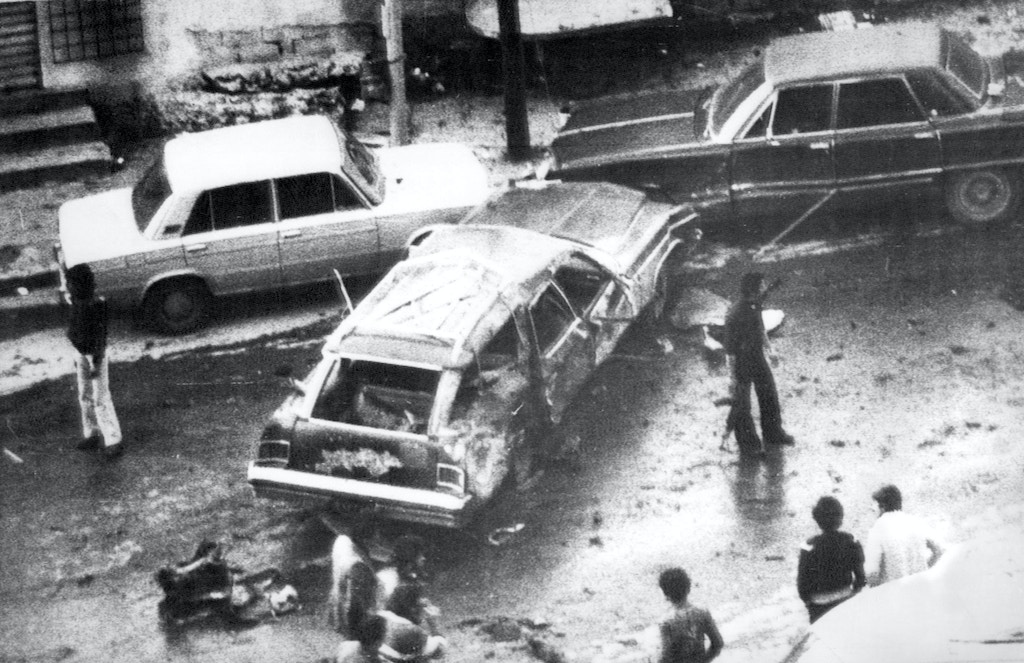 This book covers the botched operations, like the murder of Moroccan waiter Ahmed Bouchiki who Israeli agents mistook for Palestinian intelligence chief Abu Hassan Salameh. It also admits that part of the drive to kill Salameh, which was ultimately successful in Beirut in 1979, was to break his relationship with the CIA that Israel feared would lead to political recognition of the PLO. Killing was a tool not only to spare Israeli lives, but to also affect international policy.

Excellent as this work is, it is not without unexplained lacunae, the inclusion of which would in no way contradict Bergman’s thesis. One is the role of a British Army officer and devout Christian Zionist, Orde Wingate. During the Arab Revolt of 1936-1939 against British rule and Zionist colonization, Wingate trained young Jewish fighters of his Special Night Squads, including Moshe Dayan, in the art of assassinating and terrorizing Arab villagers. His activities merit a brief footnote in “Rise and Kill First,” although the Israeli State acknowledged its debt by naming its Wingate Institute Centre for Physical Education and Sport in 1957 in honor of “the Friend.” Another missing element is the Lavon Affair of 1954, when Israel paid Egyptian Jewish agents to bomb American cultural centers to undermine relations between the U.S. and the new regime of Gamal Abdel Nasser. It backfired when the Egyptians caught the agents, and Israeli Defense Minister Pinhas Lavon was forced to resign amid international condemnation.

Bergman writes, “Since World War II, Israel has assassinated more people than any other country in the Western world.” The figures he cites — 1,000 killed before the Palestinian Second Intifada, 168 successful “liquidations” during that intifada, and 800 “targeted killings” since then — do not approach the record of the United States. In Vietnam alone, America’s Operation Speedy Express and Phoenix Program in Vietnam took the lives of more than 30,000 Viet Cong supporters. U.S.-led death squads in Latin America killed uncounted thousands. Since 9/11, the U.S. has adopted assassination of suspected enemies as a legitimate policy tool, however doubtful its legality. William Blum’s “Killing Hope: U.S. Military and CIA Interventions since World War II” cites more than 50 CIA attempts on the lives of foreign politicians. The CIA tried and failed to kill Zhou Enlai in 1954, Iraqi Gen. Abdel Karim Kassem in 1959, and Fidel Castro, repeatedly. Overshadowing those failures were the agency’s successful participation in the murder of Congolese leader Patrice Lumumba in 1961, Vietnam’s Diem brothers in 1963, and Salvador Allende in Chile in 1973. Only in 1976 did President Gerald Ford sign Executive Order 11905 that no longer allowed government employees to “engage in, or conspire to engage in, political assassination.” That went out the window in 2001, along with many other protections, as a result of Al Qaeda’s 9/11 mass murders.

At this time, the U.S., Israel, Russia, North Korea, and many other members of the community of nations continue to murder their opponents without having to account for it. The world is back to the divine right of kings to decide who shall live and who shall die. Bergman has performed the valuable service of denying us the right to pretend — as so many Germans did in 1945 — that we didn’t know.

Top photo: Israeli security forces keep position during clashes with Palestinian protestors near the Jewish settlement of Beit El, just north of the West Bank city of Ramallah, on October 12, 2015.