The volunteers who put Jones in office ask him to “listen to our plea. … Deregulation of big banks shouldn’t even be on your radar.” 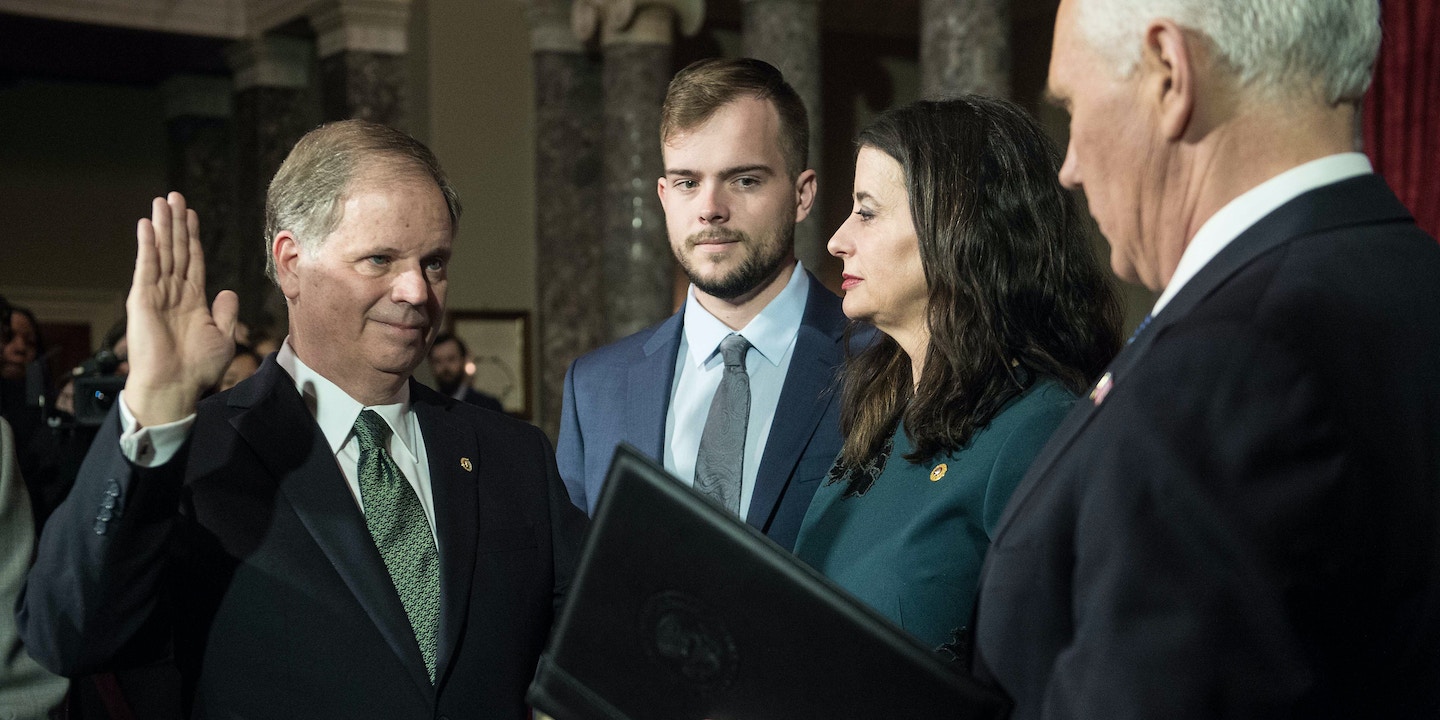 The Senate is on the verge of passing banking deregulation legislation that leading consumer protection groups and financial experts warn could make another financial crisis more likely.

One of the supporters of this bill is Alabama’s freshman Democratic Sen. Doug Jones. Jones eked out a surprising win in deep-red Alabama in last year’s special election, thanks to the help of thousands of Democratic volunteers.

Now, many of those who worked their butts off to elect him are openly petitioning him to withdraw his support from the deregulation bill.

The University of Alabama-Huntsville College Democrats organized an open letter to Jones reminding him that the “government spent our taxpayer dollars to bail out the very banks [whose] risky, unregulated practices caused the crisis. We must not embark on a path that could potentially cause the next Great Recession and as a consequence, a next big bank bailout with our taxpayer dollars.”

The letter praises the senator’s willingness to meet with and listen to constituents and respectfully requests that he oppose the deregulation legislation:

You have shown in the past that you are willing to listen to your constituents. That’s admirable and certainly is a rare virtue in politicians today. Listen to our plea in this letter. … Deregulation of big banks shouldn’t even be on your radar.

The letter is backed by a range of Alabama Democratic Party organizations, including the Madison County Democrats, High School Democrats of Alabama, and Indivisible 5th District North Alabama.

The letter was co-authored by Dakota Layton, who is the president of the University of Alabama-Huntsville College Democrats. He told The Intercept that he agrees with “99 percent” of Jones’s voting record, but he draws the line at the banking bill.

He explained that when the legislation was first introduced, the College Democrats chapter supported it. “It originally started as something to relieve community banks and we initially wanted to support that effort,” he conceded. “But as time went on they kept adding things to the bill and it ended up being a giveaway to big banks.”

He and letter co-author Jacob Morrison, the organization’s executive director, read about how the bill would weaken supervision of some large banks in outlets like Vox and The Intercept. The more they learned, the more they turned against the bill, until they eventually decided in early March that they should organize a letter to petition the senator to oppose it.

Making these demands to Jones wasn’t easy for the pair. They had both worked very hard to elect him to the Senate. “I knocked on 300 doors, made probably about 500 phone calls,” Morrison noted. “We just don’t see how the how this deregulation bill lines up with the values of the Democratic Party.”

Layton even hosted Jones at a rally on the eve of the election, encouraging people across party lines to be open to the senator’s message.

“Our hope is that Sen. Jones will remove his name from the list of co-sponsors and convince his other Democratic colleagues to do the same in order to block the bill from passing,” Layton concluded.