Minnesota state lawmakers are trying to ban cities from enacting ranked-choice voting, a system under which third-party and independent candidates thrive. 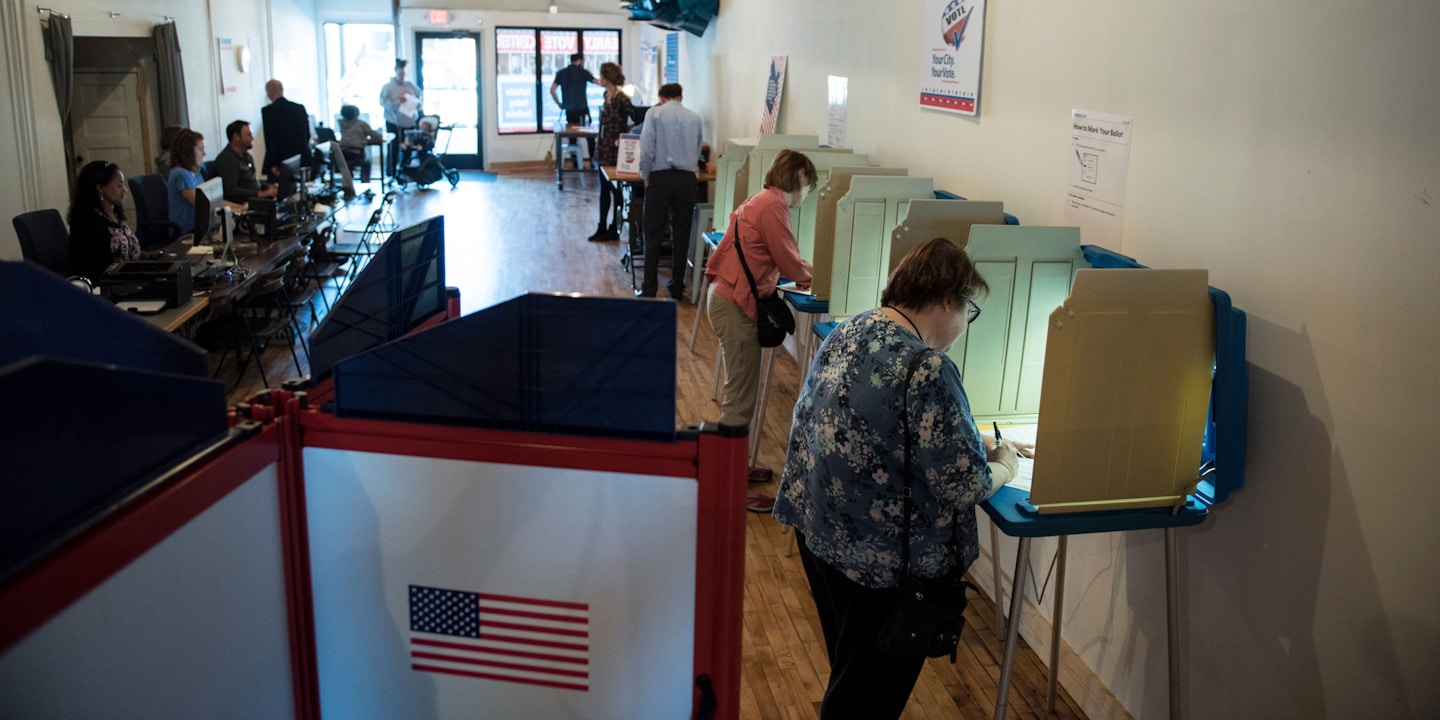 Lawmakers in Minnesota introduced legislation last week that would prohibit local governments from adopting ranked-choice voting, a system that can help third-party candidates’ chances for election and lead to a more representative government.

The bill, introduced on March 12, would have the greatest impact in Minneapolis, which has used ranked-choice voting for municipal elections since 2013. The city has elected a Green Party city council member, and it currently has a nearly equal number of men and women on city council and the most ethnically diverse set of lawmakers in its history. Just last year, a well-funded socialist was a viable candidate in a city council election. St. Paul adopted the voting method last year, and a number of other cities are currently considering it.

Unlike traditional first-past-the-post voting systems — in which the candidate with the biggest number of votes wins — under ranked-choice voting, voters rank candidates on their ballot instead of voting for just one. If no one gets a majority of votes in the first round, next-preference votes are counted until a candidate gets most of the votes.

This system eliminates the so-called spoiler effect, helps third-party candidates achieve viability, and ensures that no one can be elected without the support of the majority of voters.

The bill prohibits a list of “political subdivisions” from adopting ranked-choice voting.

The Minnesota bill prohibits a list of “political subdivisions” — such as cities, counties, townships, and even school districts — from adopting ranked-choice voting. A bipartisan group of legislators introduced it, but the two Democrats who had initially sponsored it pulled their support a few days later.

The legislative measure is what is known as a preemption bill, a tool conservative state lawmakers have used to block municipalities from setting their own policies. Many of these bills are promoted by the American Legislative Exchange Council, which has teamed up with corporations to author legislation that was used, for example, to ban municipal broadband and city living wage laws. The mayor of Tallahassee, Florida, Andrew Gillum, has made overturning preemption laws a cornerstone of his bid to be Florida’s next governor.

About a dozen municipal governments have adopted ranked-choice voting, according to Fair Vote, a group that advocates for electoral reforms. The Minnesota proposal appears to be a unique attempt at legislatively crushing local governments’ ability to adopt the voting method.

Fair Vote Minnesota had no indication that lawmakers would be filing such a bill this legislative session, said the group’s Executive Director Jeanne Massey. “As this [bill was introduced], I told someone we’d been Maine’d ,” she joked.

In Maine, voters passed a statewide referendum in 2016 that would establish ranked-choice voting across the state. The legislature objected to the referendum and blocked its implementation. Activists responded by launching a successful petition drive that will give voters the chance to overrule the legislature in a second referendum during the June primary elections. Voters will be able to test-drive the system during those elections — they will use ranked-choice voting for the first time in primaries for governor, U.S. Senate, and the state legislature.

The two Democrats who had initially signed on removed their names from the legislation after our inquiry.

The Minnesota bill has three House and three Senate sponsors. None of them responded to a request for comment from The Intercept, but the two Democrats who had initially signed on — Reps. Rena Moran and Mike Nelson — removed their names from the legislation after our inquiry. (They did not explain why or otherwise respond to us.)

Undermining ranked-choice voting would disadvantage independents and third-party candidates, who have had unusual success in the state. From 1999 to 2003, Jesse Ventura of the Independence Party was state governor; his party continued to be active in subsequent elections, such as the 2008 U.S. Senate race in which an Independence Party candidate won 15 percent of the vote. If ranked-choice voting were to continue to spread in Minnesota beyond the Twin Cities and eventually be utilized statewide, it could increase the viability of the Independence Party and others who are challenging the traditional two-party dominance.

“It’s a unique piece of legislation in how sweeping it is with respect to preemption, as well as simply abolishing the opportunity for [ranked-choice voting] ever in the state of Minnesota everywhere,” said Massey. “It’s breathtaking.”

Republican state Sen. Mark Koran defended the legislation in an interview with local news outlet MinnPost. “Every vote should count, and every vote should be as simple as ‘I picked my top candidate,'” said Koran, who is sponsoring the Senate version of the bill. “I think it changes the dynamics of, do you win by a second or third chance? It just doesn’t seem natural, and we have an established elections process that has worked well for more than 100 years.”

There are indeed complications associated with this voting system. There have been cases in which voters simply voted for the same candidate on every single line — which defeats the whole point of the system. In one San Francisco district in 2010, 2 percent of voters spoiled their ballots by over-voting for candidates.

In order to combat this spoiling of votes, cities have engaged in education campaigns to teach voters how to properly use the system. San Francisco’s city government publishes YouTube videos to teach voters how to use the system. The city of London in the U.K., which uses ranked-choice voting for its municipal elections, specifically warns voters against listing the same candidate on each line, as doing so essentially renders all votes made after the first-preference selection useless. Additionally, candidates running in ranked-choice voting elections have had to make a wider effort to reach out to voters who don’t rank them as their first choice — because they want second-preference votes, and so on and so forth.

There are signs that city education campaigns about ranked-choice voting work. Santa Fe, New Mexico, recently held its first election under this system to elect a new mayor and city council members. Voter turnout was around 40 percent, as compared to 28 percent in 2014. Almost all the voters understood how to use the system, as Fair Vote noted: “Of the 20,670 votes cast for mayor, there were only 40 ‘undervotes,’ meaning 99.8 percent of voters who cast a vote did not skip the 5-choice mayoral ballot. There were only 26 ‘overvotes’ (when more than one candidate is chosen at the same ranking), meaning 99.9 percent of all ballots that included a vote for mayor were valid.”

Correction: March 19, 2018, 1:04 p.m.
Due to an editing error, an earlier version of this article incorrectly stated that Minneapolis elected a Green Party council member after adopting ranked-choice voting in 2013. He was in fact elected in 2006.