The photos are from an investigation into the death of an ICE detainee who hanged himself inside an isolation cell in a CoreCivic-run detention center. 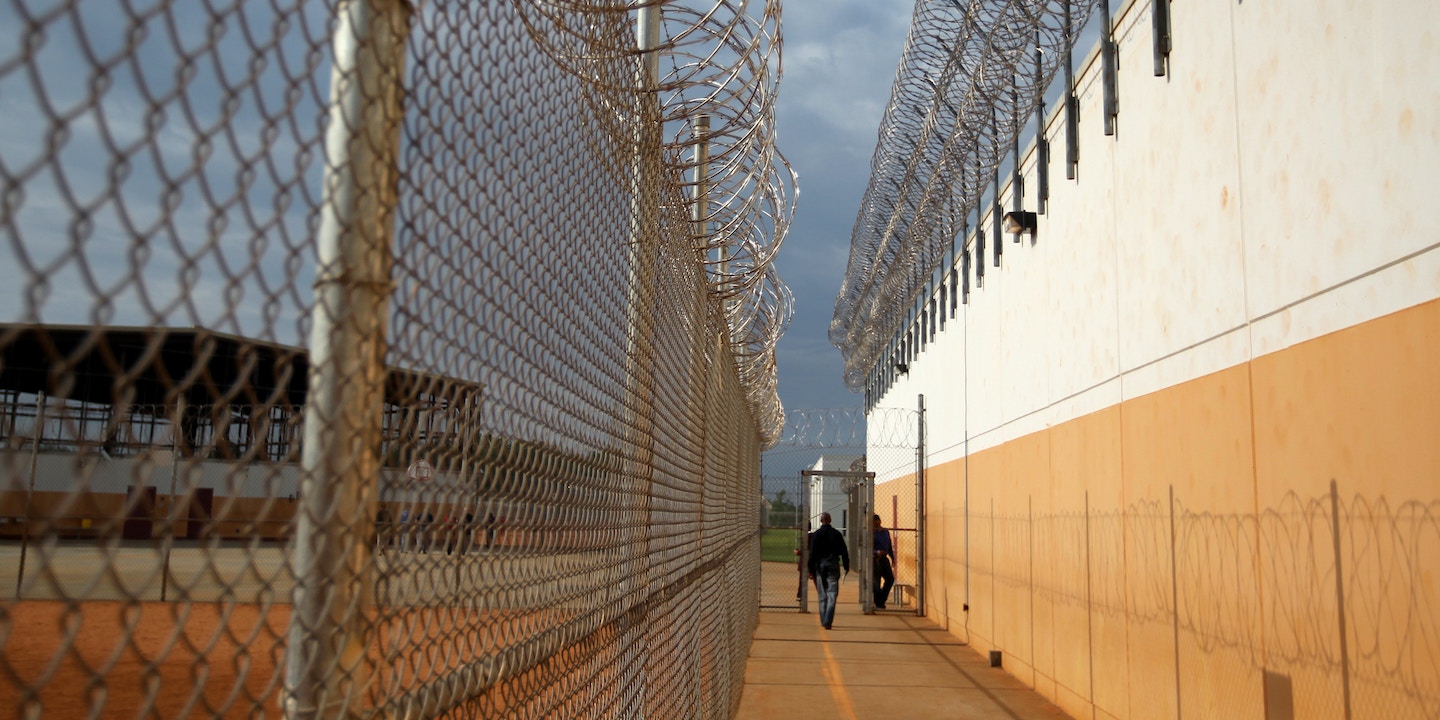 For more than a year, the private prison giant CoreCivic has asserted over and over again that it does not use solitary confinement.

To help prove its point, CoreCivic sent me a list of services available to the detainees it holds in isolation, which includes access to the law library, meals, the facility barber shop, mail, shaving, pay phones, visitation “without mechanical restraints,” and one hour of outdoor recreation per day. But experts who reviewed CoreCivic’s list said its spartan offerings appeared consistent with solitary confinement.

This brought me to a basic question: Is CoreCivic being honest about its detention conditions?

In November, I received a call from a Bangladeshi immigrant named Shoaib Ahmed, who was detained at an Immigration and Customs Enforcement detention center run by CoreCivic in rural Georgia. Earlier that month, CoreCivic placed Ahmed in an isolation cell for 10 days as punishment for allegedly encouraging his fellow detainees to stop working in a facility kitchen.

“The room is at all times locked,” Ahmed told me. “If you talk, the sound does not go outside. And nobody comes to talk with us.”

Prolonged solitary confinement is widely recognized as a form of torture, and during his time in isolation, Ahmed said he feared for his psychological well-being.

“Sometimes I think I will be mentally sick,” Ahmed said of his time in the small cell. “I feel pain in my head.”

In addition to severe isolation, Ahmed spoke of being subjected to restrictive treatment in segregation that might be expected more for a violent criminal than for an immigration detainee under punishment for encouraging a work stoppage: When he left his cell, officers escorted Ahmed around the facility in handcuffs, he said, including for his one hour of outdoor recreation in what he called a small “cage” built for a single person.

Ahmed’s description of harsh punishment for a minor infraction was striking. Yet in response to my questions about the treatment of Ahmed, CoreCivic issued an oblique denial: The firm asserted that it does not use “solitary confinement” at all, telling me that I would be misleading the public by using the term in my reporting. CoreCivic said it instead uses “restrictive housing,” a phrase that carries a far softer connotation, for its practice of segregating detainees in small cells away from the general population.

To help resolve the disagreement over terminology, I asked both the private prison company and ICE to provide me photos of the isolation cells. If the firm’s list of services didn’t help CoreCivic’s case, perhaps photos of the cells in question would; maybe the cells weren’t as isolating as Ahmed had described.

But both CoreCivic and ICE refused to provide me with any photos of the “restrictive housing” cells.

Instead, The Intercept obtained photos of a CoreCivic solitary confinement cell from the Georgia Bureau of Investigation, through a Georgia Open Records Act request.

The photographs are from the state police agency’s case file on its investigation of the death of Panamanian national Jean Jimenez-Joseph. On May 15, 2017, 27-year-old Jimenez-Joseph was pronounced dead after hanging himself inside an isolation cell in the CoreCivic ICE detention center in Lumpkin, Georgia. Shortly afterward, it was revealed that ICE had locked Jimenez-Joseph in solitary confinement for 19 days prior to his death.

The photos show a tiny cell with bare concrete walls that is furnished with a bed, a toilet, two shelves, and a heavy metal door with two grates and an armored slot for providing confined detainees with their meals to eat alone. (The cell is in disarray: It is littered with medical debris apparently left from the attempts to revive Jimenez-Joseph.) Photos of the CoreCivic solitary confinement cell where Panamanian national Jean Jimenez-Joseph hanged himself in May 2017.Photos: Georgia Bureau of Investigation

“Whatever they call it, this cell can only be used for solitary confinement,” said Juan Méndez, a professor of human rights law in residence at American University, who previously served as the United Nations special rapporteur on torture. “It is clearly unsuitable for more than a few hours,” Méndez said of the cell.

One thing that’s not readily clear in the GBI’s photographs of Jimenez’s cell: The steel mesh openings in the isolation unit’s doors that appear to create an opening to outside the cell are covered in translucent glass-like paneling. (This translucent covering is shown in video footage The Intercept obtained of the effort to revive Jimenez-Joseph, and the glass paneling was referenced by a GBI investigator and a CoreCivic guard during interviews the GBI conducted during its investigation into the suicide.)

“The more solid and soundproof the door, the worse the isolation,” Terry Kupers, a professor at the Wright Institute who has studied solitary confinement extensively, wrote in an email. “If they are actually covered by lexan [a durable synthetic glass substitute common in prisons] and are soundproof, the doors are essentially equivalent to solid metal doors except there is some additional possibility for visual access to the cell. This is very isolating, and one small step from a solid metal door. Definitely that’s consistent with, or imposes, solitary confinement.” 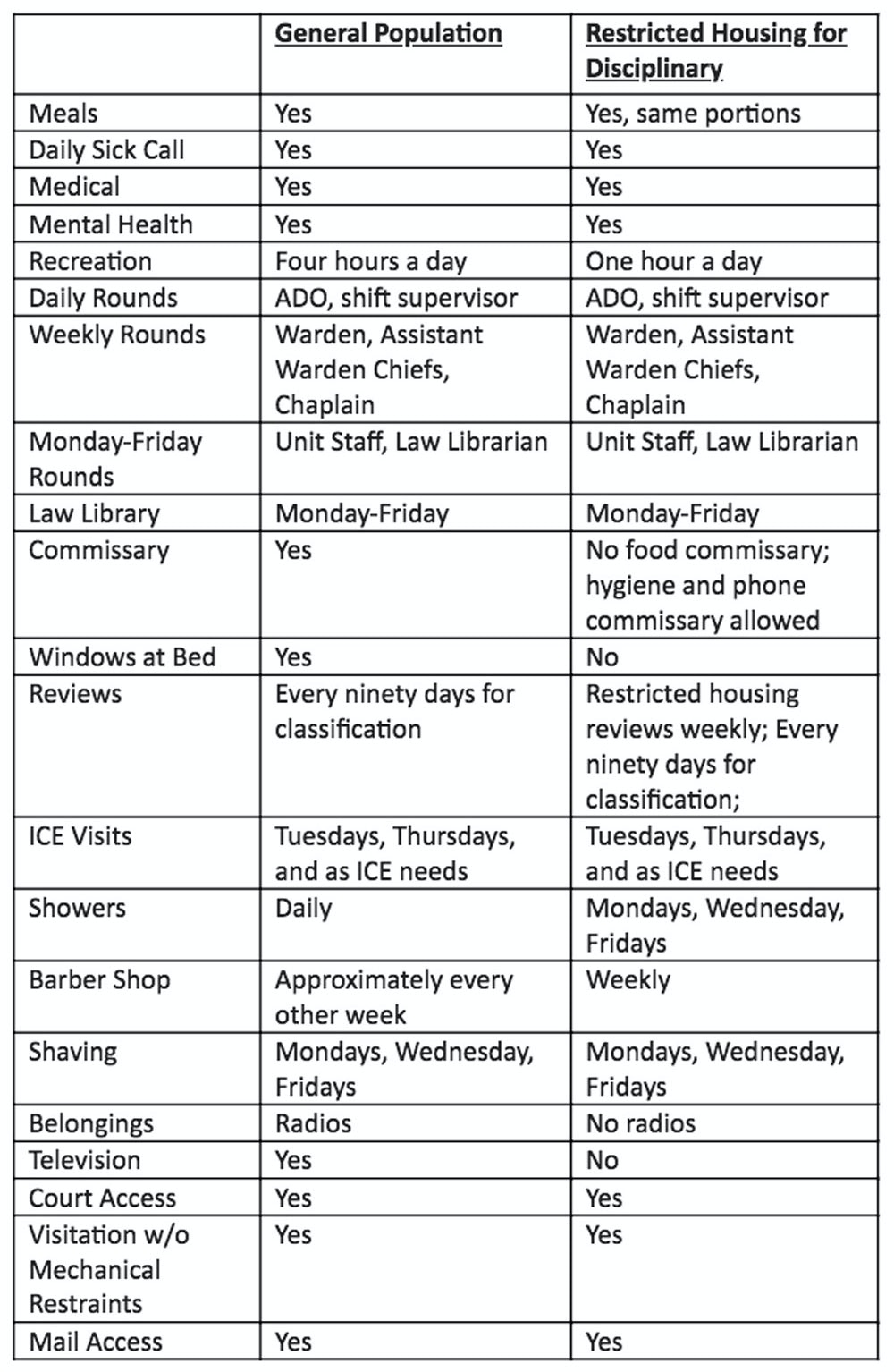 In response to a request for comment on the photographs, a CoreCivic spokesperson said, “We stand by our extensive previous comments to you on this issue,” and suggested I contact ICE for more information.

ICE provided The Intercept with a brief comment defending its segregation policies in broad terms. In an email, ICE spokesperson Tamara Spicer wrote that the agency’s detainees in segregation are composed disproportionately of individuals with serious criminal convictions, and that its rates of isolating such detainees are substantially lower than at the country’s jails and prisons.

“The use of restrictive housing in ICE detention facilities is exceedingly rare, but at times necessary, to ensure the safety of staff and individuals in a facility,” Spicer said. “[ICE] is firmly committed to the safety and welfare of all those in its custody.”