In Texas, the Democratic Congressional Campaign Committee is once again weighing in against a progressive. But he welcomes their hatred. 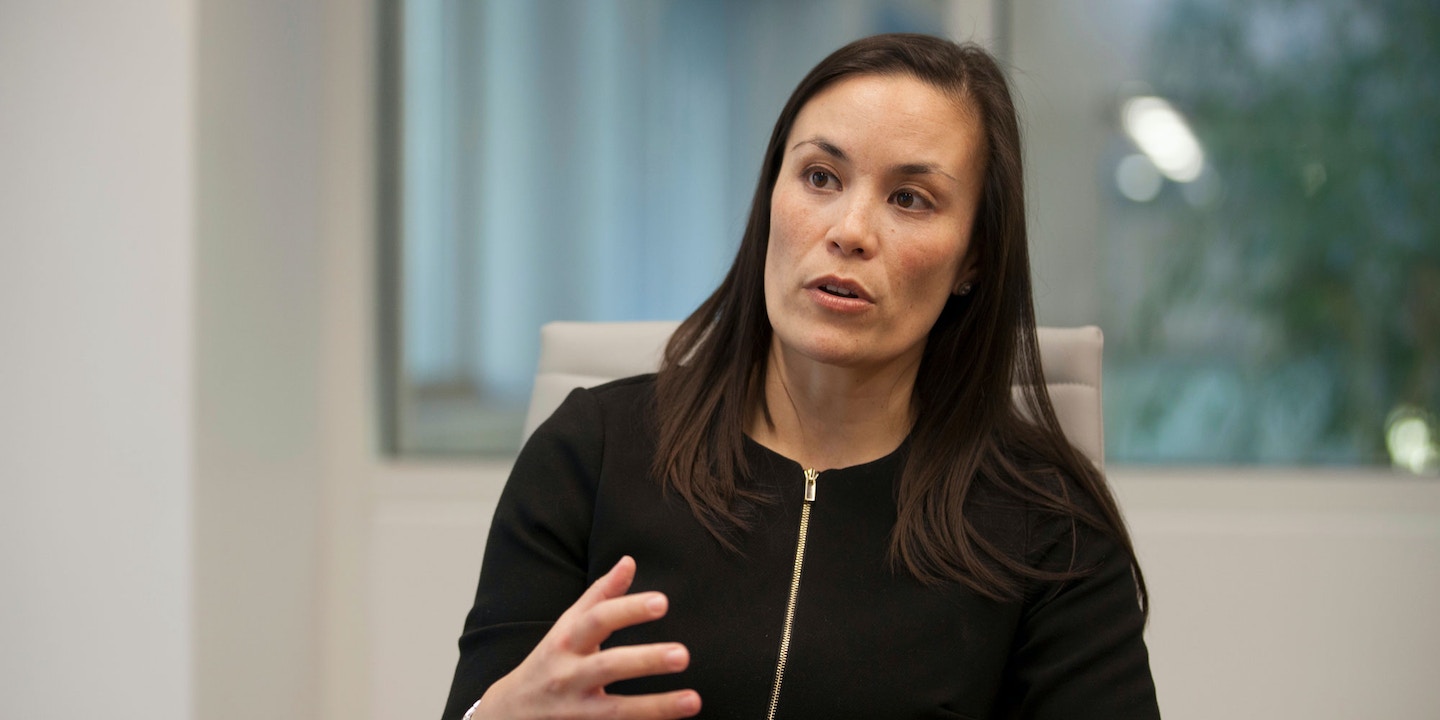 Rick Treviño was not supposed to make it this far in his bid for the Democratic nomination for Texas’s 23rd Congressional District.

A former public school teacher and a Bernie Sanders presidential delegate, he quit his job last September to campaign full-time, though few thought his race would get off the ground. In a five-candidate race, he pledged not to take any corporate PAC or lobbyist money. In fact, he didn’t take much of any money. He spent just $20,416.

Jay Hulings, a Democratic candidate backed by the Blue Dog Coalition and the Castro brothers — the prominent San Antonio Democrats who have acted as kingmakers in local political races — spent almost $400,000 and ended up with 6,584 votes. Treviño netted 7,642 votes, making it to second place and earning a spot in the May 22 runoff.

The candidate who came in first place, former Air Force intelligence officer Gina Ortiz Jones, spent a similar sum to Hulings and ended up with 18,074 votes.

The San Antonio Express-News marveled at the strength of Treviño’s grassroots campaign and the number of votes he was able to pull in based on organizing alone, calling it “one of the great underdog stories of Tuesday’s Texas primary.”

“I just focused on the 30,000 or so people who voted for Bernie [in 2016] and targeted them,” he explained in an interview with The Intercept. “We just created a mail list of 3,000 people and mailed them about three times.”

On the hustings, he aimed for neighborhoods that his opponents ignored. “I just looked at places where I knew my opponents were not canvassing: working-class communities,” he said.

Amusingly, he also capitalized on his name. It turned out there were other people with the same last name running for other offices in other parts of the district. So he made sure to campaign in the same places, in sort of a Treviño synergy campaign.

The Democratic Congressional Campaign Committee announced at the end of March that it has endorsed Ortiz Jones, naming her as part of its Red to Blue campaign. But Treviño isn’t sad about the DCCC’s endorsement. In fact, he’s enthusiastic, saying it will “definitely” give him a boost.

“The DCCC has an incredibly terrible track record in CD-23, and it’s great to know that they’re going to have all their hands all over Gina’s race,” he told The Intercept.

“I hope they send the same folks who have worked the district in the past,” he added, noting that the DCCC had “led Gallego to two consecutive losses,” referring to former candidate Pete Gallego, who declined to take a third crack at the seat this cycle. The only thing better for Treviño than the party supporting his opponent could be it attacking him directly. The DCCC’s entry into a nearby Democratic primary ended up being a boon for Laura Moser. Her fundraising skyrocketed, and she will also be joining the May 22 runoff against an establishment opponent. An analysis of polls leading up to the primary suggested that the DCCC intervention pushed her into the runoff.

National media has focused heavily on Ortiz Jones’s identity, given that she is a lesbian, Filipina-American, and an Iraq War veteran.

She’s also backed by a phalanx of establishment Washington, D.C. organizations, such as  EMILY’s List and VoteVets.  She was also on the 2016 Defense Council of the Truman National Security Project, a Democratic Party-leaning D.C. group that grooms young national security leaders. The lion’s share of her campaign funding (63 percent) comes from individuals giving donations of over $200 a pop.

When asked about the DCCC endorsement, Ortiz Jones spokesperson Lauren Coffee boasted about a range of support, but conspicuously did not mention the party organization in her response.

“As Gina has traveled the district and spoken with folks from San Antonio to El Paso, we hear over and over again how ready people are for new leadership,” she said. “We’re proud to have built a strong coalition of support from grassroots leaders, to local elected officials, to organizations like Democracy for America, VoteVets, the Progressive Caucus, the Equality Caucus, EMILY’s List, and Victory Fund. This designation is a further testament to the growing, grassroots campaign we’re running.”

Meredith Kelly, a spokesperson at the DCCC, noted a long list of local and national endorsements helped win support for Ortiz Jones:

Treviño, on the other hand, has counted on small-dollar donations to run his campaign, while the backing of Sanders-aligned groups like Our Revolution, the National Nurses United, Brand New Congress, and the Justice Democrats.

Alongside these endorsements, Treviño has endorsed the full range of Sanders policies: from “Medicare for All” to tuition-free college. Ortiz Jones on the other hand is keeping many of her policy positions vague, preferring to talk about her desire to “make college affordable,” for instance.

The politics, though, are scrambled. Despite Treviño’s platform, Ortiz Jones has won the endorsement of several groups that represent the progressive flank of the party, including the Congressional Progressive Caucus and Democracy for America.

In our interview, Treviño portrayed Ortiz Jones as a creature of national donors and the political establishment, and criticized her vague approach to policy compared to his strident views. “I’m for $15 pegged to inflation, she’s for  ‘decent wages.’ I don’t know what that means,” he said.

Treviño is also a critic of American militarism, an unusual positioning for a candidate in a district dominated by a major military base. At a recent candidate forum, he was asked about the Base Realignment and Closure process, and he took the opportunity to criticize the war economy.

“I think it’s unfortunate, though, that so many communities rely on war and destruction for an economy, for good-paying jobs,” he said.

He noted to The Intercept that many of his competing candidates are tied to that military-industrial complex. “The top three fundraisers in my race, they all had some kind of relationship with the intelligence community,” he said. “I thought it was peculiar.”

The incumbent Republican Rep. Will Hurd was in the CIA. The defeated Hulings was a lawyer for the House Intelligence Committee.