Bell’s eighth hearing was a litmus test for whether the parole board would follow its own guidelines or bend to the will of police unions and politicians. Earlier this month, the New York State Parole Board did its job. It elected to grant parole to 70-year-old Herman Bell, a former Black Panther who has served nearly 45 years in prison after being convicted of the 1971 murders of two New York City police officers. The board’s decision is long overdue: Bell has been eligible for parole since 2004 and has been denied on seven previous occasions, despite determinations from the state’s Department of Corrections and Community Supervision that he has an extremely low risk of recidivism, a high likelihood of successful transition into free life, and an impressive institutional record of education, mentoring, and community work.

Bell’s eighth hearing was an important litmus test for whether the parole board, which this year includes five new commissioners, would follow its own guidelines or bend, once again, to the political will of police unions and politicians, who make no secret of their desire to see the aging Black Panther die in a cage. In 2017, parole board administrators brought in new regulations in an attempt to instantiate what should have long been standard practice: basing parole decisions on an evaluation of the inmate’s risk to the public instead of the nature of the crime that led to their incarceration.

The fact that the board now faces fierce backlash and pressure to reverse its decision from powerful police unions and politicians risks stymying further steps in the right direction when it comes to freeing inmates like Bell. 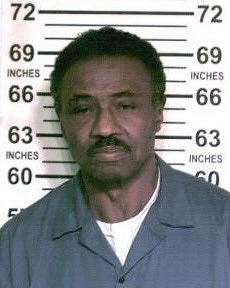 Herman Bell at the Shawangunk Correctional Facility in Shawangunk, N.Y., on Oct. 10, 2017.

Bell was convicted along with two co-defendants in 1975 for the murders of officers Joseph Piagentini and Waverly Jones. He was sentenced to 25 years to life. During his decades of incarceration, he’s earned degrees, launched educational programs, mentored fellow inmates, and also maintained close friends, a loving marriage, and a family. Beyond prison walls, he’s organized community gardening projects and homeless youth outreach initiatives. For the officers’ murders, he has expressed remorse and taken responsibility.

Bell is one of 15 former Black Panthers still incarcerated in the U.S., most of whom were also convicted of murdering law enforcement officers in the 1960s and ’70s, at a time when the government targeted black liberation fighters with ferocity. Since 2000, eight former BPP members have died while incarcerated; most were in their 50s and 60s. Albert Washington, one of Bell’s co-defendants, died in 2000 of liver cancer, at age 64. Long-term incarceration is said to add 10 years to a person’s physical age, and at 70, Bell is in an age bracket with a recidivism rate of less than 4 percent, according to DOCCS statistics.

When I met Bell at Shawangunk Correctional Facility three months before his February parole hearing, he walked with a limp, having been beaten by guards in the month prior. “The notion that some people never get out — how do you wrap your mind around that?” he asked me. Bell is the first former Black Panther convicted of murdering a police officer to be granted parole. If the parole board continues to follow its own regulations, he should not be the last.

It comes as little surprise that the New York City Patrolmen’s Benevolent Association is frothing at the mouth. For the powerful police union, the continued incarceration of prisoners like Bell is a moral crusade; an entire page on their website is dedicated to “Keep Cop Killers In Jail,” encouraging the public to submit letters of opposition whenever such prisoners are up for parole.

A statement from blustering NYCPBA president Patrick Lynch claimed that “to let this animal onto the streets is disgraceful.” (This same union leader blamed Eric Garner for his own death, defends stop and frisk, and has stated that penalties for police misconduct are too harsh.) But the NYCPBA is not campaigning alone: Last week, Mayor Bill de Blasio publicly urged the parole board to reverse its decision.

Making no reference to Bell’s risk and needs assessments — the very considerations that should guide parole decisions for prisoners who’ve already served their time — de Blasio wrote, “Murdering a police officer in cold blood is a crime beyond the frontiers of rehabilitation or redemption.” Meanwhile, Gov. Andrew Cuomo has said he “disagrees” with the board’s ruling.

Beyond an ideological claim to the unparalleled mattering of “Blue Lives,” the parties urging that Bell’s parole be rescinded have scant grounds on which to force the parole board to act. The police union claims that the board failed to review the minutes from Bell’s 1975 sentencing hearing and did not receive a victim’s statement from one of the slain officer’s surviving brothers. These alleged errors are unlikely to prompt a new hearing. Numerous victims’ statements were accounted for — including that of Piagentini’s widow, who would see Bell rot in jail, and that of Waverly Jones Jr., the son of Officer Jones, who has called for Bell’s freedom for a number of years .

“The media-fueled hysteria concerning the parole board’s decision to release Herman Bell has caused me much distress,” Jones Jr. said in a statement read by Bell’s lawyer, Robert Boyle, at a press conference on March 23. “It seems that individuals with no knowledge of Mr. Bell or the circumstances that led me to support his release many years ago have taken it upon themselves to drum up hate and vengeance.”

New York State Assemblyman Charles Barron took to the podium at the press conference to send a message to the politicians attempting to block Bell’s parole. “Shut up and let justice prevail; shut up and stop trying to harass and intimidate the board,” he said, adding that both Cuomo and de Blasio “should be under investigation for obstruction” for seemingly attempting to intervene in the board’s decision.

While it may be unlikely that the parole board will reverse its decision with regard to Bell, a troubling precedent is nonetheless set when some of the most powerful men and organizations in the state send a message to parole commissioners that rightful decisions like freeing Bell will be met with high-profile ire.