Since the end of 2017, tens of thousands of people have been displaced by battles over the control of lucrative mineral deposits in Afghanistan. 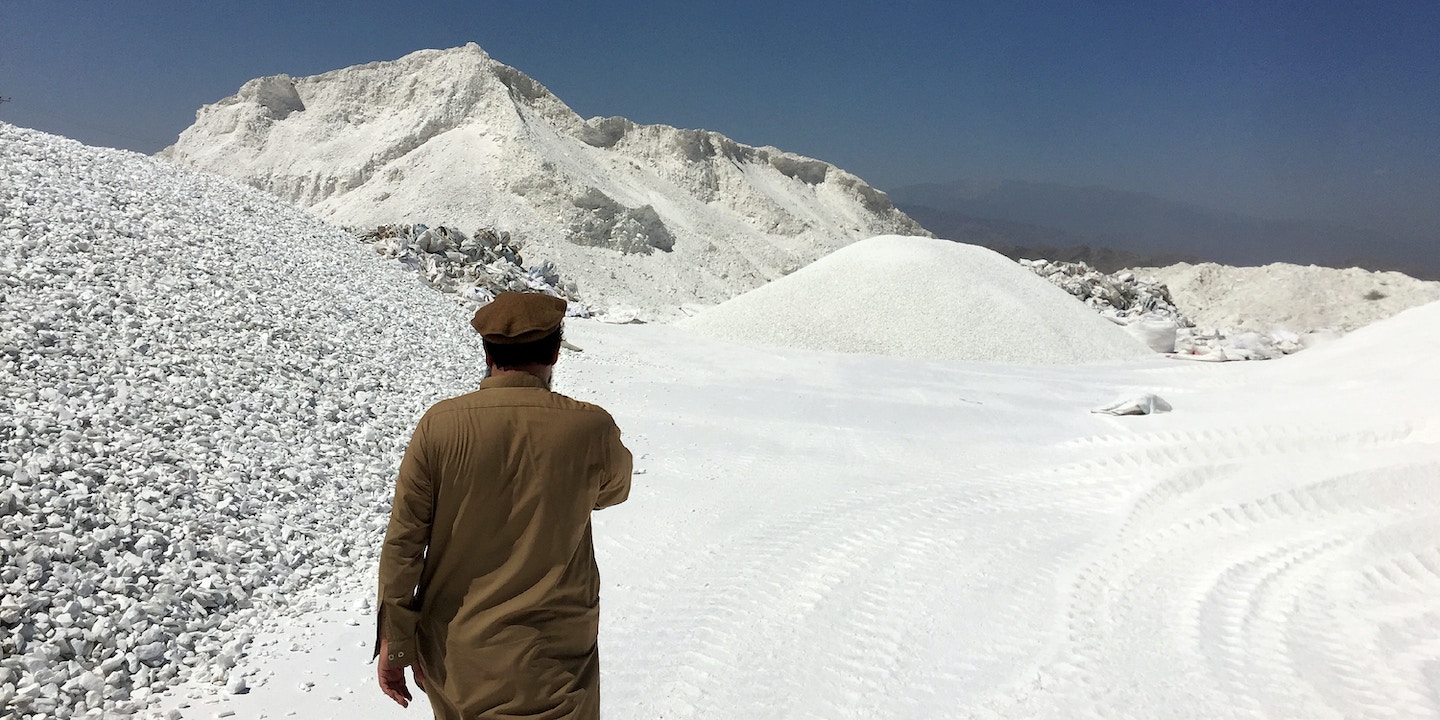 Lucrative mining sites in Afghanistan are under the control of Taliban and Islamic State Khorasan Province, or ISKP, militants, who are making millions from the export of minerals, according to a new report by the conflict monitoring organization Global Witness. The report, titled “At Any Price We Will Take the Mines,” documents how the trade in minerals like talc, marble, and lapis lazuli is generating revenue for insurgent groups and helping to fuel a deadly cycle of violence in the country.

While control over resources has long been a driver of conflict in Afghanistan, this dynamic has become more acute in recent years. Since the end of 2017, tens of thousands of people have been displaced by fierce battles between Taliban and ISKP factions in eastern Afghanistan’s Nangarhar province, battles that have been linked to the control of lucrative mineral deposits.

“What we’ve found from our sources is that the ongoing conflict between the Taliban and Islamic State in Nangarhar is very much linked to the control of resources. And when you look at the revenues that armed groups get from these mines, it’s not surprising that they’d be willing to fight to hold onto them,” said Nick Donovan, a campaign director for Global Witness who specializes in conflict finance and corruption in natural resources. “The involvement of armed groups in illegal mining is hugely damaging to the country. It costs the Afghan government massive losses in revenue, while empowering many local strongmen and fueling armed conflict. Control of these resources is an issue of national security for Afghanistan and for all the countries involved in the conflict.”

“The involvement of armed groups in illegal mining is hugely damaging to the country.”

According to the report, consumer goods purchasers in the United States, Europe, and Asia are helping to fuel these insurgencies. Talc mined in Afghanistan and exported through Pakistan often ends up incorporated into ordinary consumer products sold in the U.S., particularly since Pakistan is the single biggest source of talc sold in the America. Through their ordinary consumption, the report notes, Westerners buying products made with materials that originate in Afghanistan “are almost certainly unwittingly helping to fund the insurgency.” Talc is commonly found in baby powder, as well as in many ceramics, paint, paper, plastics, rubber, and insecticide products.

Satellite imagery from the region and interviews with sources has helped to establish the primary role that control over mineral resources is playing in fueling conflict among the militant groups. According to one individual from the eastern Afghan district of Achin interviewed in the report, “The real fight [between the Taliban and ISKP] was over the mines — because there are no villages there.” The individual went on, “The [local] people say [that] wherever there is a mine, [ISKP] go there first.”

A Taliban official told Global Witness that control of the mines is critical to their survival against rival militants. “The fight is over the mines, the fight is over the profits,” he said. “What can we do — we have expenses, we don’t get much from the Arabs” — drawing a contrast to the Islamic State. “If we don’t have this source [of funds], we will be defeated.”

A 2013 United Nations report warned that control of Afghan natural resources could become a major source of conflict in the country, unless steps were taken to distribute their benefits equitably among various communities. “[T]he extractives sector can be a double-edged sword,” the report said, providing jobs and infrastructure funding if well-managed, but fueling corruption, environmental damage, and conflict if not.

Afghanistan’s mineral wealth is coveted by militant groups, but also by international powers invested in the country’s war. Last year, the New York Times reported that advisers to President Donald Trump had persuaded him to increase troop levels in the country by highlighting the value of Afghanistan’s precious metal deposits, estimated by U.S. officials in 2010 to total nearly $1 trillion in value. While the real economic value of extracting and transporting Afghanistan’s natural resources is significantly reduced by the country’s isolation and poor rule of law, it remains an attractive target for foreign companies eager to connect these resources to global markets.

The Global Witness report concedes that there is no easy solution to the conflict between militant groups over eastern Afghanistan’s mineral wealth. Its main recommendations include a number of steps to block the export of materials from regions controlled by militants, until the Afghan government and civilian groups can reassert control. The group also proposed a number of regulatory reforms to help support legal mining as part of a broader effort to bring central government authority over the country’s mineral wealth.

“The mining resources in Nangarhar are relatively concentrated. Even if the government if can’t control the trade everywhere, there are steps that … can be taken, including putting a blockade on the talc trade in the region, promoting legal mining, and establishing zones of government control in the area,” said Donovan. “No one is expecting the government to address the problem of illegal mining by armed groups overnight, but this issue is very important for Afghanistan’s national security and economic well-being. Inaction is not good enough.”

Top photo: A man walks among piles of talc at a processing plant near Jalalabad in 2017.