Shri Thanedar, the faux-populist frontrunner for the Michigan gubernatorial nomination, has some harsh words for his opponents. 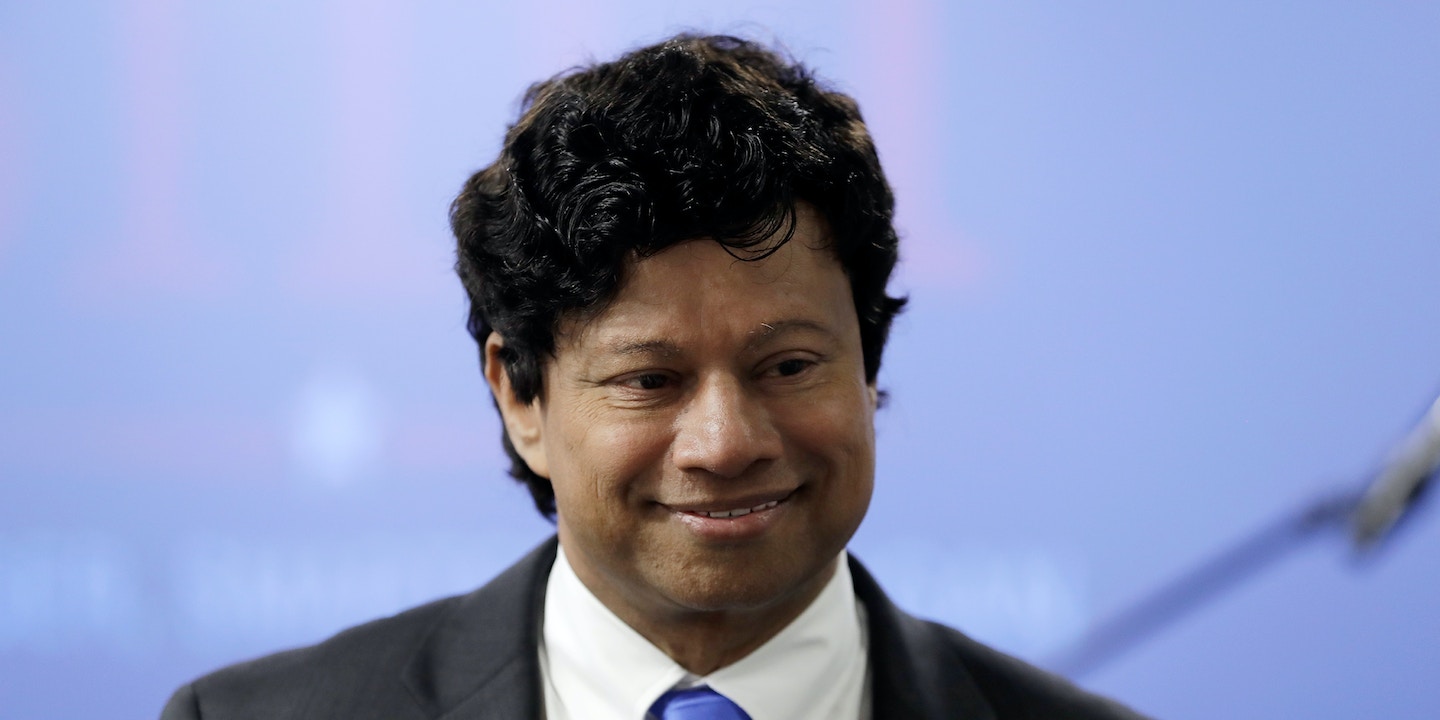 Millionaire businessperson Shri Thanedar is now the leading contender for the Democratic nomination for governor in Michigan.

In the latest poll, commissioned by the Detroit Regional Chamber, he leads with 29.6 percent of the vote, with former state Senate Minority Leader Gretchen Whitmer at 26.3 percent and former Detroit public health chief Abdul El-Sayed at 6.5 percent.

Thanedar’s poll numbers are partly the result of him spending more than $2 million of his own money on television ads, which have propelled his candidacy in the face of claims by a number of prominent Michigan political consultants that he considered running as a Republican instead and was ideologically flexible on issues like abortion. He maintains that he is a “fiscally savvy Bernie,” branding himself as a progressive.

After The Intercept published the story quoting the consultants, Thanedar once again contacted us to double down on criticisms of them, claiming that they were scorned by not being hired by his campaign.

The Intercept took the opportunity to discuss the race and the issues Michigan faces with Thanedar.

During the course of our phone conversation, Thanedar used the interview to trash El-Sayed and Whitmer. At left, Dr. Abdul El-Sayed, director of the Detroit Health Department, gives his remarks during the Mayor's Summit on Health Equity in Detroit on May 3, 2016. At right, Gretchen Whitmer addresses the media following a town hall meeting in Detroit on Oct. 12, 2014.Left/top: Clarence Tabb Jr./Detroit News via AP. Right/bottom: Photo: Jose Juarez/AP

On El-Sayed, he complained of the candidate’s background, pointing to claims that he may not be eligible to run in Michigan. “He knew very well that his eligibility could be questionable, right? Only he knew that, no one else did,” he said, going on to say that he should have told his donors the controversy might arise. Thanedar officially filed to challenge El-Sayed’s eligibility in the beginning of May, and El-Sayed hit back by challenging the validity of signatures Thanedar’s campaign collected to get on the ballot. (The Michigan Bureau of Election rejected challenges from Thanedar and others to El-Sayed’s eligibility to run.)

Thanedar also got very personal in his description of El-Sayed’s background.

“He gets a lot of glowing coverage in Intercept,” he said. “But all it is is just a rich kid who never had to suffer. Got his way. And when he doesn’t get his way, he gets mad and he starts child-like acting like when he was caught with the residency issue, he tried to hit back. Because you know he has got a life of privilege. He probably has no college debt. He grew up in Bloomfield — I went to his high school, it’s like five star, five star hotel. … So he grew up with privilege.”

“Look, who has my level of lifetime experiences? Certainly not a kid who is 33 years old, has three jobs in two years. He doesn’t have the skill set to manage a $56 billion state with huge amount of problems,” he said. “I don’t really see a huge amount of qualifications Abdul has to be progressive. He grew up in Bloomfield, which is one of the richest areas. He grew up in a very wealth household. He either got scholarships, or he got paid for his tuition by his parents, rich parents. He voted only half the time in the last 10 years. He misrepresented himself, basically he’s skillful and he’s memorized a very progressive speech, and he delivers it well because he’s got good oratory skills.”

We followed up by pointing to ex-Sanders presidential campaign staff that El-Sayed has hired to prove his progressive credentials. “But they have done nothing. Have you ever seen them talk or do anything? Nothing,” he said.

Adam Joseph, a spokesperson for El-Sayed, offered a response to Thanedar’s comments to The Intercept. “While he continues to add to the list of lies about his so-called progressive record, we are focused on protecting people from corporations and millionaires like him who continue to exploit us,” he said.

“And certainly Whitmer, with 14 years in the public domain, hasn’t had anything to show as her accomplishments. She calls her No. 1 accomplishment Medicaid expansion, which was done by Snyder and he championed it,” he said.

“Gretchen Whitmer is the only candidate in this race with a clear track record of getting things done for Michigan families. Medicaid expansion didn’t just happen,” Zach Pohl, Whitmer’s communications director, told The Intercept in response to Thanedar’s comments. “Governor Snyder couldn’t get enough votes from his own party to pass a bill, so Gretchen rolled up her sleeves and brought Republicans and Democrats together to expand Medicaid and cover over 670,000 more Michiganders. She did the same thing when she negotiated with Republicans to raise the minimum wage, which just went up for the fourth time this year. As governor, Gretchen will focus on the things that will actually make a difference in people’s lives right now, like fixing the damn roads, making health care more affordable, and investing in skills and job-training programs so all Michiganders can get a good-paying job. That’s how we build a better Michigan for everyone.”

Top photo: Shri Thanedar announced his candidacy for Michigan governor during a news conference on June 8, 2017, in Detroit.