One Teen and Three FBI Operatives: Was the Government Behind a 17-Year-Old’s Terror Plot in Texas?

The teen thought he was signing up with the Islamic State, but all his online interlocutors were working for the FBI. Toward the end of last year, as the Islamic State was collapsing in Iraq and Syria, a 17-year-old Texas high school student named Matin Azizi-Yarand began an online conversation. He had found a fellow traveler on the internet, and was hashing out whether to leave the United States to join ISIS abroad or carry out an attack in their name at home. “When the time akhi comes I want you to come down here // if you are willing that is // just need some more planning,” Azizi-Yarand said in a series of messages sent on December 25.

A few weeks later, Azizi-Yarand told another individual whom he had met online about his plans to try to leave the country with others. Using the Arabic term “hijrah,” or migration, he told them, “me and others are planning // either hijrah or here // We are hoping for hijrah In sha Allah // we just need the funds.”

Unbeknownst to Azizi-Yarand, both of his interlocutors were working for the government.

Unbeknownst to Azizi-Yarand, both of his interlocutors were working for the government. One was an informant and another an undercover FBI agent. Another online acquaintance, with whom Azizi-Yarand had struck up a conversation in March, turned out to be an informant as well. The government operatives documented all the messages Azizi-Yarand sent to them in order to build their case.

On May 1, roughly five months after the informants received the first message from Azizi-Yarand, he was arrested at his high school in Plano, Texas. Charged with criminal solicitation to capital murder and making terrorist threats, the 17-year-old, who lived with his parents in Plano, faces the possibility of life in prison. In a statement announcing the arrest, the FBI said that it had coordinated with local law enforcement to apprehend him and added it was “not aware of any additional threats associated with this arrest.”

Among other allegations stemming from the investigation, the government said Azizi-Yarand had planned to conduct a mass shooting in ISIS’s name at a Texas mall. Two affidavits made public at the time of his arrest said that he sent more than $1,400 to his government co-conspirators to purchase weapons and tactical equipment for the attack.

Azizi-Yarand’s case touches on some of the most controversial aspects of the government approach to domestic counterterrorism operations. His young age and the involvement of multiple informants and undercover agents in the sting operation against him raise questions about whether Azizi-Yarand, like many other domestic ISIS supporters, would have actually been able to conduct an act of terrorism without government assistance.

One hundred and forty-seven people have been arrested in the United States on ISIS-related federal charges, according to The Intercept’s “Trial and Terror” database. Some were arrested while making plans to travel abroad to join ISIS, while others were alleged to have been involved in planning attacks domestically. With the collapse of ISIS’s so-called caliphate in Iraq and Syria, the rate of arrests of suspected ISIS allies has dropped considerably in 2018. Azizi-Yarand is one of only a handful of Americans taken into custody for supporting the nearly defunct terrorist group this year.

While the “Trial and Terror” database tracks federal prosecutions, Azizi-Yarand is one of a small number of terrorism defendants set to be tried in state courts. In another such case, a developmentally impaired 18-year-old named Mahin Khan was tried and convicted in 2016 in Arizona’s state courts on charges of supporting ISIS. With Azizi-Yarand, the government made clear that it had opted for a state court because harsher penalties could be imposed. “Azizi-Yarand, at 17 years old, is a juvenile under federal law, but is an adult under Texas state law,” the local U.S. attorney’s office said a statement. “Federal law limits our ability to certify a juvenile as an adult for prosecution, and in light of that, we determined that state prosecution of the subject will best address the case.” 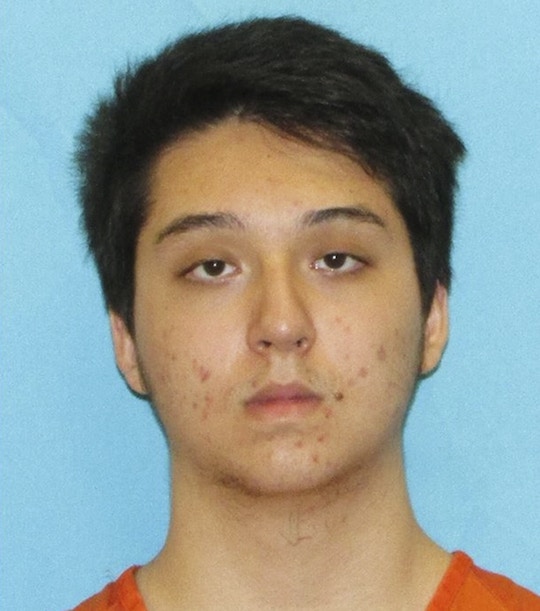 Matin Azizi-Yarand, a teenager from Plano, Texas, who has been charged with criminal solicitation of capital murder and making a terroristic threat.

The most comprehensive account of the government’s case against Azizi-Yarand is outlined in the affidavits, which document how the investigation into his online activities was conducted. There is no recounting of the initial contact between Azizi-Yarand and the informant in December, but the document describes how the conversations that the 17-year-old had with a series of government operatives culminated in an alleged plot to commit an act of terrorism this May.

While more details about the case are likely to be revealed over time, experts have begun to question whether the tactics used against the young Azizi-Yarand were appropriate.

“We have seen in other cases that, when a vulnerable person is surrounded by older, influential informants and undercover officers, it is easy for them to manipulate the person into agreeing to participate in a plot that they would otherwise not have considered,” said Arun Kundnani, a lecturer on terrorism studies at New York University. He said the documents released so far in the case indicate that Azizi-Yarand had expressed doubts or changed his mind about his plans at various points during the investigation.

“We only have a tiny amount of information about the extensive, monthslong interaction between Azizi-Yarand and the at least three persons working with the FBI to investigate him,” he said. “Until we have seen the full record of that interaction, it is impossible to rule out manipulation.”

In his conversations with the government operatives, Azizi-Yarand said he wanted to either travel to join ISIS in one of its foreign territories or conduct an attack in the U.S. on behalf of the group. The ideas he expressed to informants were sometimes disturbingly violent. He mused about attacking targets in America, including potentially a school, a Hindu temple, or a local mall. At one point, he fantasized about dousing a police officer with gasoline and immolating them.

Amid his wavering on whether to go aboard or launch an attack at home, Azizi-Yarand said that he had been saving money and that he would be “a genius with our jihad plans.” He also indicated in his communications that he had been speaking to others about his plans online, though it is unclear who he was referring to. In one communication on March 30, he told one of the informants, “I’m not getting martyd [sic] without you.”

In a messaged dated February 18, 2018, the undercover agent pointed out to Azizi-Yarand that he had been “having doubts” two weeks ago. Azizi-Yarand replied that his doubts had been about Islam, not about fighting. Over the next several weeks, according to the government, he began to make concrete plans with his online co-conspirators to acquire ammunition, money, and equipment to carry out an attack. He also took scouting pictures of a local mall and began writing a manifesto, stating that the attack would be vengeance against the United States for “slaughtering the Muslims with fighter jets and other such weaponry.”

The young Texan continued communicating about the plot for the next several weeks with his group of government co-conspirators, until he was arrested at his high school.

The online discussions with the government operatives eventually progressed to an in-person meeting. In April, Azizi-Yarand took an Uber to meet the first informant he had met online in December at a hotel. They discussed the plot to attack the mall, which Azizi-Yarand said was “not too in depth” and would just be a “run and gun” mission. They also walked over to the mall while discussing the plot. Throughout the meeting, Azizi-Yarand was text-messaging another government operative — the undercover FBI agent he had met online — to keep them updated about his discussions with the informant.

After Azizi-Yarand and the informant parted ways, the young Texan continued communicating about the plot for the next several weeks with his group of government co-conspirators, until he was arrested at his high school earlier this month.

As with many ISIS-related cases in the United States, Azizi-Yarand’s situation is clouded by ambiguity. Over the course of the five-month investigation, he oscillated between trying to find a way to travel abroad to join ISIS and making bloodthirsty statements about committing violence on their behalf at home. But his young age and the level of time and resources allocated to the sting operation raise issues as to what degree the government operatives involved in the case may have ultimately encouraged the teenager to turn his online fantasies into reality. The absence of any other type of intervention that could have avoided criminal charges and a potential life sentence in prison also point to a particularly aggressive law enforcement approach. In an interview with a local NBC affiliate following his arrest, Azizi-Yarand’s father Reza Azizi said he had “no clue” what his son had been doing online, describing him as a “good kid” and a “good student.”

The fact that Azizi-Yarand’s parents were oblivious to the months that their son had spent on his computer discussing terrorism with government informants stands as a particular sore spot to some experts.

“It’s hard enough for parents to tell who their kids are socializing with physically, but when law enforcement agencies are using sting operations to target very young people online, it makes monitoring their behavior even harder,” Sahar Aziz, a national security expert at Rutgers Law School, told The Intercept. “It’s better to treat children involved in these cases as human beings who need to have their parents involved in changing their behavior, rather than viewing them purely as monsters who need to be put in jail forever.”