For decades, FAA policy has been to require airports to use firefighting foam that meets specifications developed by the Navy. 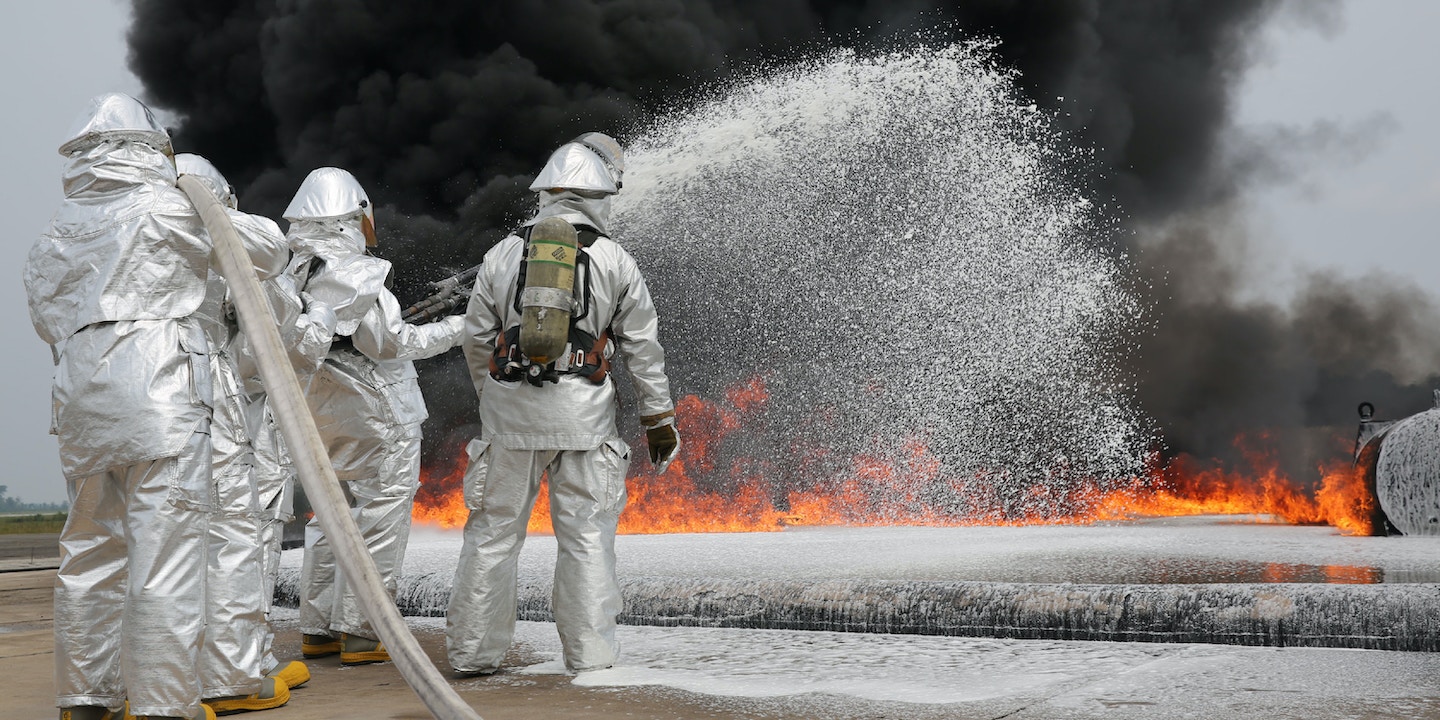 While the controversy over the Environmental Protection Agency’s recent “leadership summit” on PFAS chemicals held in Washington earlier this week brought attention to the cancer-causing contaminants in the drinking water of millions of Americans, Congress has quietly made an important step toward getting rid of one of the products responsible for this widespread water pollution. On April 27, the House of Representatives passed legislation that would free the Federal Aviation Administration from longstanding requirements that commercial airports use firefighting foam that contains the chemicals.

For decades, FAA policy has been to require airports to use firefighting foam that meets specifications developed by the Navy. Those standards mandate the use of fluorinated chemicals, a term that includes PFAS, all of which persist indefinitely in nature. While most of the thousands of chemicals in this class have yet to be studied, research on several of them has shown that they accumulate in the human body and are linked to a long list of health conditions, including decreased immune response, reproductive problems, and cancers.

Because of concerns about PFOS and PFOA, the best-known members of this class of chemicals, the Department of Defense has already begun a multi-year process of phasing out those two particular compounds from firefighting foam. As The Intercept reported in February, at least 77 airports around the world have already stopped using foam that contains the chemicals. But the Defense Department’s process is far from complete, and because the military specifications for firefighting foam still require the use of fluorinated compounds, the military has been engaged in the expensive process of replacing the foam made with PFOA and PFOS with a newer version of the product that contains slightly tweaked versions of the same chemicals.

A provision of the FAA Reauthorization Act of 2018, which passed the House in April by a 393 to 13 vote, states that commercial aircraft manufacturers and airports “shall not require the use of fluorinated chemicals.” It would apply to 533 airports in the U.S. and allow the airports and aircraft companies to stop using foam containing those chemicals within two years of the law’s passage. The military, however, seems no closer to abandoning these substances.

The Navy began using such foam to put out jet fuel fires and train firefighters to respond to fires in the late 1960s — and the rest of the military, commercial airports, and many private companies soon followed suit, as did many foreign military forces and airports. In the U.S., contamination that resulted from PFAS chemicals seeping into the ground and drinking water where the foam was used is now expected to cost at least $2 billion.

At the recent PFAS summit, Maureen Sullivan, deputy assistant secretary of defense for Environment, Safety & Occupational Health at the Department of Defense, said that 401 military installations had at least one area with a known or suspected release of PFOS or PFOA. (Despite repeated inquiries, The Intercept was not invited to attend the summit.)

A March report, tallied the 401 impacted installations as of August 2017, but testing was ongoing, so the total number of installations may exceed that number. In 2015, the Department of Defense provided The Intercept with a list of 664 military fire and crash training sites where the foam was used.

The Senate has yet to vote on its version of the FAA reauthorization bill. A 2017 version of the legislation did not contain any language about the chemicals. The provision addressing the use of chemicals in firefighting foam was added to the House FAA bill earlier this year. A Republican aide to the Senate Commerce, Science and Transportation Committee told The Intercept that “the committee is seeking an opportunity for floor consideration for the bill.”