Mick Mulvaney Is Required by Law to Meet With His Consumer Advisory Board. But He’s Refusing, Board Members Say 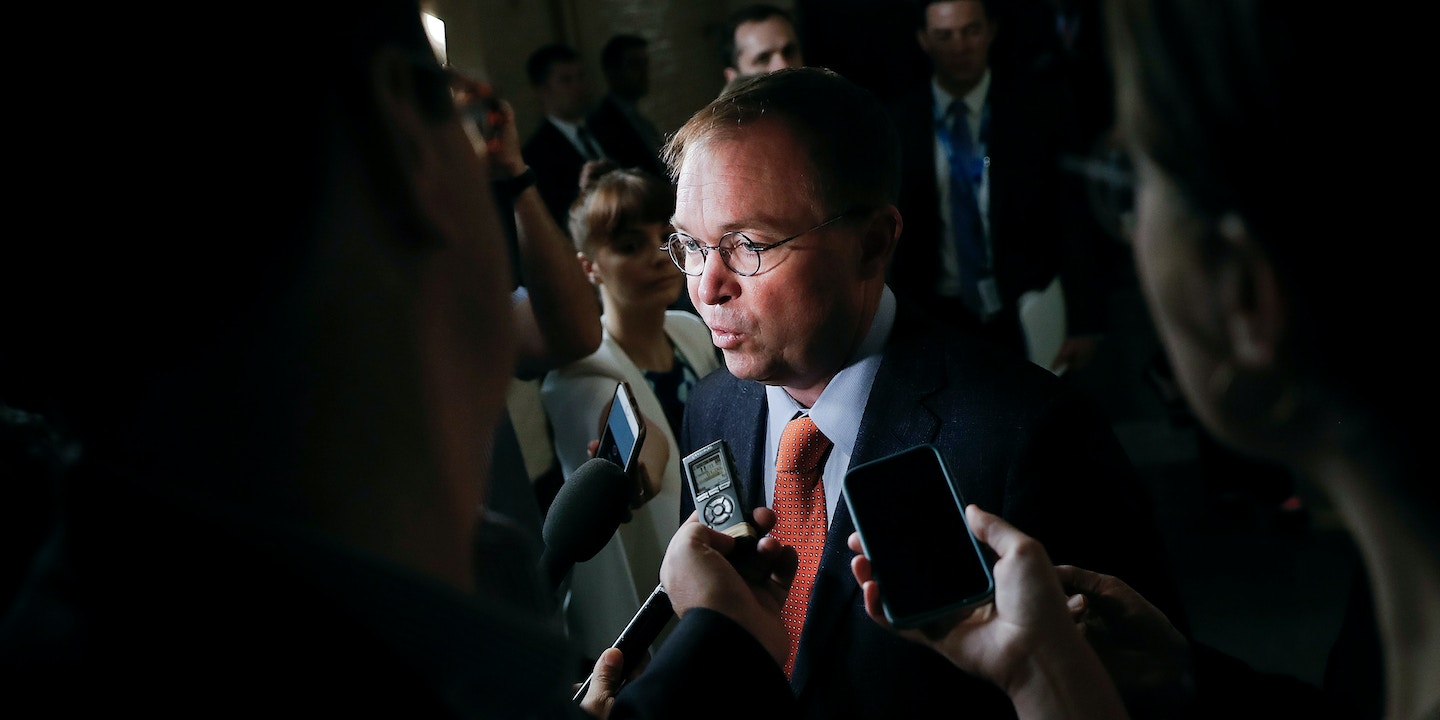 The leadership of the Consumer Financial Protection Bureau is required by law to hold in-person meetings with its consumer advisory board, yet according to more than a dozen of its members, they are refusing to do so.

“It appears the bureau does not want to engage with us,” said Ann Baddour of the consumer organization Texas Appleseed and chair of the current Consumer Advisory Board, or CAB, who joined a conference call Monday with other board members who have decided to speak publicly. “Staying silent would violate our ethical responsibility to the bureau and the American people.”

The CFPB, under Acting Director Mick Mulvaney, has canceled two in-person meetings with the CAB, as well as numerous conference calls. Contact has been limited to one phone call in March that was supposed to last one hour but ended after 20 minutes. The most recent cancellation was for a scheduled meeting this week; members only found out about it when they coordinated with CFPB to make travel arrangements.

Section 1014 of Dodd-Frank mandates the creation of a consumer advisory board of experts to consult with the CFPB about emerging practices and concerns within the lending industry and across the country. The board, whose 25 members are drawn from academia, consumer groups, and the financial services industry, “at a minimum, shall meet at least twice in each year,” per the statute.

Under previous CFPB Director Richard Cordray, the CAB met in two-day sessions three times a year, with Cordray or senior staff present for the entire period. The CAB would discuss rule-making, enforcement issues, financial education materials, and more. “Since the change in leadership we’ve seen a change in the lines of communication,” Baddour said.

CAB members released two letters to Mulvaney, one from May 18 from Baddour, and another from 15 members on May 25, after they learned of the most recent cancellation. “The undersigned members of the CAB are extremely concerned that that our collective input is not valued,” the members wrote.

CFPB has four different outside advisory boards, including an Academic Research Council, Community Bank Advisory Council, and Credit Union Advisory Council. None of those boards have met with CFPB staff either since Mulvaney took over.

CAB members have expressed concern with more than just refusing to meet, but the entire strategic direction of the CFPB. Since taking over last November as acting director, Mulvaney has overseen efforts to sideline enforcement, undermine the offices of fair lending and student loan enforcement through restructuring, sought to delay a major rule governing payday lenders, and temporarily freeze consumer complaint data collection. The CAB was not consulted on any of these changes.

“It’s disturbing to watch the current administration of this bureau do so much to undermine the bureau’s core,” said Lynn Drysdale of the low-income law firm Jacksonville Area Legal Aid. Drysdale, who is vice chair of the CAB, highlighted the return of risky mortgage products into the marketplace as a result of lighter oversight. “The present administration is more concerned with restructuring and installing political staff than protecting consumers,” Drysdale said.

In March, the CFPB published a notice in the Federal Register to add up to 10 new members of the CAB. The new leadership certainly has the wherewithal to shuffle in new members. However, as Suffolk University Law School professor Kathleen Engel pointed out, those new hires would have to comply with the Federal Advisory Committee Act, which requires balanced composition of all advisory boards. “You couldn’t stack the CAB with consumer advocates or industry representatives,” Engel noted.

It’s unclear what recourse the CAB would have if CFPB continues to refuse to meet. “We are hoping that the acting director will start following the law and be open to feedback and input from a body that has provided valuable engagement for many years,” said Chi Chi Wu with the National Consumer Law Center.

In a statement, a CFPB spokesperson praised the advisory boards and councils for providing “valuable advice and consultation,” but then added, “it is natural that new leadership would re-evaluate its community and consumer outreach efforts, and that will necessarily include consideration of the timing, frequency, content, and other aspects of the Bureau’s meetings.”

The spokesperson said that the CFPB would meet all statutory obligations for the advisory board, including the requirement for two in-person meetings and “is committed to expanding its external engagements and hearing from a diverse range of consumer advocacy, civil rights, and industry voices.” The bureau has seven more months to complete that task.

Top photo: Mick Mulvaney speaks with members of the media after meeting with House GOP members on Capitol Hill in Washington on May 8, 2018.