The report doesn’t delve into the body of research on the strong association between firearm access and suicide deaths. 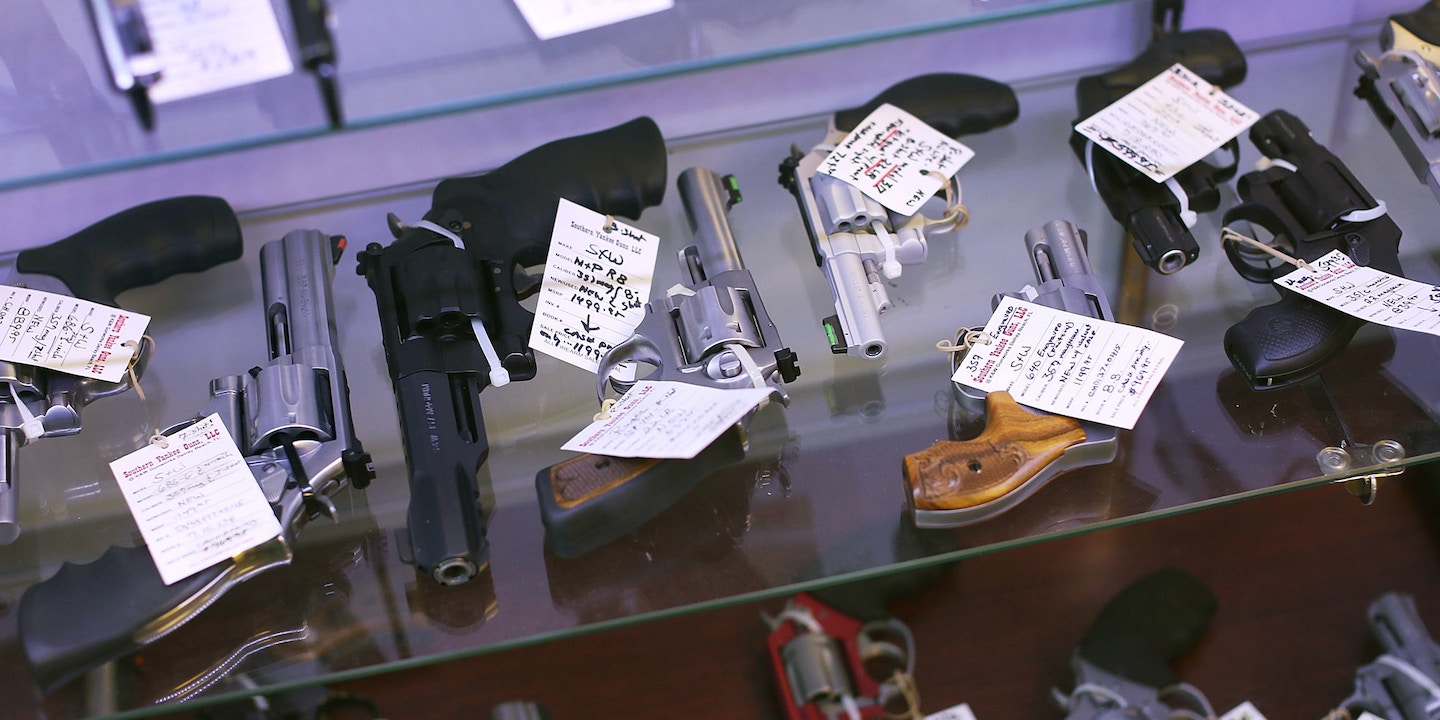 A new report from the Centers for Disease Control and Prevention shows that suicide rates have increased dramatically across the United States. From 1999 to 2016, 49 states saw suicides increase by 5 percent or more, and 25 of those states saw increases of a staggering 30 percent or higher. By 2016, almost 45,000 Americans were taking their own lives every year.

While the CDC report notes that guns are the most common method for these suicides — accounting for about half of all cases — it fails to underscore the extent to which these alarming rates may be attributable to the country’s utter saturation with civilian firearms.

“It’s not just about firearms,” Deborah Stone, the lead author of the study, told NPR. “It’s also about other methods of suicide, such as hanging, suffocation, poisoning, and the like.”

Research consistently points to a strong association between firearm access and suicide deaths.

While it may be true that suicide rates are increasing across the board, research consistently points to a strong association between firearm access and suicide deaths, independent of other factors. In a country that has as many privately owned guns as it does people, this presents a unique public health problem.

“Cut it however you want,” the Harvard School of Public Health’s Deborah Azrael put it in 2013. “In places where exposure to guns is higher, more people die of suicide.”

The reason for this is relatively simple: Unlike other common methods of suicide, firing a gun is an immediate, irreversible, and reliably lethal act. And because suicide is, more often than not, impulsive — and the time between ideation and action is short — firearm access is uniquely deadly if someone thinks to kill themselves at all. Gun suicide attempts end in death about 85 percent of the time, compared to less than 5 percent for intentional drug overdoses.

Because of this, the presence of guns in over a third of U.S. households greatly enhances the aggregate risk of suicide deaths. Variation in suicide rates within the U.S. supports this conclusion. A 2008 study in the New England Journal of Medicine compared states with the lowest household gun ownership rates (15 percent) to those with the highest (47 percent). While non-firearm suicides were basically equivalent in both groups, firearm suicides were about four times more prevalent in the latter. The more firearm-saturated population experienced about twice as many suicide deaths overall.

To be fair, the CDC does issue a mild recommendation regarding guns in its press release announcing the study: “Reduce access to lethal means – such as medications and firearms – among people at risk of suicide.”

This recommendation, however, is only really useful if suicide is a generally predictable phenomenon. Unfortunately, it’s not. The new CDC study itself found that 54 percent of suicide victims in 2015 had no known mental health conditions. And suicidal ideation can arise from a plethora of quotidian experiences that aren’t commonly documented or recognized as actionable mental health issues: financial distress, relationship crises, substance abuse, and so on. In these situations, individualized interventions and safer storage methods simply cannot substitute for not having a gun nearby in the first place.

Because it relies on Congress for funding, the CDC may have good reason not to emphasize the unique role of firearms in U.S. suicide rates. In 1993, the agency supported a study that found that people with guns at home faced a risk of suicide five times greater than those without. Three years later, Congress passed what’s known as the Dickey Amendment, which effectively prevented the CDC from funding targeted research into gun violence.

Top photo: Handguns are seen on display at the K&W Gunworks store on Jan. 5, 2016 in Delray Beach, Fla.