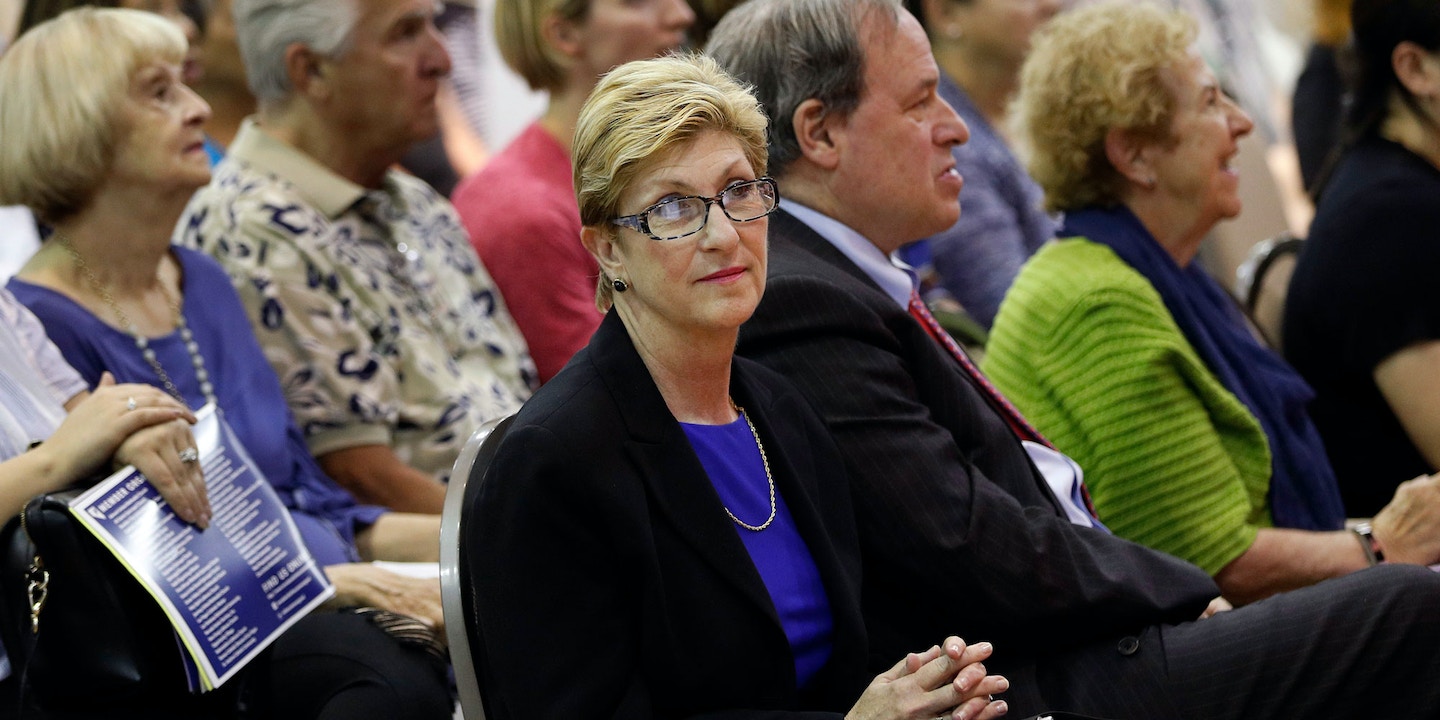 As teachers in red states work to elect Democrats to office this November, in-fighting in Nevada may threaten the state’s leftward shift. An increasingly tense two-year battle in Nevada between the statewide teachers union and the state’s largest local teachers union has spilled over into the Democratic primary for governor, and it may shape the outcome of Tuesday’s primary election.

Chris Giunchigliani and Steve Sisolak, both Clark County commissioners, will be squaring off in the Democratic primary, and the warring labor factions have placed their bets.

Giunchigliani is an avowed progressive who led the Clark County teachers union from 1983 to 1987, and was president of the statewide teachers union, the Nevada State Education Association, for the next four years. As a gubernatorial candidate, she’s been endorsed by the statewide union. But the local Clark County union she once led, which claims almost half the public school teachers in the state, has backed Sisolak, her far more moderate opponent.

Giunchigliani has a long history in state politics: She’s been a commissioner for Nevada’s largest county since 2007, and she served for 15 years in the Nevada Assembly before that. Sisolak, meanwhile, sat on the Nevada Board of Regents, which oversees the state’s higher education system, for the decade before he was elected as a county commissioner in 2008.

The primary split between the teachers unions is more than a matter of mere endorsements. Beginning in early May, a political action committee tied to the Clark County union, which represents Las Vegas-area teachers, started releasing anti-Giunchigliani TV ads, including one blasting her for exempting teachers from a law that expanded reporting requirements for sex offenders. The ad claims: “Chris Giunchigliani single-handedly protected perverts and kept parents in the dark about their child’s teacher.”

The ad references a story published recently in the Reno Gazette-Journal about a last-minute amendment to the 2005 law that Giunchigliani submitted back. Giunchigliani maintains that she introduced the amendment to ensure the bill’s passage, and that any suggestion that she is soft on predators is “deeply offensive.”

Giunchigliani responded this week with her own TV ad detailing the sexual abuse she suffered as a young girl and highlighting her record pushing for stronger sexual assault laws. Prior to the Reno Gazette-Journal story, she had never spoken publicly about her abuse.

The vote was scheduled after Clark County union leaders learned that their state delegates planned to vote at the end of April on a measure that would authorize the Nevada State Education Association to become “trustees” over local affiliates in the event of corruption or financial wrongdoing. Because the Clark County union had been withholding its due payments from the state union as its lawsuit pends, it would not have been eligible to vote on the trusteeship proposal. The state union called it a “common-sense” reform, but the Clark County union slammed it as a “hostile takeover” and evidence of a “dictatorship.”

The state union immediately responded to the Clark County union’s disaffiliation vote by launching a new Clark County local union —the National Education Association of Southern Nevada — which is now trying to compete with the CCEA for members. The CCEA says disaffiliation from the state union will reduce teachers’ membership dues from $810 per year to $510. The NEA of Southern Nevada advertising membership at $460 per year.

The CCEA’s disaffiliation signals a loss of millions of dollars to the state union, a financial blow that comes just as the Supreme Court prepares to issue its ruling in a case that could cripple public sector union finances.

Representatives from the CCEA and the NEA did not return The Intercept’s requests for comment.

In late May, another poll showed a dead heat between the two candidates. The poll was funded by Women Vote!, which works with EMILY’s List, a national organization that has endorsed Giunchigliani. Sisolak’s campaign dismissed the poll results.

Nevada has been helmed by a Republican governor, Brian Sandoval, for the last eight years, but the state has begun to make a leftward shift. In 2016, Nevada voters not only backed Hillary Clinton for president, they also elected a Democrat to the Senate and flipped two Republican seats in the House. On the state level, Democrats wrested back control of both legislative chambers. Sen. Dean Heller, who is up for re-election to the U.S. Senate, is among the most endangered Republican incumbents hoping to survive a potential blue wave.