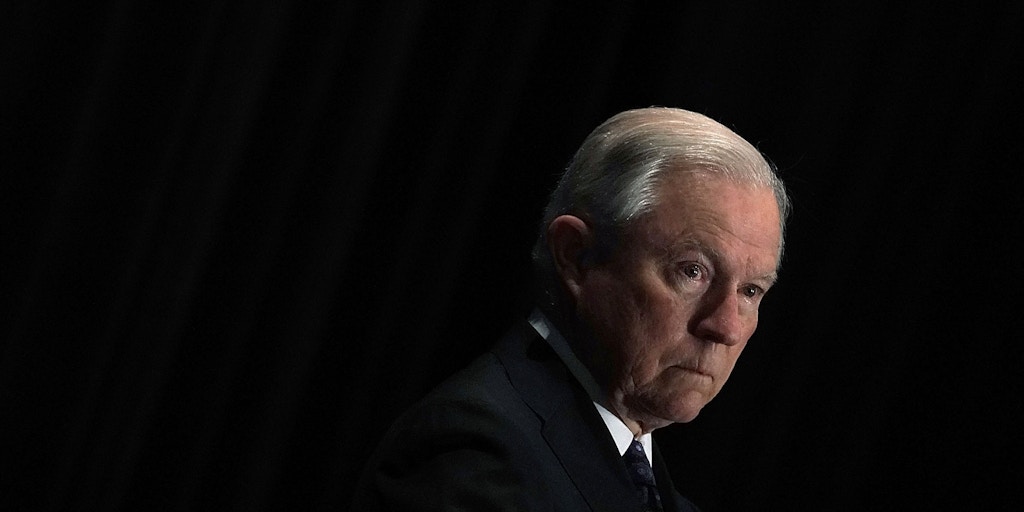 When the United Nations adopted the Declaration on the Elimination of Violence Against Women in 1993, it gave long overdue recognition to the fact that gendered domestic violence is not a private issue, but a public health and human rights concern for the international community. Attorney General Jeff Sessions’s decision this week to stop giving asylum protections for domestic violence victims stands in grim conflict with this principle.

On Monday, Sessions reversed an immigration court’s ruling that granted asylum to a woman from El Salvador whose husband had repeatedly abused her physically, sexually, and emotionally. The court ruled in 2014 that domestic violence victims constitute a social group when it comes to asylum considerations. But in a 31-page ruling with profound implications for immigration policy, Sessions wrote that “generally” claims on domestic and gang violence will no longer qualify for asylum and will not even reach the initial “credible fear” standard to allow an immigrant to have her asylum claim heard by a judge. Victims of domestic and gang violence, in other words, won’t even be able to have their claims for asylum heard.

The effect of Sessions’s ruling could be sweeping and immediate. Immigration attorneys have said this decision could invalidate tens of thousands of pending asylum claims from women fleeing domestic and gang violence, which often intersect, in Central America and Mexico.

Sessions reasoned that, as victims of “private criminal activity” perpetrated by nongovernmental actors, these asylum seekers fail to meet the legal standard to be considered asylees. Yet in conjuring the legal category of “private” crime — which has no legal meaning — Sessions and his Justice Department rejected the idea that epidemic levels of domestic violence put women in the societal position of a persecuted group. It is the very sort of logic — framing gendered violence as a private, rather than a systematic, human rights issue — that has enabled centuries of domestic abuse without any accountability.

“His claim that this is a ‘private crime’ is a return to a misogynist framework that assesses women as property.”

“His claim that this is a ‘private crime’ is a return to a misogynist framework that assesses women as property,” Mara Verheyden-Hilliard, executive director of the Partnership for Civil Justice Fund, a human and civil rights legal organization, told me. She said that under Sessions’s determinations, “Crimes against women as chattel by the masters of a household or relationship thus are not human rights violations, but just ‘personal circumstances.’”

“There is no special status for ‘private crime,’” Verheyden-Hilliard stressed.

The attorney general has been floating plans to reverse asylum case law’s treatment of domestic violence for some time. In an October speech to immigration judges in which Sessions expressed suspicions about asylum claims based on domestic violence, he said asylum should be reserved for those persecuted “based on fundamental things like their religion or nationality.” It was an obvious precursor to his intervention this week, with which he made clear that the systematic treatment of women as second-class citizens, who can be raped and disposed of, is not a “fundamental thing.”

Under the guidelines interpreting the U.N.’s 1951 Refugee Convention, persecution and crimes against women that occur because of their gender, such as rape, are criteria for which women and their children can claim asylum. The U.S. is not a party to the convention, but is party to its protocol. Yet gendered violence has only been included in U.S. case law in recent years.

While domestic and gang violence victims are not explicitly named in the accepted legal definition of “asylee,” the current definition is not as narrow as Sessions presents it as being. The law includes persons persecuted “on account of race, religion, nationality, membership in a particular social group, or political opinion by a government actor and/or a non-governmental actor that the government is unwilling or unable to control.” The immigration court’s 2014 decision to include certain domestic violence victims as a “particular social group” whose persecutors “the government is unwilling or unable to control” was an extension of the “social group” category.

The situation for certain women in El Salvador, Guatemala, and Honduras is perilous by virtue of their position as women living in poverty and around gang violence.

There should be little doubt that the situation for certain women in the “Northern Triangle” nations — El Salvador, Guatemala, and Honduras — is perilous by virtue of their position as women living in poverty and around gang violence. A 2016 report from a U.N. special rapporteur on violence against women in El Salvador found that “impunity for crimes, socio-economic disparities and the machista [machismo] culture continue to foster a generalized state of violence, subjecting women to a continuum of multiple violent acts.” Amnesty International reported in 2014 that in El Salvador, “high rates of violence, low reporting, and impunity” enable prolific violence against women. The situation, echoed in Guatemala and Honduras, has driven women to flee in increasing numbers.

There are no statistics detailing how many pending asylum claims relate to domestic or sexual violence, but women from Central America have been successful in gaining asylum on these grounds since the 2014 ruling. According to the Department of Homeland Security, before 2011, over 90 percent of migrants who asked for refuge were “single adult males.” Currently, around 40 percent are “families and children.” An analysis from Reuters said, “at least 230,000 of the 711,000 cases before U.S. immigration courts involve asylum petitions from Central America and Mexico.”

While President Donald Trump uses racist tropes to casts all immigrants from Central America as gangbanger rapists, it is well established that gangs such as Mara Salvatrucha (also called MS-13) and Barrio 18 (also called M-18) use rape as a tactic to establish power and terrorize local populations in their home countries. Were the racism and misogyny not so blatant, there would be a discomforting irony in Trump’s citing of rapists and gang members to bolster a “zero tolerance” immigration approach that does more to hurt rape victims than their rapists and abusers.

The problem is not only with Sessions’s cruel interpretation of the category of “asylee” under U.S. law. His ability to make this ruling speaks in part to the outdated asylum definitions undergirding American immigration law. As New York-based immigration attorney Michael Wildes told me, the “special group” category in which domestic violence victims have been included “was intended to include individuals who are recognized as a visible and ostracized group in a given society. A good example would be LGBTQ individuals in the former Soviet countries.”

Unlike a number of immigration advocates, Wildes agreed with Sessions’s ruling that current asylum law does not support an expansion of the “social group” category to include domestic violence victims. But he noted that this omission highlights the need to expand our current definition of asylum. “Our asylum law is stuck in the Cold War,” he said. “We don’t have as many communist dissidents fleeing to our shores and filing for asylum. We do have people from Latin America who credibly fear for their lives due to gang violence, but who do not fit into our antiquated asylum categories.”

With an administration keen to use these legal definitions in their most restrictive sense, the idea of category expansion seems a distant goal. The best hope now is that immigration advocates, attorneys, and judges take up other cases that will challenge Sessions’s decision and reject the framing of systematic, gender, and sexual violence as a “private” misfortune.