Trump Has Appointed Some Major Corporate Cronies, but This FTC Stooge Might Beat Them All

Andrew Smith, the newly installed head of the Bureau of Consumer Protection at the Federal Trade Commission, represented an array of miscreant companies. 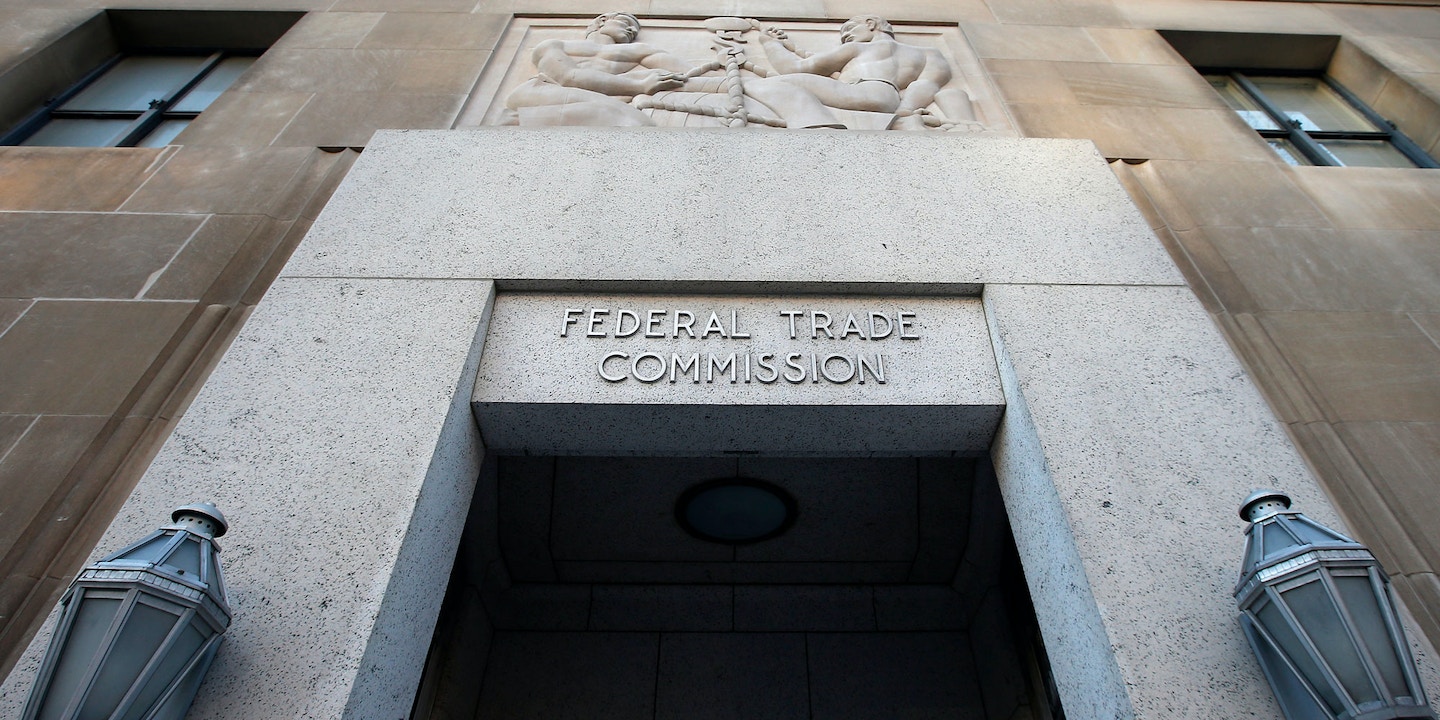 Andrew Smith, the newly installed head of the Bureau of Consumer Protection at the Federal Trade Commission represented an astonishing array of miscreant companies, both large and small, during his four-year tenure at the corporate law firm Covington & Burling, according to a financial disclosure form released Wednesday.

Public Citizen obtained the financial disclosure through a Freedom of Information Act request and provided it to The Intercept. The form lists 54 different clients Smith worked for over an undefined period of time. He began at Covington & Burling in 2014. Under conflict-of-interest standards, Smith would likely have to recuse himself from investigations of all of those companies, including several already under investigation by the FTC. (Smith’s disclosure can be found here.)

“Consumers deserve a consumer protection advocate in this position, not a hired gun for corporate sharks,” said Remington A. Gregg, Public Citizen’s counsel for civil justice and consumer rights. “Even in instances where Smith is recused from participating in decisions that pertain to former clients, his many perceived conflicts of interest do not instill confidence that he is first and foremost looking out for consumers’ best interests.”

The Smith selection was controversial. Both Democratic members of the commission voted against him, a rarity for staff picks. “The Director should be our quarterback on the agency’s top priorities. But, I fear our quarterback will be spending too much time on the sidelines,” wrote Commissioner Rohit Chopra, one of the Democrats who dissented, referring to the expected recusals.

At that time, it was already known that during his Covington & Burling career, Smith represented Uber, Equifax, and convicted online payday lender Scott Tucker. Tucker was fined $1.3 billion by the FTC; the other two have active investigations with the agency, both over data breaches that exposed the personal information of hundreds of millions of Americans. Smith also reportedly represented Facebook, another firm under FTC investigation, though the company’s name doesn’t appear on the disclosure form.

But Smith’s legal work for companies with questionable commitments to U.S. laws doesn’t stop there. For example, Smith, who made $1,612,500 last year at Covington & Burling, received compensation for legal services from practically all of the nation’s large financial firms, including Wells Fargo, JPMorgan Chase, Capital One, American Express, Bank of America, Goldman Sachs, BBVA Compass, Synchrony Financial (a maker of branded credit cards for department stores), PNC Financial Services, and the American Financial Services Association. Financial companies linked to Smith have paid tens of billions of dollars in fines for securities and consumer protection violations.

During the foreclosure crisis, corrupt mortgage servicing companies pushed borrowers into foreclosure deliberately to collect fees, and forged documentation to get judgments in court. Smith also represented a top player in that foreclosure machine, Altisource Portfolio Solutions, a company linked to notorious mortgage servicer Ocwen. Altisource’s CEO William Erbey was forced to resign for a series of abuses, including backdating letters to borrowers to make it impossible to challenge their denials of mortgage modifications.

It gets worse. Smith represented the Online Lenders Alliance, a lobbying organization composed mostly of payday lenders who dodge state limits on interest rates and fees by setting up shop on the internet. Among the online lenders Smith individually represented were MoneyKey, Elevate Credit, Credit Karma, and Plaid, a company that facilitates direct connections from companies to consumer bank accounts.

Smith also represented the Consumer Data Industry Association, the trade group for credit reporting companies, on whose behalf he testified at a congressional hearing about data breaches. He represented Cash America International, a brand of pawn shops and cash advance stores with 859 locations nationwide.

Other names on the disclosure are among the biggest companies in America. He represented Disney, recently criticized by Sen. Bernie Sanders over inadequate pay for workers at its theme parks. In the tech giant space, he represented Amazon, Microsoft, and Microsoft subsidiary LinkedIn. Adding health care to the mix, he represented the Pharmaceutical Research and Manufacturers of America, as well as Cardinal Health, a top pharmaceutical distributor which faces 350 lawsuits for aiding in the trafficking of opioid pills.

To cap off his service to the most hated brands in America, Smith represented the limited partners that built the stadium for the Dallas Cowboys.