Before construction began on the base, polls showed half of the respondents in Niger believed the U.S. was fighting against Islam, not terrorism. 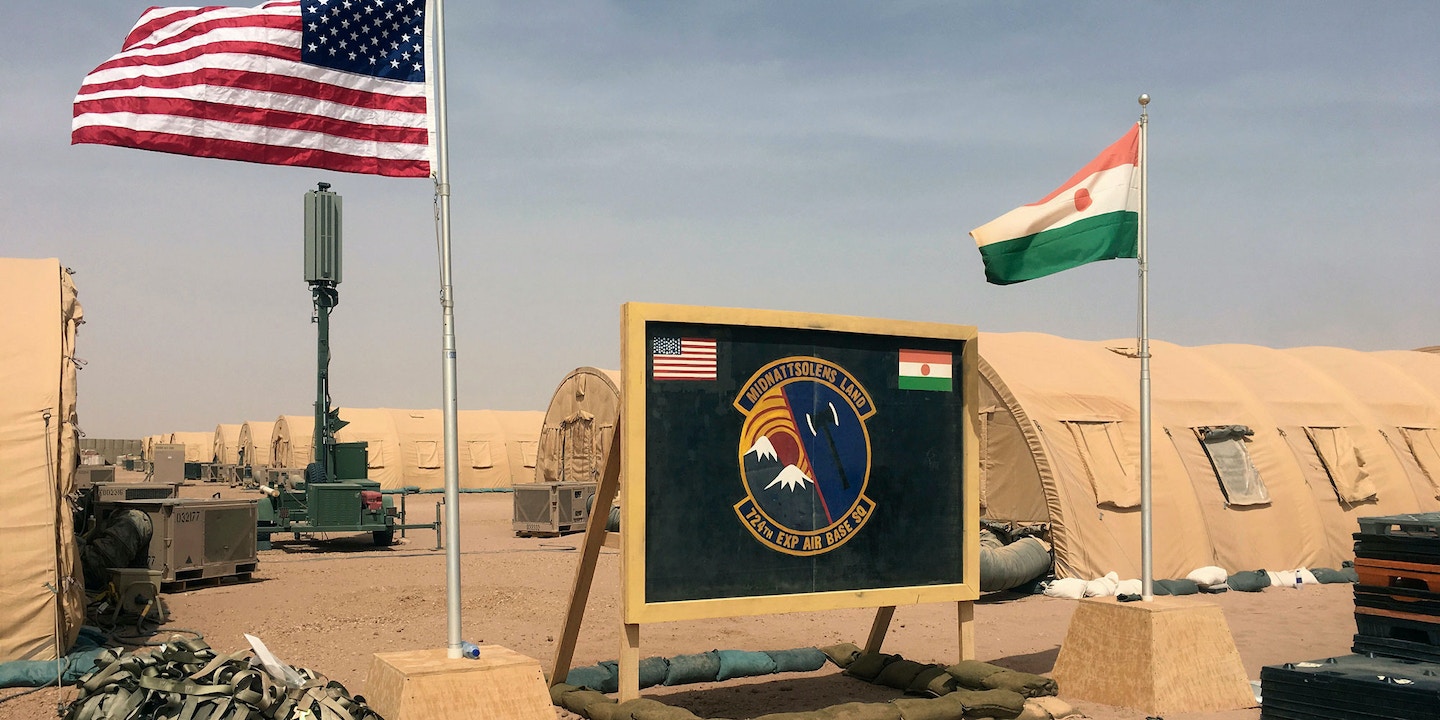 Before the U.S. military began building its $100 million drone base in Agadez, Niger, U.S. Africa Command and the State Department took the temperature of locals through public-opinion surveys. The results indicated mixed feelings about the United States and its motives in the region — and take on added resonance in the wake of an ambush last October in Niger that killed four American soldiers.

“The devout of Agadez are divided on variables associated with violent religious extremism,” reads a military report that contains data from surveys conducted in 2012 by the polling firm ORB International. The 2013 report by U.S. Army Africa, which is the Army component of AFRICOM, is titled “Special Assessment: Agadez, Niger – Strategic Crossroads in the Sahara,” and was obtained by The Intercept via the Freedom of Information Act.

A July 2012 survey found that 83 percent of Agadez respondents believed that American and European cultures pose a threat to traditional Muslim values. Nearly 50 percent were convinced that the United States is fighting Islam, rather than terrorism, across the Muslim world. And 40 percent believed that using violence in the name of their religion was always or sometimes justified.

The surveys were carried out just before Niger signed a status of forces agreement with the U.S. in 2013 that provided legal protection for American personnel, setting the stage for expansion of U.S. military activity there. Since then, the 100 troops sent to carry out drone reconnaissance missions have multiplied eightfold and one drone base in the capital, Niamey, will soon be joined by an outpost deemed the “top MILCON [military construction] project for USAFRICOM,” according to formerly secret AFRICOM documents published by The Intercept in 2016.

While residents of Agadez expressed strong support for cooperating with the U.S. and Europe to “combat terrorism” and positive overall opinions of the United States before the escalation in U.S. military activity in their country, the report nonetheless noted, “Skepticism is high regarding U.S. intentions in the region.”

That skepticism has since given way to something far more malign. The country is now a hotbed of extremist groups — including Al Qaeda in the Islamic Maghreb, the Islamic State of Iraq and ash-Sham-Islamic State West Africa, ISIS-Greater Sahara, ISIS-Libya, and Boko Haram — according to the U.S. State Department.  Most of the organizations weren’t operating in Niger or didn’t even exist when ORB conducted its polling.

In April 2016, U.S. Air Force personnel may have foiled a potential attack on the Agadez base by aiming their rifle-mounted lasers at people in trucks speeding toward the perimeter fence, according to a posting on the official Air Force Facebook page. In fact, Agadez, and every other location in Niger outside of Niamey, is now deemed so dangerous by the U.S. government that embassy personnel are “required to travel only during daylight hours in a minimum two-vehicle convoy accompanied by armed Nigerien government security escorts,” according to the State Department.

One of the new terror groups in Niger, ISIS-Greater Sahara, claimed responsibility for the October 4, 2017, attack near the Mali border, about 600 miles from Agadez, that killed the four U.S. soldiers and wounded two others.  Some reports suggest that villagers with whom U.S. personnel were attempting to make inroads instead tipped off the Islamic State affiliate. In the wake of that debacle, the general in charge of United States Special Operations forces in Africa reportedly ordered U.S. troops on the continent to “plan missions to stay out of direct combat or do not go.” Doundoun Cheffou, the militant leader that U.S. troops were pursuing when they fell victim to the October ambush, is suspected of involvement in the 2016 abduction of American aid worker Jeffery Woodke from a region neighboring Agadez.

Kidnapping is endemic to the area. While African migrants are most often targeted, Westerners (like the German humanitarian worker kidnapped in April) have also been victims.  In 2010, members of AQIM abducted seven foreigners, including five French nationals, working at the French Areva uranium mine in Arlit, north of Agadez. Three years later, Islamist militants carried out coordinated attacks on a Nigerien military base in Agadez, killing 23 soldiers and one civilian, and at the Areva mine, killing one worker. ORB polling for AFRICOM in July 2012 found that a significant minority of respondents in Agadez believed that foreign corporations were legitimate targets for attack. Some 44 percent said they believed that using violence against large corporations was justified.

“The Agadez region is one of the most strategically important locations in northwest Africa,” reads the military assessment that includes the polling data. The report, which references agreements concerning “drone basing operations” and efforts to increase cooperation between the U.S. and Niger, cryptically notes that one of its objectives was to “develop early warning indicators.”

Top photo: Flags of the United States and Niger fly side by side at the base camp for Air Force and other personnel supporting the construction of Niger Air Base 201 in Agadez, Niger on April 16, 2018.